The ACP Yomi Shogunle Tweet that got Users Talking 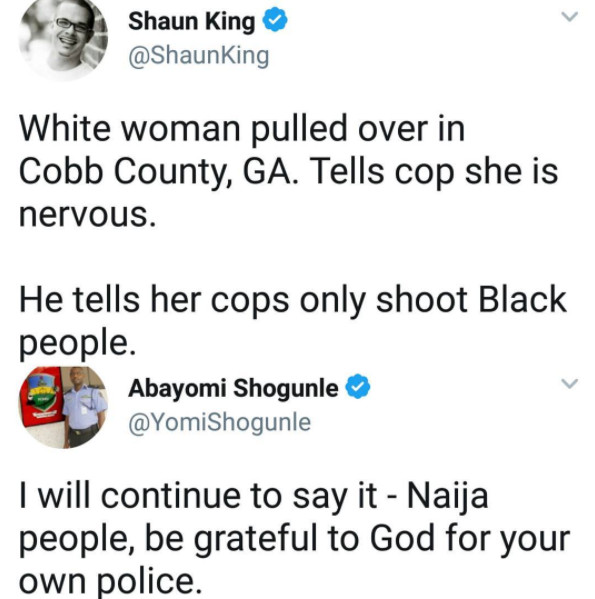 ACP Abayomi Shogunle sent a tweet on Friday that got users on the platform talking. Shogunle is the head of Police Public Complaint Rapid Response Unit.

Last week, news broke about an Atlanta cop who said “Remember, we only shoot black people” to a lady in the car during DUI stop.

The officer, who is being investigated was said to have made the statement after the lady hesitated in taking her phone out of where she kept it for fear of being shot at.

Shogunle, quoting a tweet with the link to the story wrote: “I will continue to say it – Naija people, be grateful to God for your own police.” Lookalike hired to stand as Buhari in Nigeria – Nnamdi Kanu