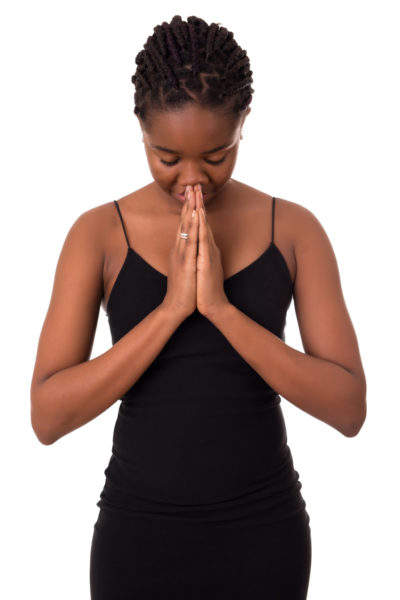 “Chioma isn’t that bad oh. If you ask me, the real ashawo is Amina. That one that acts like she’s a saint; the number of people that have been in there are enough to form a small country!” The girls burst out laughing.

“Ogor, your mouth is bad ooh! May the day never come that people carry your gist oh because I know it will be bloody.”   Cynthia remarked. They had all found their way to Cynthia’s for the day, as they had nothing else to do. They had graduated from University of Abuja and the euphoria of graduating had worn off and had now been replaced by the impatience that came with waiting for NYSC posting to begin.

“My gist may come out one day oh, but God forbid that I’ll cast like Amina. That one does not even pity for herself.” Ogor replied. The room fell quiet after that. No one volunteered any more gossip and one by one the girls fell asleep.

Ogor woke up with a start. What’s today’s date? She thought. She had just woken up from a nightmare where she was heavily pregnant in her corper’s uniform and other girls walked by, making poor attempts at concealing their disgust and laughter.  She jumped up, almost waking Cynthia and Irene. She towered over the bed, scanning the visible areas for something. Finally she caught a glimpse of her target. Her phone. Irene was lying on it. She could only tell because of the led light that faintly blinked leaving a reflection on the bed. She had to move Irene and manage not to wake her. She didn’t want her asking any questions. She used the back of her arm to wipe of the layer of sweat that had now formed on her head. She needed to get that phone.

She tried to reach under Irene to pull it out but the girl had covered it completely, it was  a miracle that she had even been able to spot it. Next she tried to gently turn her over, pushing her little by little, just so she wouldn’t wake up. Just when it seemed like she had made enough progress to slip her hand under Irene’s sleeping body to retrieve the phone, she became semi- conscious and moved her body right back to the position she had been initially.

Ogor almost lost it at that point. She walked out of the room, too pensive to bother to wipe off the new layer of sweat that had appeared. “Calm down” she said to herself. “Just think. How can you get this phone?”
Just then, she noticed Cynthia’s phone that had been charging in the corridor. She could just call her phone. It would vibrate and Irene would wake up long enough to allow her collect it. She unplugged the phone and picked it up.

The issue now was remembering Cynthia’s password. She tried it once and phone vibrated in that way iPhones did that made the numbers move like they were objecting. She gave a second guess and got it wrong again. Then she moved to the doorway and looked at her friends sleeping so soundly on the bed while she stood, trying to decipher whether her life as she knew it had ended. She really needed that phone! She picked up Cynthia’s phone again and took a deep breath. It had to work this time. With the precision of a bank teller on a calculator, she typed in ” 4…7…5…6″ and squeezed her eyes shut immediately hoping the phone would open. She opened them two seconds later and found it unlocked. “Wasn’t that what she had punched in the first time?” she thought.  She said a silent prayer and proceeded to dial her number, hoping that indeed it would vibrate and not ring out loud.

God granted her little prayer. The phone began to vibrate under Irene but she didn’t even stir. It buzzed and buzzed but not even an eyelash moved. She couldn’t believe what a deep sleeper Irene was and why she had to learn of it today of all days.
She dialled the number a second time. This time as it rang she moved closer to the bed, on what seemed like the fourth ring Irene finally stirred. Ogor tapped her and said ” My phone is under you, please move.”

She turned to the side to let her have the phone. Why hadn’t she just woken her sooner? She reminded herself that she didn’t want to have to share the news just yet.
She grabbed the phone and made a mad dash for  the bathroom. She found her way to the thing that had been bothering her for the past twenty minutes- Period Calculator.

On opening the app, she saw it right there in bold lettering on the home page…” Period is 2 days late.” The sound her heart made was audible. She used her right hand to steady her left hand which was now shaking. ” Pregnant!?”  How could she have been pregnant. She sat on the edge of the bathtub trying to remember when her last period was  and trying to remember who she had been with since then. Her heart was pounding as she tried to calculate when and with who she hadn’t been careful. Just then, she remembered what Cynthia had said about how it would be bloody the day she casted. Karma and mother nature had met up to punish her, she thought. They had really put their back into this one.

She couldn’t be pregnant. Not because it wasn’t physically impossible. She had certainly been naughty lately, but so had a lot of other people who got away with it. Her parents would kill her. She was too broke to raise a child. Where was she supposed to start? Who was the father?  After retracing her steps, or in this case, missteps in the past few weeks, she decided it was between the guy she had met when she went clubbing with her friends. She didn’t consider him highly enough after the escapade to collect his number and  she couldn’t quite remember his name along with a good portion of the events that had happened that night. The second option was Ejike. They had this love-hate relationship which was presently set on hate. It was a case of an invisible frying pan and an aggressive fire.

All the thoughts in her head had brought with them a migraine. She dragged herself out of the bathroom and went and stood by the bed. Cynthia and Irene were still asleep. She moved Cynthia’s leg and reclaimed possession of her previous sleeping position. She would have to deal with motherhood later.

Once again, she woke up with a start. It wasn’t a nightmare this time. She ran to the toilet to ease herself. As she sat on the toilet seat, she remembered her new predicament and heaved a sigh. She was just about to throw in the used tissue when she noticed a colour on it. She lifted it to her face and saw it was indeed red. Her period had come!  She flushed the toilet and got on her knees  “Thank you God for saving me from karma and Mother nature! I’ve learnt my lesson from this! I’ll never EVER gossip again!”

“Is everything ok Ogor?” She heard Cynthia ask from the bedroom.
” All is well my dear!” She said as she stood and dusted her knees.

Mrs Kush: How to Keep Your Man with Food (The African Culture Edition)

Your Better Self with Akanna: 5 ‘Silly’ Things You Should Be