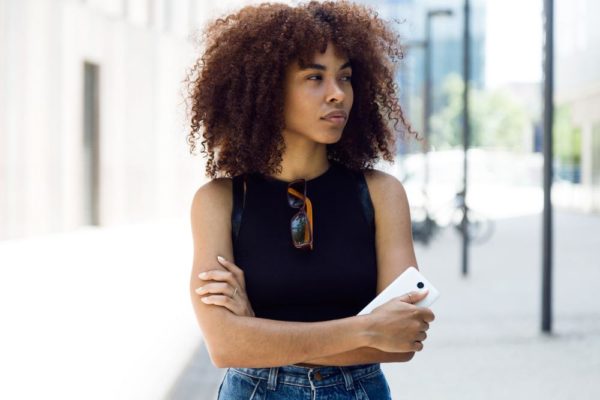 They are all over the happening lounges, clubs and eateries in Lagos and Abuja.  They are still trying to keep up appearance while pretending that they are sitting in Starbucks in Manhattan. You cannot miss them; they are quick to engage you about life in New York or LA or any backwater town in the US they have lived in while punctuating their discussion with “It’s so freaking hot”, “I just came back” and “When I came back”. They try to differentiate themselves from the rest of the crowd by making sure their American accent is more pronounced than those of the Americans. They wear their college rings and other college memorabilia so conspicuously and wave their hands so enthusiastically when talking so you see the ring. They act like they are the messiahs Nigeria has been looking for. Welcome to the world of the “I just came back” a.k.a returnees.

Do not mistake them for deportees, as they are not. They are mainly in their twenties with a few in their early thirties and many of them are children of the rich and middle class who schooled in the Western world. Some left as early as secondary school age and never returned until they finished their first and second degrees. They are like aliens in their own country – confused as to where they belong. Many did not return because they love Nigeria but because of one or all of the following reasons;

Upon their return, they spend their time on Facebook, Instagram and Snapchat following the lives of their friends or classmates still living abroad and posting pictures of their own lives, but only reporting locations and events that make it look like they are finally living the life.

When they are applying for jobs, they never want entry level positions because they feel that with their Western education they deserve better than other applicants trained in “the useless Nigerian universities”.  When you hear them at interviews, they act so arrogant that you feel they should be on the opposite side interviewing you.  Alas! When you finally hire them, they have such an attitude that if they do not get with the program and realize that their situations have changed, they do not last more than 1 year in any given position.  In fact, I hear that some companies in Nigeria have started kicking back and have unofficially decided not to hire returnees, until they have worked at least a few years in Nigeria. After all there is a limit to which being a wiz in Excel and Powerpoint can do for any company.  The last resort is that those whose parents have businesses just end up working for them, and the nuisance value is then retained in the family territory.

I think what shocks them most when they return is that Nigeria has moved on, and then they realise that schooling in the US is not the be all and end all. The fashion or party scene that is supposedly big in America turns out to be bigger and crazier in Nigeria… if you know the right people. The cars that maybe only celebrities drove in the US are being driven by regular people in Nigeria, who even paid cash!

The friends and classmates they left to go school abroad have vaulted past them, so it makes them start second guessing if it was a good decision to school abroad. I know the son of a friend who refused to take any job his parents helped him to get because the entry salary was N250,000 a month and it couldn’t sustain his lifestyle. Efforts to make him understand that many entry jobs in Nigeria were less than N250,000 did not make him alter his decision. This was mainly because he was converting N250,000 to dollars;  of course that will not also make sense to me if I were in his shoes too.

I remember meeting one of them returnees at an event in Lagos recently ,and when he went on and on about the London party scene and how he lives the luxury life and I just said “nice; so what were you doing over there to afford all of that?” His stuttering confirmed my suspicion that he was probably another flunky who had come home to show off.

Life is hard enough in Nigeria without them making it harder on themselves by being under so much pressure to keep up appearances. Where these returnees are now is not where they probably thought they will be at this time, but life is in stages and things can change at any time. With the right mindset, one can achieve that good life in Nigeria, even better than those abroad! Live according to what you have, make the best of the “bad” situation, rather than spending all that time faking it.

For you still in diaspora, pity them, sympathise with them, but never laugh at them… as you never know when you will also become an “I just came back” too.

First Time Experience at a Fancy Dinner? Here are Some Tips to Guide You Through it