The Unvarnished with 'Bimbola Adeluwoye: Is God a Christian? 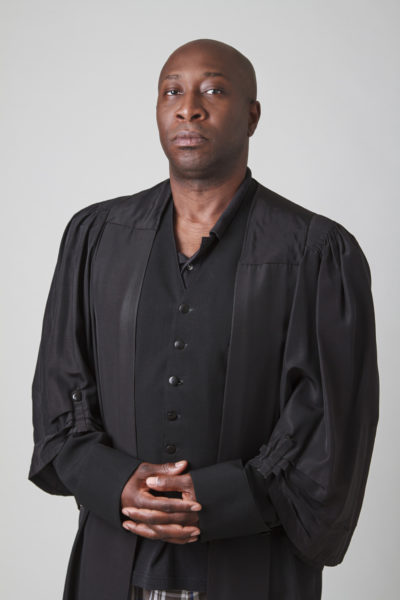 One of the more acceptable religions in the world is called Christianity.  According to the Bible, it came about because some people, who were followers of Jesus Christ, fled to a place called Antioch. Now, the Bible does not say much about how this came about – except to say that it happened after they were visited by Barnabas, who was “a good man; full of the Holy Spirit and faith”. His life exemplified these attributes so much that it rubbed off on the other believers around him.  It therefore proved that these attributes were viewed to be so Christ-like in this collective peoples, that the citizens of Antioch were compelled to call them Christ(ians).

That was how it all started: some people went to Antioch and behaved like Christ.

I believe Christianity is beyond religion.  It is way of life. It is a culture. A pattern of behaviour that so obviously stands out. It immediately distinguishes its practisers from every other person.

Please note that it was not because of the way they dressed, or that they spoke in tongues or had countless scriptural quotes for every statement made. No. It was because Jesus’ personality had an undying and unique influence which they imbibed: the sheer goodness of it.

Another person whose behaviour so provoked this appellation was Saul/Paul. He became a practiser after Jesus died; as did every other person who has chosen to exemplify his life ever since.

Bringing it home, to some of us, Christianity is the other religion apart from Islam we get to choose from. It is that required information that we tick on a form. It has become a self-ascribing, highfalutin claim that every Tomi, Dike and Hakeem can lay claim to.

Some of us were born into it. Others converted to it because the people who say they are Christians seem to have more fun; maybe they also had a truly defining experience. Extremely few know exactly what they are talking about.

“If Christ were here now, there is one thing he would not be – a Christian”. I didn’t say that. Mark Twain did. He also said that “the best cure for Christianity is reading the Bible”. Mahatma Ghandi said “I like your Christ, but I don’t like your Christians. Your Christians are so unlike your Christ”.  It is also to Frederick Nietzsche credit the statement that “There was only one Christian and he died on the cross”.

One may be quick to point out that these people were not “born again”. Blasphemous! You might say. Yimu. Take a closer look. They were speaking from experience watching so called Christians like you and I.

If Christianity were female, she would be a very attractive one. There has never been a belief so rife with many proliferations, sects and doctrines, all fighting for supremacy with pious arrogance. The spirit behind the belief dimmed earlier than the Dark Ages, even with its atrocious Spanish Inquisition and appeared very few elsewhere in its raw purity.

The most hateful and vile people are found in the church. They hide behind “Mary Amaka” skirts, halloween hats, oversized suits and have a good command of Christainese: “It is well”; “God is on the throne”; don’t forget the “God bless yous”.

They say it’s a religion of love, but nowhere else do you find such strife, negativity, gossip, jealousy, unforgiving spirit, arrogance, envy and obsession with the devil, than with Christians in their churches.

They are the impatient, wicked people who beat their maids to stupor and whip out tambourines in the morning for devotion and bible study.

They are the ones who zoom past you at church and leave you standing under the rain while you wait for a bus. They splash some water at you while they are at it.

They are the ones we call “Pastor” at the office; yet, who pilfers, lies and conspires against his colleagues.

Most of the crop of pastors in Christianity are perverted. Fear is the currency they trade with. They are not even the false prophets strictly so-called that the bible talks about.  They are those breed of men as described by Mario Puzo in his book, “The Fourth K” that feel that they have been “confirmed by god in every ritual act”. What this means is that they have been rendered acceptable in their own sight by their religious activities. The anointing that they carry has put their congregants in spiritual comatose. They keep them serenaded with fear and always have one terrible story or the other of the devil on cue to keep them hooked.

Some people believe in their General Overseers more than they believe in God. Their words have more backing and authority. Even if God Himself appeared on a Sunday to take the sermon, Daddy GO’s words would still carry the day.  Most say the God of Daddy GO, but would really love to say Daddy GO who is God…

There is also the Gimme Moore churches. Their prayer points are so commercial they put Central Bank to shame. The ones that believe in supernatural breakthroughs and blessings and the overall “Give me!, Give me!” mentality. The “Na oluwa do am for me” clique. Watch out. It is not everything that is good that is from God.

Church doctrines have taken up more hallowed aspects than the word of God. Wear earring; don’t wear earrings. Don’t sing hymns; if you don’t, you are not spiritual enough. Wear trousers don’t wear. Stand when he approaches. No; kneel when he does. Wear a red hat on next Sunday. No; it’s only the Most Senior Revered Sister Mothers of the Church that are allowed to. Breathe. No its only dead people who do.

It is high time we moved from branding stickers on our doors and cars and branding them in our hearts and in the lives of the people around us.

“Then the King will say to those on his right, ‘Come, you who are blessed by my Father; take your inheritance, the kingdom prepared for you since the creation of the world.  For I was hungry and you gave me something to eat, I was thirsty and you gave me something to drink, I was a stranger and you invited me in; I needed clothes and you clothed me, I was sick and you looked after me, I was in prison and you came to visit me.’ Then the righteous will answer him, ‘Lord, when did we see you hungry and feed you, or thirsty and give you something to drink?  When did we see you a stranger and invite you in, or needing clothes and clothe you?  When did we see you sick or in prison and go to visit you? The King will reply, ‘Truly I tell you, whatever you did for one of the least of these brothers and sisters of mine, you did for me.”

There are people in the world so hungry, God cannot appear to them except in the form of bread- Mahatma Ghandi.