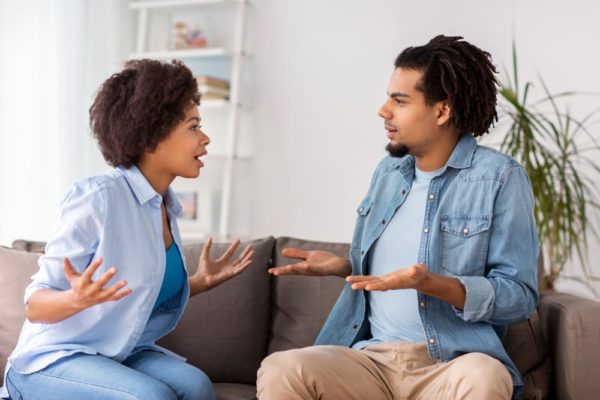 In Nigeria, one form of entertainment that is free as well as easy to find is watching an argument. The style, aim and manner of approach could make you purchase the nearest popcorn and grab a seat. However, I won’t be too sure if that would be the feeling when you find yourself in the center of the ring. Leaving with a headache on conclusion (that is if you ever succeed in concluding) should be counted as luck. But are there any possible solutions for making this experience less painful? Let’s see.

R-E-S-P-E-C-T
The first step would be to prepare your ‘shock-immune system’ for whatever you are going to hear. For instance, general knowledge says, “Bingo is a dog”. What if you came across someone who says, Bingo is cat? Shocking right? But guess what? In as much as you might not understand why in the world anyone would take that position, you still ought to respect their opinion. You never know where people are coming from. Besides, it could be an enlightening experience.

The Number Line
It is common to find group arguments where more than two people are engaged. This is also quite prevalent on social media groups. It seems the more the people, the more excruciating the experience. Part of the problem, at least to me, is that people are quick to split everybody across two divides. As a result of this, they attack everyone based on their preconceived mindsets. Well… Back in my primary schooI, we were taught about the ‘number line’. It was one line but usually had so many points spread across it. This is exactly what a group argument could be like. It may be one topic, but there might just be as many points as there are people involved. It is imperative that you take a detailed note of each person’s opinion before lumping them into any categories.

Content is Key
Now how do you take note of each person’s point? The answer is simple- listen. However, this simple answer has proved to be one of the most difficult skills for humans to master. Listening requires your full attention with the aim of understanding what the other person is trying to say. Because in reality, sometimes their opening line and what they are trying to communicate can be quite different. So go beyond the label and study the content. You might be surprised to see that at certain times, you are both saying the same thing- just in different ways.

I Know What You Are Trying To Say
This is one statement that is quite common when people are arguing. As Olakunle Soriyan would say, “That is one of the most unguarded statements to make to anybody.” Personally, I think it is a by-product of the failure, unwillingness or impatience to listen. Back to our ‘Bingo’ example. I might start with, “Bingo is a…” even if you are so sure that my next word is, “dog” wouldn’t it be nicer to let me have the mental fulfillment of saying it? Besides, if we want to be truthful to ourselves, our conclusions are either wrong or incomplete quite a number of times. Because I might have wanted to say, “Bingo is a dog- with brown fur.” This must be why Nigerians also commonly say, “Let me land.”

Get Your Ice Pack
In addition to the abridged list of challenges above, another major reason why arguments get out of hand is poor anger management. Getting upset because someone doesn’t share your point of view shows some lack of intellectual maturity. Insulting people’s ancestors or suggesting that they don’t have proper upbringing will not make them become fans of your preferred football club or political party. This typically happens when people run out of points or seek to intimidate their opponents into silence. And it seems much worse on social media- perhaps because ‘e-slaps’ haven’t been invented yet. An argument won’t turn into a quarrel unless you make it happen.

In essence, what I’m saying is… An argument is meant to be a mentally stimulating exercise for everyone involved. Each time we fail to achieve this, we rob ourselves of its essential benefits.

Nkem Says: How Much Rope Should You Give a Friendship That’s No Longer Enjoyable?

Delta Big Boy: 8 Experiences that Almost Killed you Growing up in Nigeria