Chioma Diru: Don't Ruin Relationships Because of Debt! Read These Tips on How to Handle Your Debt Situation 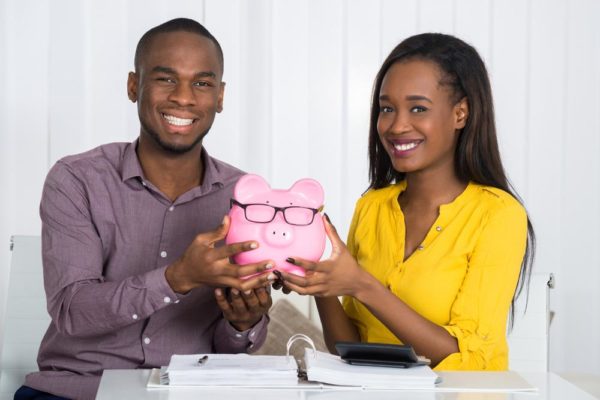 There is an unending debate as to the general attitude of Nigerians. Some say we are proud and impatient. Others say the typical Nigerian is as timid as a mouse and patient to a fault. But the one Nigerian you can depend on to be humble, patient and very delightful is the one in need of a loan. The modus operandi can make you think this intending borrower has worked with Mahatma Gandhi, Mother Theresa and Madiba– combined. However, this impression more often than not seems to wane quickly as creditors begin to feel ‘had’ or ‘hoodwinked’. Borrowing from family and friends is quite common with us. This is the aspect that we shall beam our searchlight on.

The Big Question
The natural question for any lender to ask is when to expect their money back. As a borrower, there is a high tendency to lean towards saying what sounds good to the lender’s ears than stating the likely eventuality. This is mainly because of the fear that the latter answer might lock the cash pipe without any hope of re-opening. Desperation is a reality but it is important to remember that the proclaimed date is equally as real. If proper plans are not in place to pay up, it could lead to embarrassment. Short term? Long term? Soft? Tell it the way it is. It’s better in the long run.

The Second Debt
There is a common saying that “a promise is a debt”. The second debt that ought to be paid aside the money, is sticking to the agreed date. Yes, there might be a lot of things that you still have to sort out, but the truth is that there will always be things screaming to be taken care of. In case the agreed date is fast approaching with no sign that you might be able to repay, talk to your creditor. Ask for a further date. It shows you respect your creditor’s feelings. Besides, it helps your creditor, who might be depending on that money for something important, to think out of the box- instead of backing a dead horse.

Look Up, Ostrich!
I once witnessed a man calling his debtor on the phone. The person picked the call and the next move was to pretend that the network was bad, even though it would have been obvious- even to a blind bat, that the reception was clearer than clear. In my humble opinion, this is the lowest of lows. Refusing to pick your call, telling your children to say you are not around or jumping across your own fence do not solve the problem. Avoidance at best, annoys your creditor even further. Sticking its head in the sand never saves the ostrich. Raise your head and think out of the box. Ask a friend or respected person for advice. You might be surprised at the solutions that never occurred to you.

The Next Level
One very interesting aspect is the wide gulf between the tone of a borrower when asking for a loan, and the tone after money has changed hands. A considerable number of debtors turn around and want to intimidate creditors into not asking for their money anymore. The tone with which they lash back at their creditors and rain insults would make you think the creditor is actually begging for a favour. Playing tough and rough might work on several people, but there is always that fine day when you will meet your match- or grandmaster in the art.

‘Poor’ Rich Fellow
Picture this; Debtor comes knocking at Creditor’s door about the agreed time of refund. Creditor happily welcomes Debtor in. Debtor discusses everything ranging from the weather to the Armageddon. Everything except Creditor’s money. Debtor says goodbye but not without breaking the good news to Creditor that Debtor has bought a new car! This might sound amusing but it is unfortunately very common. It is most unfair to be owing yet, brandishing things bought with money in your lender’s face. This happens when the creditor is a friend. In this case, the poor creditor is expected to smile and be genuinely happy. The other angle is when the creditor is known or assumed to be very rich. In this case, the creditor is branded as stingy and wicked for even attempting to ask for money back. Good friendships and access to the wealthy are forms of trust which are rare- handle with care.

Mishandling a debt situation may appear to pay off. But the raw truth is that it is at best, myopic. A bad reputation spreads like a bush fire in harmattan. It would be tragic, failing to get help in the future, due to a reputation established in the past. Don’t you think so?

Share Anonymous: When Survivors of Sexual Violence Speak Out