Share Anonymous: When Survivors of Sexual Violence Speak Out 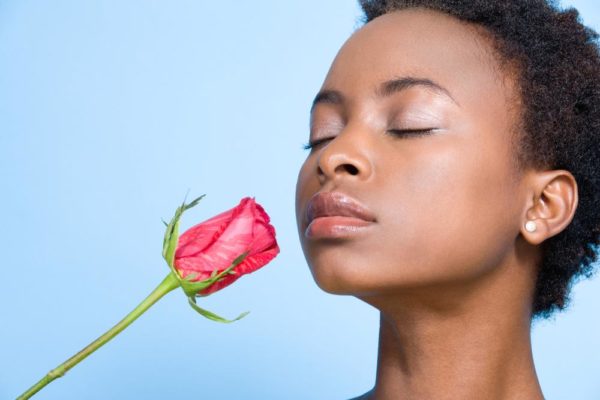 In Trauma and Recovery, Judith Herman wrote, “Many survivors seek the resolution of their traumatic experience within the confines of their personal lives. But a significant minority, as a result of the trauma, feel called upon to engage in a wider world.”

I have been feeling that “call to engage in the wider world” for years, and shared my story publicly for the first time on this website. I have since written about it on other platforms, including mine. Initially, I decided to speak out because the burden of the experience had gotten really heavy; I was tired of the isolation, shame and feeling of loneliness that came with the silence and secrecy. And when I created my platform in order to provide a safe space for survivors to share their stories anonymously, I had grown sick of the social stigma that shamed survivors of sexual violence. I had grown impatient with waiting for society to change and make it safer for survivors to speak, and decided it was up to me to actively defy the stigma and create a place for survivors like myself to speak anyway. For me, this was a way in which I could be part of the change I desired.

Why speaking out about sexual assault is good socially
Survivors of sexual violence, who publicly speak out, create change in the silence that surrounds this crime. Your act of speaking out can end the false sense of shame that survivors often carry. Seeing you cast off the shame may inspire others to do the same. In speaking out about child sexual abuse, rape, intimate partner rape, sexual harassment, and other forms of sexual violence, survivors empower one another to fight for themselves and take back their voice. They come to understand that they’re not alone, that they can seek help, and they can heal.

Some friends have told me how reading my articles on sexual violence and the affecting trauma has helped them identify the effects of the trauma that they have been struggling with all their lives. They had never attributed this to the experience, and they spoke of how it has empowered them to actively seek to address it. Sexual violence and its wounds flourish in an atmosphere of secrecy, silence and myth. Speaking out brings it into the light. The courage of survivors prepared to speak has agitated for change in policies, legal procedures, brought about improvement in therapeutic approaches, and very importantly undermines in a very powerful way social myths about sexual violence that promote acceptance of this crime.

Your act of speaking out has the power to heal and change on a broader scale than you may know; never doubt it.

Why speaking out about sexual violence is good personally.
Again, Judith Herman wrote: “Survivors undertake to speak about the unspeakable in public in the belief that this will help others. In so doing, they feel connected to a power larger than themselves.” I have experienced the sense that not only does speaking out help other survivors feel less isolated, but that I, too, feel less alone as I joined with others engaged in the same battle. It is also richly empowering to have transformed my experience into the ability to offer something worthwhile to other survivors.

In speaking out, you become part of destroying the very thing that has harmed and hurt you. This has been one of the greatest expedients to my healing. It is just such a good way to fight back and can reduce one’s own fear and shame. There is even a thrill of victory towards those who attempted to silence me and stifle my voice. Ignorant folks – I can tell the world if I want to – it’s my voice!

The sorrows and joys of speaking out about sexual assault.
Initially, when I began to speak out and write about sexual violence, I wanted to send a message that I had overcome the shame; and about overcoming shame, but I found in the aftermath that I still very much felt ashamed and afraid that people would say negative things. I knew intellectually that I had no reason to be ashamed, but if you are a survivor, you know that it can take longer for intellectual truth to reach your gut. Although I am not sorry for speaking out in the past, I don’t know if I was ready in those early days. It’s very important that survivors only proceed if they feel ready, not because they think they should.

I found that writing about sexual violence and sharing other survivors’ stories got easier overtime. I still struggle with fear of what people might think, or whether I would be an embarrassment to certain family members who believe that speaking about rape isn’t “nice or decent.” However, the opinions of the people who are helped by survivors who speak out are much more important. It has also not been my experience that people say negative things (at least not to me!) and I’ve not experienced people saying “Eeew! There goes that lady who was raped.” Ultimately, none of the fears I had about speaking out were worth remaining silent for.

If you are contemplating speaking out: Things you may want to think about.
Your physical and emotional safety: Ultimately, your first allegiance is to your psychological and physical safety. There is nothing wrong with declining to speak out if that’s what you need to do. You may still be in danger from an abuser or rapist, or wish to protect certain family members who were also abused. However, a solution to that is to speak out and share your story anonymously which my platform provides. But only do this if you feel sufficiently ready and safe doing so.

If you choose to speak out, that means you are ready to uncover the incident and address the trauma it birthed, you may also wish to have support and help. You can take advantage of the advocacy and healing-based organizations directory on my platform to get the help you need, and we can make recommendations for you too.

Whether you are considering disclosing to a trusted individual or sharing publicly about your experience, telling can be transformative. It can help you move through the shame and secrecy that keeps you isolated. It can open doors to understanding and support.

Chioma Diru: Don’t Ruin Relationships Because of Debt! Read These Tips on How to Handle Your Debt Situation

#Shareanonymousng provides a platform for survivors of sexual violence to reclaim their voice by sharing their stories in a safe space. Our aim is to end the loneliness, silence and secrecy that often surround these experiences by inviting everyone to share their stories freely and openly. We insist on anonymity in order to protect the privacy of the survivors and those close to them when they do share their story. There is no better way to gain understanding and become empowered as a survivor than by becoming a part of a community of people with similar experiences.Join us at www.shareanonymousng.com. You can send us your stories at: [email protected], and follow us on twitter: @SAnonymousng, facebook: @Shareanonymousng, instagram: @shareanonymousng. #Speakout #Speaktogether