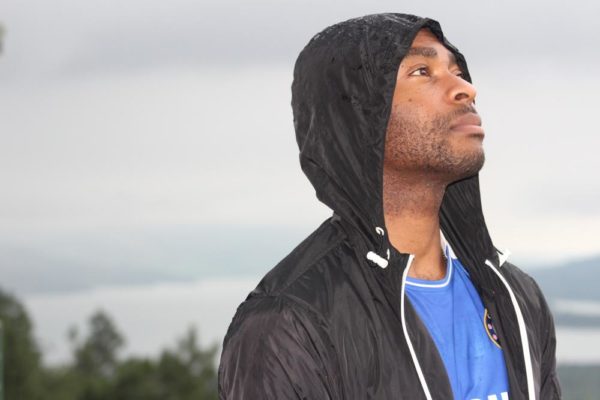 If you missed the first part of this experience post, click here to catch up
***
…After about ten minutes of the worst silence I have ever experienced, three other men walk in and the “chat” begins…

I am asked all kinds of questions – from why I came to Kenya, to which countries I have ever traveled to… even as a kid, to all the jobs and friends I have ever had. I am made to once again empty all my belongings on the floor, but this time, I am asked about every item, and I mean, every item. When the presence of my migraine and blood pressure medication becomes the unlikely smoking gun, I almost shit my pants. I am told that they would have to test a few things: my medication, my shower gel, etc. for drugs. I am also ordered to take a drug test.

It is about 9pm now and the lead investigator tells me he is on the verge of clearing me. I had passed! I was happy, but couldn’t show it; the lack of food and water had rendered me super weak. One of the ladies asks me what is wrong with me. I tell her I need water and I’m getting dizzy; some of the officials laugh in response. I am told that I would be given as much water as I want, that it is a right. But again, disappointment, as I am led back to my holding cell despite the fact that I had been cleared. Still no water. Too weak to protest.

Back in the cell, the phone is being passed around. I just have to wait my turn. In what seemed to me an eternity, it is finally my turn. I turn on my other phone to get my cousin’s number. This phone is not operational, but it contains numbers I can call. Somehow the authorities didn’t see it. I call my cousin to ask what happened and she was surprised to learn that I was still in Nairobi. They had been told that I was put on a plane to Nigeria hours ago. After a few back and forth calls, my uncle assures me he is working every angle to get me out. First, I must deal with another development; Ali tells us he will be moved in the morning. His phone is the only chance we have at communicating with the outside world.

At about 10pm I am once again “invited” to have “a chat” in the office. When I am asked to give them some information, I see my opportunity. I tell them that I need to pull the necessary information from my phone. When I get what they need from my phone, I place it on the edge of the table and continue answering the questions asked of me (one technique they used was that several people would ask you questions at the same time). I stay within striking distance, and when dismissed, I reach for my phone. In one motion, I grab it and put it straight in my pocket. I walk out of the office half expecting someone to tackle me. Desperate times called for desperate measures.

Back in the holding cell, I become a hero of sorts. I had managed to steal back my phone. We would miss Ali’s words of encouragement, but we would not miss his phone. Armed with my phone again; my cousin, uncle, and I start planning my freedom. My uncle starts to get senior government officials and embassies involved. Now we are able to exchange critical information, i.e. what he is told by the authorities versus what is really happening. He tells me he has been informed that I would be put on a 5am flight the next day.

After being told what to expect, I am ready at 3:30am. Sleeping is impossible; the large fluorescent light in the room ensures that. No one shows up until about 6:30am and even then, nothing is said about a 5am flight. Another lie. Instead, what I am told by my new handler, a warm, nice, and soft spoken woman who could be my mum, that morning around 6:30am, is that she would straighten things out. People had called on my behalf and it was all going to be rectified that morning. That was the best piece of news I had heard for over 24 hours; pressure from my uncle and his contacts was finally paying off.

Later that morning around 8am, I share the good news with my uncle who had even better news! He had been assured of my release. The head of immigration was going to interview me just to iron things out (there was talk of possible mistaken identity), after which I would be on my way. My cousin was already on her way to the airport to receive me. Unfortunately for me, much like everything else these people had said, this was another lie or perhaps, a delay tactic.

About three hours go by before I see my handler again, but this time, she is not the warm, motherly type she was earlier. Instead, she is very hostile. I ask her about the status of my case and she dismisses me in very rude fashion. At this point, I can’t wrap my head around what could have changed. I begin to wonder if the lack of sleep and water was starting to make me delirious. None of this makes any sense.

I am made to wait hours and hours for an interview that looks increasingly like it’s not going to happen. So I decide to show my cards; I will inform my handler that I have been made aware of the interview I am supposed to have with the head of immigration. It would undoubtedly raise questions on how I got this information, but I was done with playing it safe.

The next time she comes back in, it is a few minutes after 1pm. I go for broke.

Me: “Ma’am, what time am I meeting with the head of immigration?”

Handler: Clearly shocked, responds “Who told you that you are meeting with the big boss?”

Me: “My uncle informed this morning. He spoke directly with your boss and your boss assured him that he would interview me.”

Handler: “How did you talk to your uncle? Do you have a phone?

Me: “Oh, I borrowed a phone from one of the guys who got sent home this morning”.

Luckily for me, a group of Ethiopians had gotten deported that morning, so I used them as cover. I then say a silent prayer that neither my handler nor her colleagues check to see if my phone is still there. The tension is unbearable.

After a couple more hours, it becomes clear to my uncle, cousin, and I that this interview I have been promised is not going to happen. It is Friday afternoon; if the clock strikes 5 and I am still here, I would most probably be held until Monday. This is most unacceptable to my uncle, and to me of course! Our main focus now becomes getting me out of the cell…at all costs.

Osisiye Tafa: 15 Days in Rwanda… Or Something Like That