Osisiye Tafa: 15 Days in Rwanda... Or Something Like That 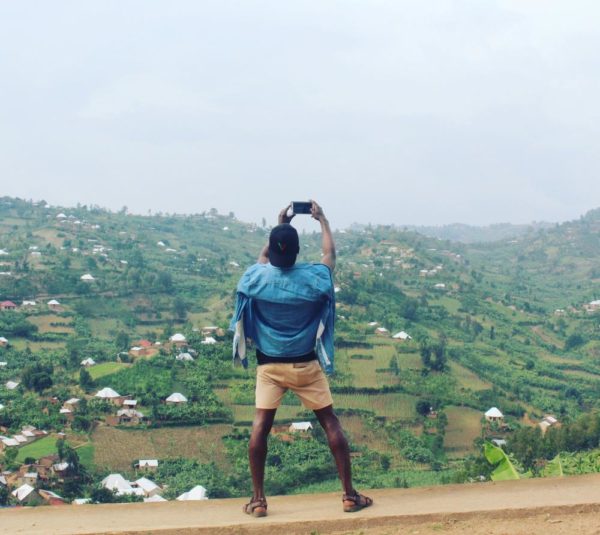 The People
I stayed in an AirBnB apartment and we have to talk about my host, Jean, who came to pick us from the airport in his neat Toyota Highlander. I think the neatness of the car is a testament to the state of their roads and sanity of motorists. Jean was waiting at the airport with a placard that had one of us’ names written on it. This is very touching because we had sent him a hurried message about needing a pickup while leaving Kenya and here he was at night, in the cold, waiting.

He was very friendly; and on the ride home, we talked about Nigerian music and movies. His house is a really large, twin villa with each villa having an impressive stairway leading to it. Each villa has 3 bedrooms. Jean is a civil engineer and the apartment took him 10 years to build. His family stays in an apartment below the villas and he is very proud of his status as a ‘super host’ on AirBnB. I was very surprised at how calm and down-to-earth Jean was despite being a ‘big man’.
Later that night, we called a cab to take us out to explore the nightlife and again, Jean was there, helping us haggle the cab prices and the way he mediated this, sometimes telling us we were offering the cab man too little, other times asking the cabman what he could do to review the prices was really thoughtful and empathetic.

Terra Kulture
There’s a Terra Kulture in every African city (or something like that). I noticed this in Kenya when I visited the Kobo Trust with its greens, ongoing exhibitions, and friendly staff. Rwanda was not one to disappoint.

There was the Inema Art Centre, an artsy spot where locals, expatriates, students – everyone – came to dance, smoke cigarettes, and sway to music into the early hours of the morning. It had a circular lawn, call it a socializing area, with old Volkswagen Beetles (every Volkswagen Beetle is old though) converted into art.

Remembrance
Only those that forget repeat mistakes (or something like that). On an earlier road trip, I shared a seat with Remi, a retiree, and as happens with meetings like this, we talked about cross generational concepts and events. I explained creative non-fiction, a relatively new genre of literature to her, and she told me about the Civil War, how they had to cover light bulbs with dark cellotape to mute the light and make the house indiscoverable to fighter jets. Her voice reduced to a whisper when she talked about nights spent in dread of fighter jets that never came and that is the anxiety of war; sometimes, the worrying is what kills you, not the bomb dropping. 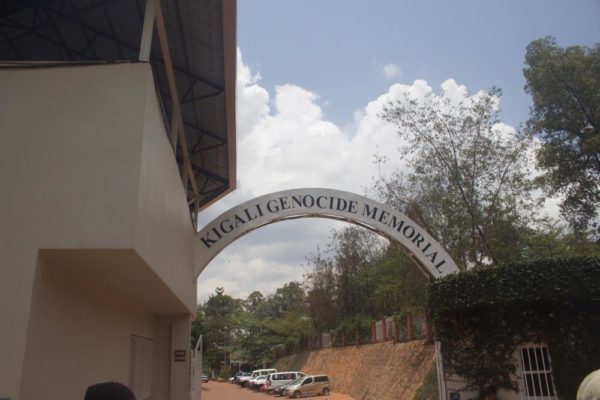 Recent happenings in the polity make me feel a lack of documentation of the Nigerian Civil War and its horrors is what makes it so easy for a demagogue to whip up sentiments that could transport us to such a time. The Rwandans are not keen to repeat the horrors of the 1994 Genocide and forgetting is not something they are good at. The Kigali Genocide 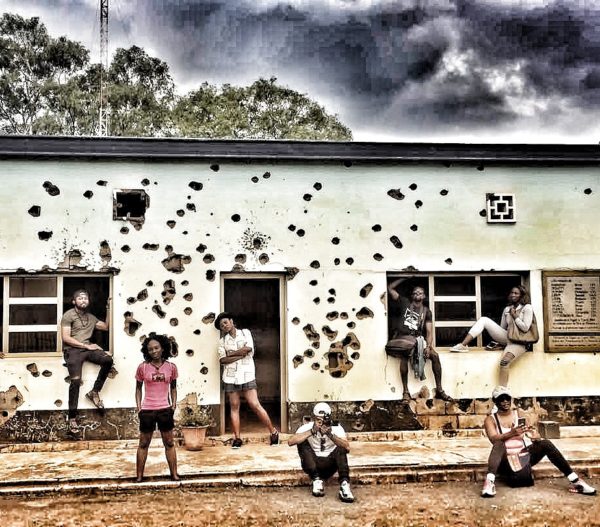 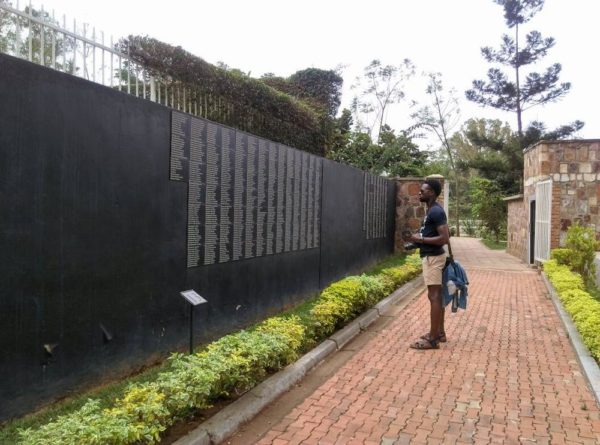 Memorial is a time capsule that transports you to the spate of horror and killings that coloured this nation in the past. At a point during my tour of the memorial, kids from a primary school (nine and ten year olds) were ushered in and chaperoned around. From such a young age, they were being made to understand their history, their roots, the dangers of socioeconomic stratification and why war is a thing to be left behind.

Hills, Mountains
‘The city of a thousand hills it is called’ and it didn’t disappoint. Every morning, I opened my room window to a vista of hills undulating as far as the eyes can see. 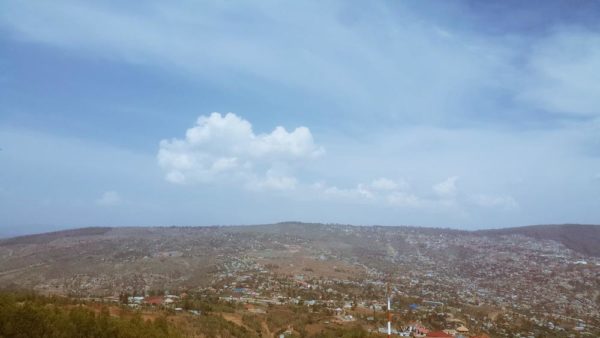 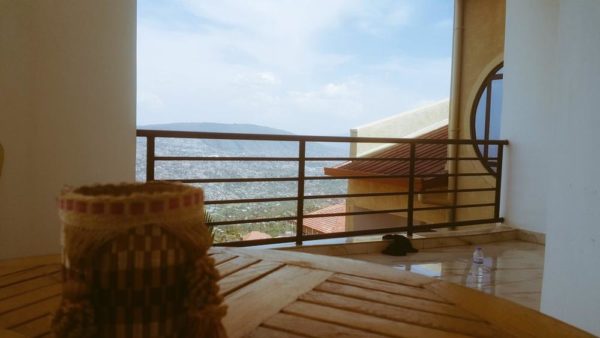 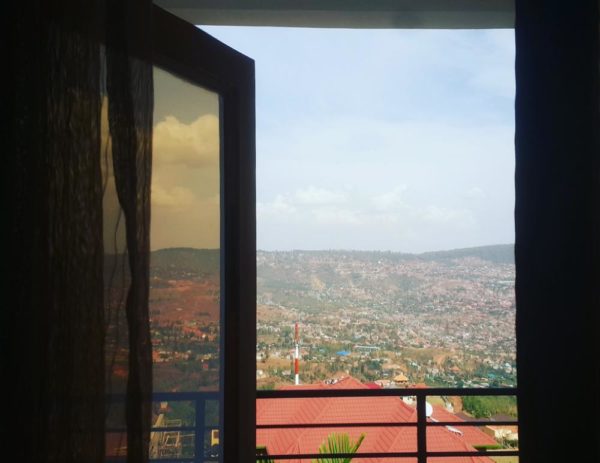 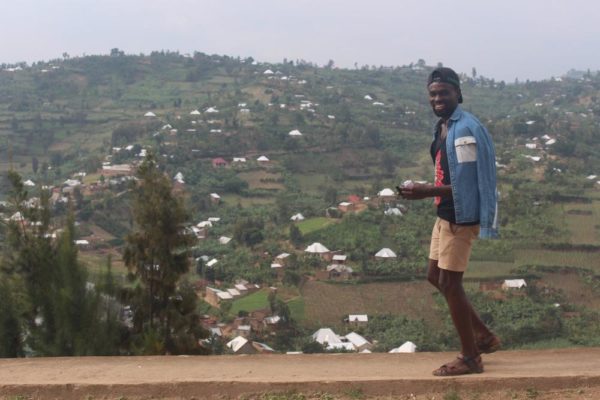 Language
Imagine if language was a brownish liquid in a cup, and you could see streaks of milk, cocoa, and honey, all swirling in an effervescent mix. That was Rwanda. In Kigali, the capital city, with a highly literate population, it was mostly English and French. As we moved deeper into the interior districts of Pfunda and Gatyazo in Gisenyi, this was replaced by Swahili, the local dialect, and the rare English or French speaker. At a point, pressed and at my wit’s end, I walked up to a young lady and with extensive hand language pointing to my crotch region and mimicking a watering hose, explained to her my need for the convenience. She covered her face in laughter and pointed to the convenience. Truth, I stretched my hands too far, like D-Banj, when mimicking the crotch part, but a little vanity never hurt anyone eh.

Help
At a point, I got lost so I walked up to random hotels and people, and asked for directions in a weird mixture of French, Swahili, English, and good old sign language. Then I meet this guy who takes me to his shop, draws out the description to Nyamyumba Hot Spring (my destination) on a piece of paper, locks his shop, and now he’s walking me to the bus stop and allowing me use his bicycle on the way there. 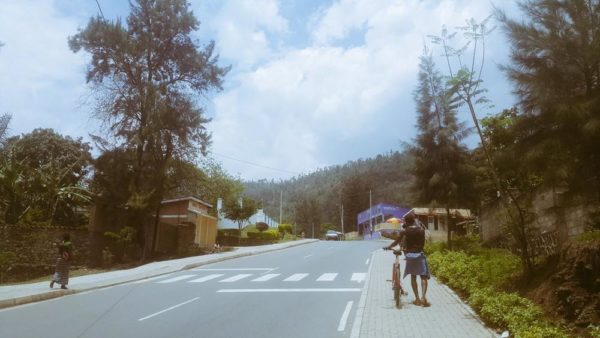 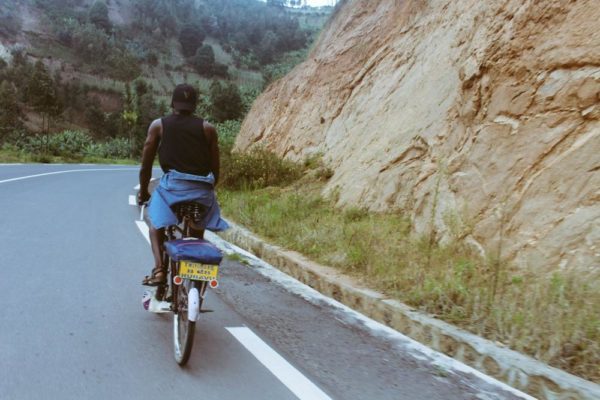 He’s so excited that I’m a Nigerian and goes on about Davido, the Chibok Girls, and President Buhari’s address at the UN. He’s also proud of his country, Uganda, which is next door, and urges me to take a motorcycle across the border.

When I alight from the bus, I walk up to two guys leaning against a side railing to confirm that I’m on the right route, to Pfunda Tea Farm and the hot spring. They describe it for a while, and after a moment’s pause, they decide to walk with me to a place I can rent a bicycle to get there. This type of niceness was disarming, man! This was the African spirit that we hear a lot about.

Visit My Country
At Inema Art Centre, I walked up to a really tall, dreadlocked dude and attempted to strike up a conversation. He exchanged names, smiled, then told me to go and meet his brother whose English was better. His brother was standing some meters away, a similarly tall and dreadlocked dude – obviously the gregarious one, as two white girls perked up their heads and hung on to every word he said.
I called on some of my trip partners and we approached Mr-Sexy-Who-Speaks-Good-English. It went well. His Brother-Who-Doesn’t-Speak-Good-English, Mike, joined us and joined the conversation this time. They work in the entertainment sector, Trace TV, were from Burundi and wanted us to visit their country. Of course, I would love to visit Bujumbura, I had espied it from the plane’s window and it was such a beautiful blanket of greens and browns.

Same with the shop owner I met in Gisenyi; he is from Uganda and he really wanted me to take a motorcycle and cross over into the Uganda border which was close by.

Sadly, every time someone said ‘I can’t wait to visit Lagos’, I thought of the traffic, policemen that live to harass, stench, and couldn’t reciprocate their energy.

Brown Bags
‘Rwanda is the neatest country in Africa’, or something like that, is what I heard before my trip. But I am from Nigeria, and I know things deteriorate, but true-true, that place is neat, fam! As expected, there was no refuse on the road; but check this, their sustainability and respect for green spaces: there were healthily preserved green zones everywhere and throughout my stay, from Kigali to Gisenyi, across Pfunda and Gatyazao, from the shiny Nakumatt Mall to the roadside roasted corn seller, no one sold me stuff in a cellophane/rubber nylon. They all used biodegradable, brown paper bags. Such sustainability. 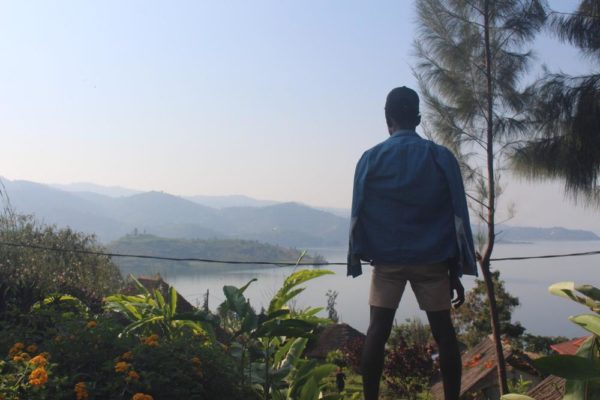 Kids
The kids were so friendly. They walked up to me and pointed to my camera, and gathered for a group photo.

I saw a house covered with greenery and as I bent down to take a picture, kids trooped out to strike poses in front of it. 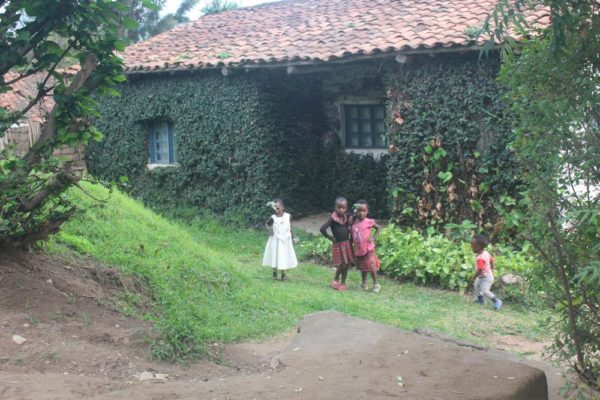 They stay, three of them, huddled on the bank of the Lake Kivu, sharing a story

They were everywhere, free, symbols of black excellence 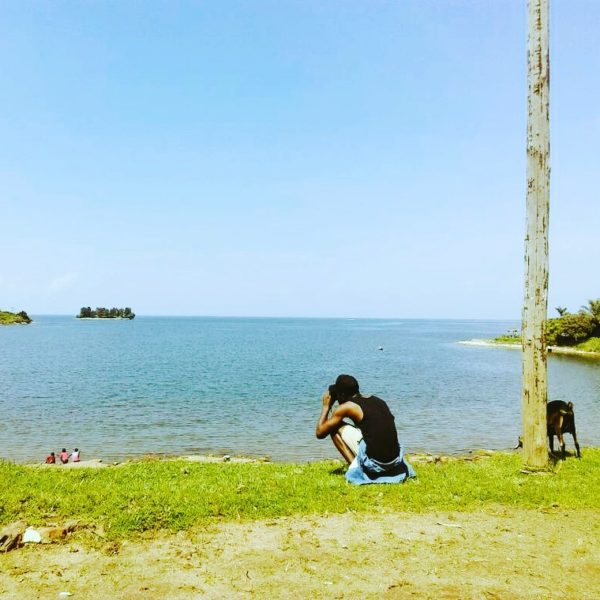 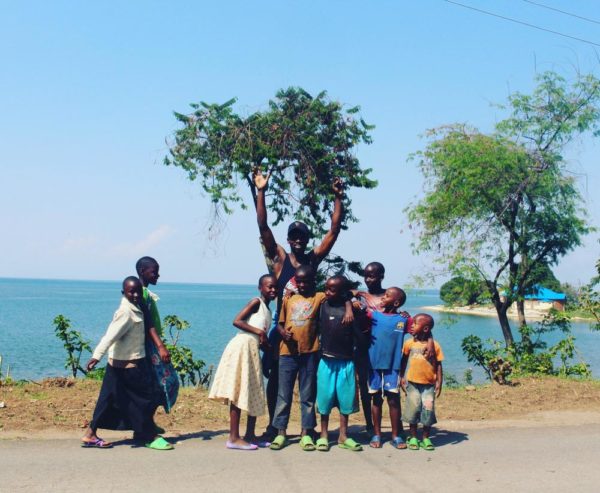 These were kids unaccustomed to violence, who saw everyone as a neighbour and a stranger holding a camera was just an opportunity for a nice picture not someone to run away from.