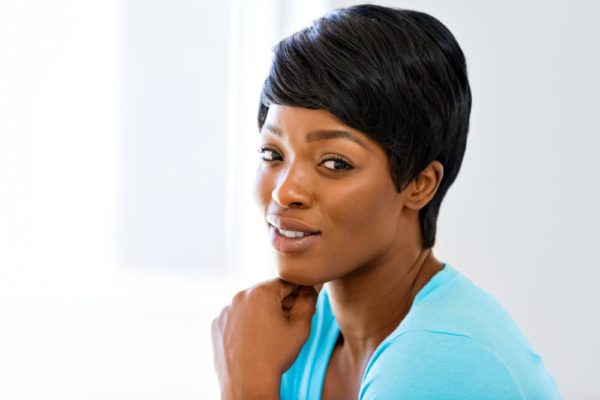 One night while I was awake listening to the tales of the mosquitoes and the wooing of the female frogs by the male frogs while the crickets chirped, I realized that I was sick. I had known this since, but tonight’s re-realization seemed like an annunciation. I felt, perhaps how Mary felt when the Angel Gabriel announced to her that she was to bear the savior of the world. She, just as I now, knew without doubt that the message wasn’t fallacious.

“I’ll make sweet love to you” I heard one of the male frogs say.
“I’ll give you greener and bigger children”, said the other.

I didn’t take my time to know what lines the other male frogs dropped as my attention was diverted to the mosquitoes.

“Let’s go over to that room, they don’t have nets there. We’ll be sure to suck to our satisfaction.”

“Ahhh. You don’t know what you’re saying o. My cousin’s nephew’s step sister died there yesterday. They now have insecticide nets.”
“It’s a pity, sorry for your loss. Although I think it’s HIV that killed her.”
“Perhaps we should go to that motel tonight”, suggested the mosquito that lost a relation.
“No. AIDS is real.” Chanted the other mosquitoes.

I couldn’t keep up with their conversation anymore so I decided to get some sleep.

“You learnt to walk and talk when you were almost 3”, my mother once told me. She was the only one who didn’t give up on me. She and my brother, Philip. But he probably didn’t give up on me, because he wasn’t always around to see me when my demons came to haunt me.

“We had tried so many powerful men of God before your aunt, Nwanneka, told me about pastor Lazarus. Did you know that he raises the dead too?” My mother asked.

“I figured that’s how he got his name.” I replied.
“Perhaps. Immediately I finished the forty days fasting as he instructed, you said your first word and after some days you started walking.”

This explained why my mother never changed church even after it was proven that pastor Lazarus was a thief and slept with most of his female church members. Since he never slept with my mother, she refused to believe anything she heard and called it ‘the ploy of the evil ones to disrupt the man of God’s work.’

My teenage days were hell. My demons came more often this time and most times I didn’t go to school. My mother spent more time in church than anywhere else. Almost every day she came back home with one stone or seed or leaf or whatever that I was to eat or inhale or apply on my body to ward off the demons.

“Pastor Lazarus said he got this from Jerusalem on a special spot the Lord revealed to him the last time he travelled. If you have faith those evil spirits may never attack you again after you take this”, my mother usually said, to convince me to take whatever she brought from church.

I was tired of them all. I don’t know if I was more tired of taking those things or of watching my mother spend and borrow money to pay different pastors to pray for me, while my brother kept sending drugs for me to stable my condition.
More than once I thought to ‘end the controversy’ but I remembered how much my mother had gone through and erased such thoughts.

It was the first time a lot of good things happened. But as opposed to the saying that after a heavy storm comes a sunny day, I was yet to experience a worse storm after the sunny time in my life.

When the demons came again, it seemed they had only left to get reinforcement. I tore at everything I could lay my hands on. My eyes usually darted around kaleidoscopically trying to settle on one voice out of the thousands I heard at once.

When my mother started locking me in an empty room, I tore my hair and sometimes attempted to pull out my teeth. I hallucinated more often and was usually paranoid and delusional. I had to be sedated to avoid these.

Of course we have been going to the hospital over the years in addition to praying and fasting. In fact, our house reeked of drugs and hospital, but a cure for my condition was never found. My condition couldn’t even be named medically. “You may have to visit a psychiatrist”, some doctors advised, but my mother always disagreed.

“Nwa m, ala anaghi a yi gi, you’re not mad.” My mother said to me anytime a doctor offered such advice.
Going to a psychiatrist meant, to my mother, that I am mad and accepting that I have a mental case meant that she has conceded victory to her enemies from the village and she would never do that.

The night I re-realized I was sick, I resolved to find out consciously what was wrong with me. So I browsed stuff online, typing in all the forms my demons manifested. From being delusional to being hallucinatory to being paranoid and what not. I wasn’t given a concise definition of my problem but they all pointed out the same thing- I was mentally sick. The next day after re-realizing that I was sick, I went to see a psychiatrist. After series of tests and psychiatric evaluations, I was diagnosed with schizophrenia.

“Mama, I think I finally know what is wrong with me.” I told my mother when I returned from seeing my psychiatrist. I initially didn’t tell my mother that I was going to see a psychiatrist to avoid getting her upset or discouraging me.
She paused for few seconds from what she was doing then continued.
“What?”
“Schizophrenia mama.”
“What is that?”
“It’s a mental disorder.”
“I’ve told you you’re not mad. Even if your father was, you aren’t. Your father was mad because he drank too much, but you’re not mad.”
I kept quiet. My father was one topic we never discussed. It was almost forbidden to even mention his name.
“Who even told you you have sko-sko?”
“It’s schizophrenia mama not sko-sko. I have been going to see a psychiatrist.”
“I cannot pronounce that thing biko. And when did you start seeing a psychiatrist?”
“About three months ago mama, that’s why I’ve been ok for some time. I’ve been taking antipsychotics like Aripiprazole and Ziprasidone.”
“So you’ll get better soon?”
“Hopefully mama. Keep praying for me.
”
I get better daily. The demons come less often, my mother finally gets her life back and I hope to start a foundation for people with similar mental condition.

Did I forget to say that I’m now married?