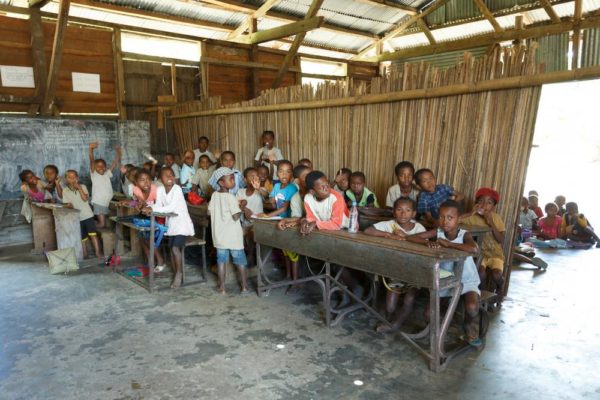 I saw an article on my medium feed written by this Nigerian lady who went to live undercover in a slum in Lagos for a period of time to experience what its like to be a poor person. To wear their shoes.

“This should be interesting” I said to myself.

I finished the article with a heartburn. Something just didn’t feel right about her social experiment. Now, don’t get me wrong, she probably had good intentions. Maybe she wanted to save money or to appreciate her own privilege; who knows? However, she went back to her comfortable real life and wrote a very interesting (and well written, I must add) article. I don’t know if she gave back or not, but something still didn’t fit right.

I couldn’t place the feeling until recently when I stumbled upon a blog post on my WordPress feed about her experience touring Makoko, how the people there were avoiding her camera and not smiling. My babe decided to snap only pictures of the water and the sky.

There’s no way you can sugarcoat it. Poverty isn’t a good thing anywhere in the world. A lot of poor people or slum dwellers didn’t choose that life.

People like to show the world the best versions of them selves *hint hint Instagram* no matter how wretched their life is.

According to Wikipedia, Poverty Tourism (also called Slum tourism, or ghetto tourism) is a type of tourism that involves visiting impoverished areas

According to a popular quote by Kennedy Odede: they get their pictures or in some cases stories, we lose our dignity.

I know how I feel when I take a unflattering selfie and my friend threatens to post it. The fight for the unfortunate phone could get real. Imagine I had no say with whatever she does with those pictures and I am pictured in the most unflattering way ever.

I know sometimes rich kids and comfortable people start to feel a certain detachment from some realities and the good ones try to do something to get back to reality. Giving back to the community, charity work, travelling the world.. etc. None of it is bad, but you need to be careful enough not to participate in poverty tourism.

Here’s why it is wrong:

It is an indirect form of mockery. Yea right, we get that you are trying to do something good or pacify your guilty conscience, but these people don’t need you putting it in their faces that you are better than them.

It puts you in danger; you are in the danger of being attacked and making someone an attacker. I know everyone is responsible for their actions, but you don’t wanna be the negative trigger to that frustrated or depressed person. Stay in your lane and don’t be the sand in someone’s garri.

There are so many reasons common sense and Google can give you, but really, you should stay in your lane if you know you are not going to do something to improve someone’s life and you haven’t been invited into their space. Don’t be like our church aunties.

There are people who do poverty tourism or slumming and give back just for the sake of giving back. Make dem no talk say I no do anything. This is similar to what politicians do when they go and spray money in villages every election. At least I did something. At least the people’s lives are improved you say. Really? tah.. will you keep quiet?

What’s the point of giving me a drop of water when you can teach me how to dig a well? Keep your money to yourself. It makes no difference, if it doesn’t produce real change.

Some people go to these slums for business; but, in business if your business isn’t improving anybody’s life you have moved from business man to Yahoo Boy. That is exploitation and you should be arrested.

It’s not a bad thing to see how other people live. Don’t get me wrong, it gives you a grounded perspective of life. It teaches you that all fingers are not equal, makes you count your blessings and think of ways to make the world a better place for everyone.

It’s turning people and their honest lives into objects of fascination, experiments or exploitation that’s wrong. The peculiar case with poor people is that you have an advantage over them and a lot of people don’t take their opinions very seriously – which gives them no choice than to resort to violence as a way to get heard.

Not throwing the baby out with the bath water, slum tourism has actually been a good thing for some communities, as it has brought necessary attention to impoverished places and people, giving them the help they need either from the government, organisations, NGOs or celebrities. My issue here is that not all these communities get the help they need. Their pictures and stories are plastered all over the internet, making money for the writers and photographers.
who your eyah don epp?

Slum Tourism has also been known to bring revenue to some countries in countries like South Africa, where organized tourist attractions brings in revenue for the country. One thing you should know before going on these tours is what the government is doing for the people in these slums. Does Lamidi from Okokomaiko have access to free quality education? How many times does he eat in a day? What’s the government doing for him before making you pass the front of his fathers house to snap pictures?

Apart from being self-righteous and being a man of the people, if Lamidi is hungry, he will try to extort you as you pass his house to get money from lunch. If he is idle he would most likely disturb your tour. If he is angry he could bottle it up and when next he sees someone that looks like you on the road or anywhere else, he could lash out or constitute a nuisance.

Studies have shown that people that live in the slums are ambivalent to slumming: i.e. when people come and try to feel among them without really understanding the struggle, they smile and nod but deep down they don’t like it.
The next time you want to visit Makoko, please think well about why and consider how your actions will either negatively or positively affect the people there.

The people there are people like you and I and you should treat them the way you want people to treat you. They are poor not sick. they can learn. they can have intelligent conversations if you try.

How can we do better
• treat all people the same. rich or poor. People are people

• Discourage this begging trend and encourage learning. “side eye to my Twitter people”

• Patronize the services of the communities you want to help. My friend makes her hair in Makoko and they have amazing hair braiders there.

• Buy stuff from locals and boost their economy. You haven’t had fish if you’ve not had the one from Isale Eko.

• Do ethical business: like Shea moisture does in Tamale.

• Learn something new from them: There are French speaking communities in Lagos where you can actually learn how to speak.

This is beginning to feel like school essay… Who remembers the movie, Slumdog Millionaire? Who agrees with me that a Nigerian version should be made?

Genevieve or Susu will be the girl and I don’t know who Mr Slumdog will be yet. Frank Edoho will continue his work in the film.

Yewande Oyebo is a Tech professional and Content Creator. She is passionate about creating functional digital products, Impactful Content, Good Books and Quality Education for all. She creates quality blog content at yevandy.com You can connect with her on Instagram @Ye.wan.de and Twitter @Yevandy_