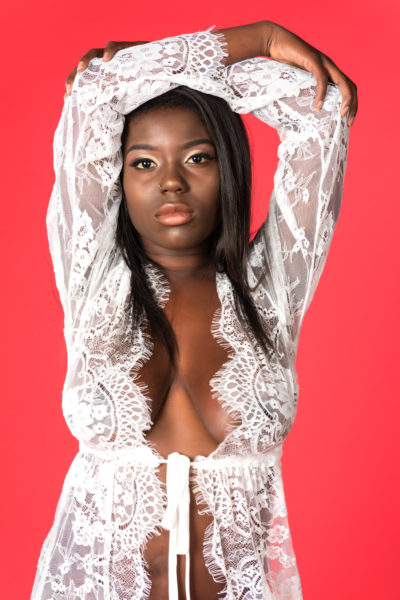 Gender roles have made female subjugation a cultural universal. A cultural universal is a trait or element different human societies (cultures) have in common. Most cultures are patriarchal. A patriarchy is “a society, system, or country that is ruled or controlled by men.” Simply put, men seem to have “power”, control. It gets more interesting when you realise patriarchy thrives on the sexual and financial dependence of women. Being financially independent means women having economic wherewithal in their own names. As I often state, “Money of her own is a woman’s best protection.” Money insulates you.

What does it mean for women to be sexually independent? It means women can sexually express themselves in whatever context without sanctions, without shame.

Having sex outside the confines of matrimony attracts sanctions to a woman, not a man. Men can sleep around before marriage, but women cannot, lest they fail the “virginity test”.

“Virginity is a strict moral rule which applies to girls alone. Yet one would think that the first criterion of a moral rule, if it is indeed to be moral, should be that it applies to all without exception, and does not yield to any form of discrimination whether on the basis of sex, colour, or class. (…) By what figment of imagination can we profess that the hymen was created to block the passage of the male sexual organ when it seeks to penetrate through the external genital organs of the female into the vagina, during the period prior to marriage? Such a function can only be considered a social and moral one, in no way relted to the vital biological and physiological functions exercised in this part of the body.” – Nawal El Saadawi, “The Hidden Face of Eve.”

Asides that, we tell ourselves men are polygamous in nature, not women. “Men can have sex with anyone without having feelings.” This is a lie! When you spin a narrative for too long, social mechanisms will embroidery that story into the collective psyche. Getting rid of those stitches would hurt, because society’s mind will bleed in the process. Women are as sexual as men are; social conditioning has taught us to shush-up. Women can have sex with anyone without attaching emotions. Sex workers do this. For the record, a war-hungry society brought about decline in the population of men. People needed to procreate in order to have children. Having more children meant that one had more labour. More labour meant more money. Au contraire to consensus, suiting a man’s “insatiable” sexual cravings was not the reason human society invented polygamy. Economic reasons invented polygamy.

At a point in history, men had more money than women did, because physical strength was tantamount to financial success. On the average, men are physically stronger than women are. It made sense that the average man would be financially well-off than the average woman. To ensure that children belonged to men, mechanisms such as marriage, religion, and family came into existence. Tying women’s sexuality around men, making it impossible for a woman to be sexual without a husband, was a way to ensure children belonged to the husbands, as there was no way to test paternity. No one would want the wrong child to inherit him. How else do we ensure women have sex with only their husbands? Society invented three concepts: slut-shaming women, virginity, and circumcision.

To make sure women do not have sex before marriage, society slut-shames women.

To curb a woman’s sexual desires, society decided to mutilate the female genital.

To make sure a woman has sex with only her husband, society invented virginity.

Why is society so interested in our vaginas? What is the reason for this obsession? Are they scared women would one day realise that they really do not need husbands to have children?

Women would be sexually independent when we realise that our bodies and sexualities belong to us. We should have sexual autonomy. Having sexual autonomy means, we can have sex on our terms, because our bodies belong to us. We do not have to feel shame for wanting the things we want. Claim shame to be immune to shame. Why should we be shamed for wanting to have sex, while men can sleep around

Imagine a world where most women are financially and sexually independent. Imagine the boundless possibilities! (This is an article for another day.)

P.S. Women should have money in their names, not their husband’s name. In the event there is a divorce – not that we pray for one, but we must always be prepared for happenstances – no one would tell her, there is no Ms. Whatever. No one has given me a logical reason why women should change their names after marriage. “What’s in a name, anyway? As trademark lawyers and uppity women will tell you: everything. Ancient history specialised in the female put-down by side-step, its account being full of “a woman who…” and “wife of…,” not to forget that old favourite, “said to be the mother of…” – Vicki Leon, “Uppity Women of Ancient Times.”