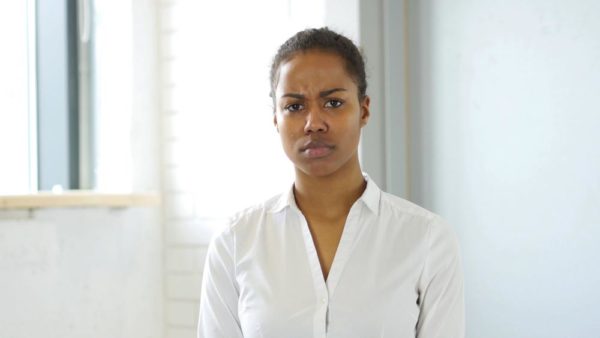 Madness deludes itself with the notion of its sanity, because it has not taken off its clothes to run into the street. The world is a large place, and there are so many mad people in it. Then again, who defines sanity? Sanity, like morality, is a function of consensus. In the real sense, everyone is crazy, but it becomes madness when we push it beyond the ambits of what is rational according to consensus.

Here is a list of types of “mad” people. You must have come across at least one of them.

The Manipulators
Dante probably lied about that “vision” of hell he saw in “Inferno”. There should be a tenth ring in hell reserved for manipulators. They engineer your choice while making it look like it was your choice. Is this madness or evil? Same way I would ask if Jack the Ripper or Elizabeth Báthory were mad or evil.

The Leeches
All they do is take, take, take. These ones just love begging. They would have money, yet they still beg. Suck your resources dry is what they do best.

The Sacrificing Lot
They spread themselves too thin. They are willing to go out of their way for people who do not even give a damn about them. At times, I am wont to wonder if they are overcompensating for something. When a person exudes a trait to the extreme, he/she is actually the exact opposite of that trait.

The Romance-Ruiners
They touch people and break them. They cannot cope with relationships. They want boyfriend/girlfriend bouquet and benefits on a f-boy/f-girl subscription. They want to be “just friends” and you agree to that, only for them to fly into tantrums when you act all friendsly, not loverly, with them.

The Wannabes
It’s okay to fake it till you make it, but wannabes have taken it to the extreme. They are everything they are not. Like, why are you lying? “Bona fide is the old deal; fake is the new real.” – Alice Smith. Social media heightens this type of insanity. People will pick up dirty ice cream containers, wash them, pose with them, snap with them, and post the picture on social media. They probably caption it with something cliché like: “Icecream finzz.”

The Retards
They do not learn through different avenues, yet they seem to have opinions. The mind, like the palm, cannot give what it does not have. How do you know so much about what you do not know? You see them on social media, too. I mean, after spending all their lives on social media, what time do they have to read? They argue stupidly. Reminds me of an atheist who claimed to believe in the potency of voodoo.

The Whiners
These ones always have a reason to complain. You wonder if anything good happens in their lives. If you must whine, whine to/at someone who really gives a hoot, at least.

The Attention-Lovers
You find them everywhere! They just make things about them, even when it is not about them. They live for the attention, and they have so many antics used in getting it. On social media, they live for the likes and all that. They probably like their own pictures and posts, and when you are not like them, they badger you to be like them by asking you to like their pictures and posts. Chances are that they would probably find a corner, curl up in the foetal position, and pray vehemently to Hades to come and take their lives in the event they get zero likes.

The Liars
This is self-explicit. Their lies could wake Adam and Eve from the dead, despite Adam and Eve being fictional characters invented by a culture in the Middle-East. (You do not believe evolution, yet you believe two Middle-Easterners mutated into four different races. Genius!)

The Tattlers
Instead of climbing the rooftop to broadcast a story, tell these people in confidence. Because they do not know how to keep shut, they will leak that story. They are consummate gossips. Seriously, watch how people talk about other people in their absence. They will talk about you in the same way whenever you are absent.

The Noisemakers
These people are ultra noisy. With their loud, ear-grating voices, they disturb any space they occupy. At times, they play their music so loud that you in the next compound (or flat) can hear. (They do not even bring you cupcakes. No love!) Do you wish their sound system would blow up? They are probably those noisy, energiser bunny people in Whatsapp groups that ask, “Where is everyone in this group? It’s so quiet.” They cannot stand the sound of silence.

The Spacers
Small thing, these ones will tell you they want space. Someone told me this and I was like, “You want space? No problem, I will give you a rocket. Go to the moon. In fact, go to Pluto and die of cold…” (I said darker things I cannot write here.) I mean, there are moments we do not want human interaction. It is okay to want space, but how do we ask for this space? Are you incommunicado during this space sesh?

The Inconsistenters
Do not make plans with them! The way they cancel… They say stuff like, “At the point, extroverted me was making plans. Introverted me was the one who chanced plans.” Can they be more stable? Would it not have been bearable if they had a sensible reason for switching plans?

Everyone is eccentric, but when we take our eccentricities too far to the point it affects other people negatively, it becomes “madness”. “Normal” people cope with their foibles without blowing it out of proportion. Seriously, everyone has that “weird thing”.

P.S. I spelt out the f-word, but everyone seems to fuh-reak out at that word. The f-word is just a word, and you can make a complete sentence with it. “F the f-ing f-ers like f-”

Guys, what would you do if another man buys your girl Lingerie?

How Oreoluwa Somolu Lesi of W.TEC is Empowering Women & Girls with Tech | #BellaNaijaWCW