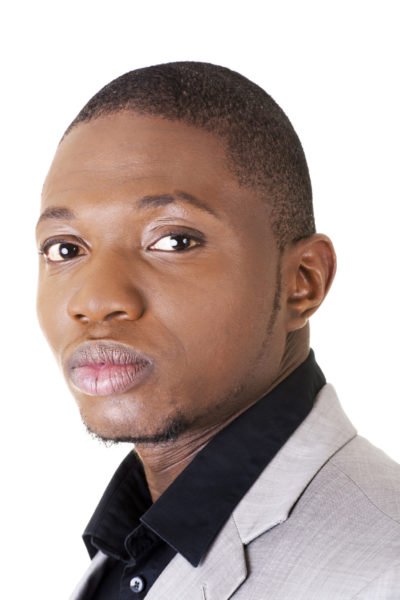 Some ten years ago, I was faced with a very hard decision: to either begin to tow the path of forgiveness and freedom or continue in my perfectly dysfunctional existence. About five years prior to this crossroads, I was skilled at hating people. I could have easily been the poster boy (and I truly was to a good number of people) for all things hatred all rolled into one perfect, seething ball of anger, rage, and unforgiveness.

Barring family and a handful of friends, no one made the cut for the group of people whose existence I actually regarded. Then I began to notice a terrifying pattern in my life: I often caught myself smiling whenever I imagined people who had hurt me in destructive and disabling circumstances and pretty soon I was scheming creative ways to get back at them. My unrelenting grip on unforgiveness and hate darkened my mind and heart further, making it increasingly difficult for me to see the good in anybody. I had also developed an extremely pessimistic worldview – and I was comfortable in it.

An unforgiving heart can do much worse to anyone. Forgiveness is a touchy subject, mostly because it is very difficult to process. Dr. Judith Orloff, in a publication on Psychology Today, defined forgiveness as “the act of compassionately releasing the desire to punish someone or yourself for an offense“. It doesn’t mean you’re a pushover, it means you care about not falling into a more destructive state of mind.

Perhaps the burden of forgiveness can be made a little lighter when we understand that we are all broken and that we’ve all been hurt and we’ve all hurt someone too. It was Lewis Smedes who said, “when you see you and your enemy in the weakness and silliness of the humanity you share, you will make the miracle of forgiving a little easier“.

However, there are numerous widely accepted myths about forgiveness that have stalled our progress. Here are a few of the myths we will need to address and debunk to experience true and lasting forgiveness both for ourselves and others.

Forgiveness is about the person who hurt you
The truth is that forgiving a person is one of the most selfish things you can ever do, and I mean that in the best way possible. There’s a huge possibility that the people we are angry at don’t even know they hurt us or are not troubled by it but we hold on to the anger and it keeps us from moving forward.

Maybe we think that withholding the forgiveness will somehow let the other person see the negativity of their actions against us. Perhaps we are waiting for them to take steps to rectify their actions before we forgive, but that’s not really forgiveness if it’s earned. There’s a famous quote that says, “refusing to forgive a person is like ingesting rat poison and expecting the rat to die”. There’s also a popular Igbo adage that says, “Onye ji mmadu n’ala jikwa onwe ya (he who holds another down is down himself)”. Until you begin to view forgiveness as a way for you (the wronged person) to live above the hurt, move past the offense and live in freedom, you will not make any meaningful headway.

Forgiveness can be an instantaneous act of the will
This one is just short of a blasphemy, a misinterpretation at best. The idea that forgiveness can somehow be automated and dished out immediately a wrong is identified is antithetical to the human psyche.

Forgiveness is not a straight line, it’s not an act of the will, something you can decide on a whim. Most of the time when you’re hurt by someone, forgiveness can only truly begin when you have fully expressed your anger at the situation (I don’t mean revenge) and processed the pain it brings. It is an emotionally slow and painful process, one that should never be rushed or circumvented. Depending on the severity of the wrong, it may take talking to counselors, therapists, and friends, prayer, connecting with people who have had similar experiences, etc. You may come to points where you will doubt your progress, relapse even, but it is in our continued effort at letting go again and again that we experience the full extent of forgiveness.

If I haven’t forgotten, I haven’t forgiven
I still remember a lot of wrongs that were done to me in the past fifteen years. Forgiveness doesn’t mean that you forget the wrong that was done to you – that’s not even possible – you’ll need a home run style clubbing over the head and a lucky case of Alzheimer’s to even get anywhere close to forgetting. It also doesn’t mean that the wrong done to you suddenly becomes not so wrong.

Think of the wrongs done to you as a file (a pretty bulky one) with a lot of records in it. Forgiveness doesn’t mean doctoring the contents of the file (no, that’s falsifying evidence); forgiveness isn’t shredding the file either and pretending that the events it recorded never took place because they did and you can’t do anything to change that. No, forgiveness is taking the file, undoctored and unshredded and putting it in the file cabinet marked “obsolete”. In other words, you know it’s there, but its contents no longer have any bearing on future decisions concerning its subject.

Also, forgiveness is something that you can do on your own, in the absence of whoever hurt (or whomever you hurt), reconciliation, on the other hand, needs both or all parties involved to work together. You can forgive without their approval but you can’t reconcile if the other party is not willing to get involved in the process.

If we’re being truthful though, there are cases where reconciliation is not only near impossible, but unwise. There are times when trying to mend a broken fence will only cause more damage. An abusive husband who has beaten his wife into multiple miscarriages, a drunk driver who ran over an only child, a judge who knowingly passes extreme judgment on an innocent person. In such cases, forgiveness may have to be enough.

For reconciliation to even be considered, there will usually have to be an obvious and verifiable, positive change on the part of the offender. However, if after this being around the person still feels unhealthy, unsafe and duplicitous, then reconciliation is probably not on the cards for you.

What other myths have you identified and perhaps debunked by your own experiences? I’d love to hear your thoughts on the subject. Leave a comment and let’s discuss.

Ask Shade About Trusts: My Late Father’s Family Head Wants to Give the Family House to Our Irresponsible Half-Brother

Jachike Samuelson is a freelance writer and an astute observationist. He believes that regardless of our geographical location, we are in constant communication through our experiences and the way we respond to them. He is an advocate of effective business systems and a holistic approach to developing a healthy company culture. He is a contributor at www.mystartupceo.com