Oby O: 15 Provisions in the Child Rights Act that Protect the Nigerian Child 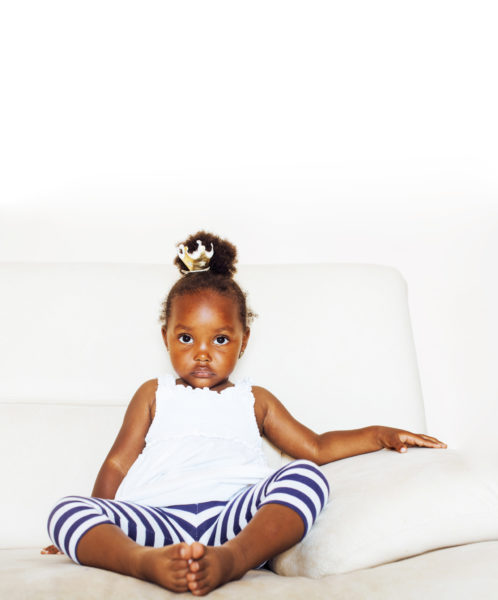 In Nigeria, there is a relative preference for younger domestic workers. They are considered more energetic, submissive, easier to direct around, and cheaper – as compared to older domestic workers. However, what a lot of people tend to ignore is that there is a legal framework for the protection of the Rights of a Nigerian child – under the Child Rights Act 2003 (CRA).

Recently, I was having a conversation with a group of people when someone mentioned that she only employed nannies who were 15 years old (and below) . According to her, if they were older, they would be unteachable and sluggish. I was appalled, not only because she seemed like a well-educated, cultured, woman, but mostly because she did not recognize the irony when I pointed out that she was literally employing a child to look after a child.

I mentioned to her that hiring a 15 year old as a nanny or house-help in Nigeria is a criminal offence – under the CRA. She justified the whole thing by arguing that she was helping the young girl by paying her a salary, and sending her to a public school. She added that that an older nanny could “steal her husband from under her nose”.

If we are to eradicate the flagrant disregard of the rights of children in Nigeria, then the Child Rights (as provided under the Act) must be well known among parents, guardians, teachers, employers of labor, providers of services – and every citizen.

So, in an attempt to be the Friend Who Gives You Unsolicited but Useful Advice, here are 15 Child Rights contained under the CRA which may interest you:

Additionally, or in substitution to the penalty, a Court may make an order compelling the parent or guardian of a child to get the child immunized.

–  Subjected to attacks upon his honor or reputation.

–   Held in slavery or servitude while in the care of the parents, legal guardian or school authority having the care of the child. This includes prohibition against engaging children of school age to hawk on the road, beg for alms, prostitution, etc.

There are so many other rights of a Nigerian Child contained in the CRA, but diverse reasons – ranging from unawareness, cultural differences, poverty, educational background, religious beliefs, among others, are behind the non – implementation of the Childs Rights Act in the country.

You would be surprised the number of parents, guardians, and school authorities, who don’t know about the existence (or provisions) of the Child Rights Act.

Together, in our own little way, let’s do what we can to inform people about (and likewise protect) the Rights of children – so that every Child could have an equal opportunity to grow, survive, be protected and participate in decisions that impact their lives.

Which of these Child Rights did you not know about, and which do you think we need to pay more attention to?

The Struggles of a “Professional Bridesmaid”

Sigoja: 10 Simple Tricks For Getting Rid of Tough Stains Around the House

Oby O is an In-House Counsel at a Quasi-Government Agency in Nigeria; with core specialty in Corporate Litigation. She is the founder of Early Learning Resources by ProjectBaby Nigeria; inspired by her 2 lovely boys - J and CJ. She advocates for Intentional Parenting, Positive Discipline, and gender parity, and in her spare time she blogs at www.playsuitsandlawsuits.com. You can follow her on instagram @projectbaby_ng @oby_o @playsuitsandlawsuits