The Adoption Series with Abimbola Adeluwoye: Raising Our Voices Together 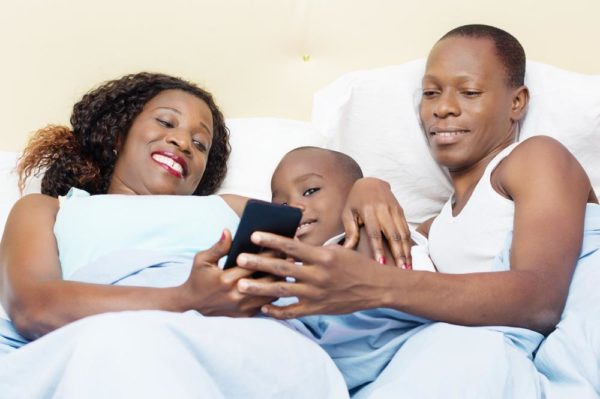 In writing this Series, I will confess that I have encountered more than I bargained for.

I have been riled by the comment section, asked questions in my mail for which there were very few places to check and even fewer people willing to provide answers. I have experienced the whole gamut of emotions: excitement, anger, impatience, disillusionment, insecurity and even questioning if I had any right to be doing this.

I was not adopted. I don’t personally know anyone who was. All I had was a desire to adopt, and even that was a cloak for something deeper.

It seems so technical, all the bureaucracy involved in acquiring a child of the state. Once you have scaled through that long waiting list and the sometimes even longer waiting period, all you have to do is to look good on paper, have a nice child-friendly house, get people to say nice things about you, be nice to your child during temporary placement, get a nice social welfare officer, a nice lawyer for yourself and a another nice one appointed by the court for your child, get a nice judge, then you are set for parenting ever after.

There is so much that goes unsaid in this process and even beyond, you cannot even begin to imagine.

When the Series seemed to drag, I wondered why I was so obsessed in ensuring that people were educated in every facet of adoption rather than just rush straight to the process itself. Yes, I wanted an eventually knowledgeable readership, but I also wanted more than anything to protect the minds of the people who would go this way. I don’t always agree that knowledge is power. Ignorance is also beautiful. But not this time. People become so embroiled in the legal process, they forget that there was history before the adoption, both for the parents and for the child, which they both have to come to terms with before continuing.

Most parents are sadly ill prepared for this, even with all the pre counselling and post counselling the government provides them with. There is simply little or no information, and what the government may not be willing to admit is that some children in their care are damaged beyond repair. Enough with the clichés already, love does not always conquer all. I wanted parents to know this and be prepared.

You really did not need me to tell you how to adopt. If you really wanted to know, you would not have waited till a Series happened by on BellaNaija that talked about it. If the information was not really forthcoming, a Google search on “How to Adopt in Nigeria” would have answered your questions; even more than would have been provided within this 1200 word limit. One or two well-placed whispered inquires in the right ears would have pointed you in the right direction.

So why are we really here? Why do I send in a post every Monday and you read religiously or sometime during the week when you have the time?

In the first entry, I talked about making so much noise about adoption, it becomes a norm rather than the exception.

What I have realized is that one voice making so much noise will go hoarse. Five, ten voices will carry on far longer and build on the strength of each other, if they are not all shouting at the same time.

Let us raise a community instead. A community of people who will provide strength and purpose for each other through shared stories on adoption and their circumstances.

Let’s make the noise together and hopefully someone with the power to help will not just promise reforms to the adoption laws and attitudes to adoption, but actually bring a change to these laws and people’s perceptions to ensure they are implemented.

One thing that has become clearer is that the government cannot do this alone. A public-private partnership is needed in this sector. The government needs to license adoption agencies and grant them formal recognition. It would take a lot of the pressures off the government and provide children with homes faster than they are capable of. I have researched this deeply and I am willing to set up one.

One reason is this, a lot of people prefer to adopt babies. By the time the system is through, he/she will be two to three years old. It is very naïve to think that the child is young enough not to have formed any memories, impressions or behaviors at that age. This may be good or bad.

Is not possible for us to develop a system where they could put their babies up for adoption through such agencies (with a qualified consulting government official in staff) before they have them?  This may even come with a possible future reconciliation with the child. Is not better than the high death rates caused by quack doctors, infections and possible future inability to conceive?

Secondly, babies are in high demand. It is the older ones that no one wants. They are passed over like last season’s clothes.  Can we not adopt the United Kingdom’s concept on concurrent planning and help to place these children with foster families who could eventually adopt them while actively working with therapists to ensure they assimilated into society?

I have had to accept that while I can be highly empathic, I cannot replace passion with experience. Neither can I tell a story that is not mine.

I am therefore asking that if you have been adopted, or a parent to an adopted child, a social welfare officer, a policemen, you work in an orphanage, a juvenile who grew up in a home, a parent in waiting on the government’s list, a single adult who is considering adoption because you are afraid your biological clock is timing out, a divorcee who struggled with infertility, you can share your experience/ worries/lessons with me and they will be featured in this Series.

People need to hear your voices louder than mine. Take every necessary step to protect your identity, if you wish. I will not pry.

Please send your writings to me at [email protected].

“If there is a cause worth fighting for, it is this: children belong in families.” – Nicole Skelenger.