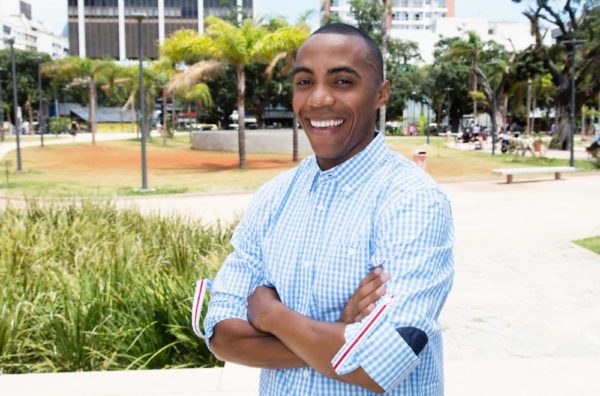 “This is Lagos,” She says to you as you meet her for the first time.

You are surprised at her blunt statement. You expected a very warm and welcoming statement from her.

“Yes, I know you are Lagos. I thought you would smile and hug me, I mean…”

“This is Lagos, I don’t care how you arrived here, get used to me” Lagos replies and swiftly moves away.

You shake your head and shrug your shoulder, wondering why a beautiful lady like Lagos could be so cold. You turn round to pick your bag, and your heart sinks.

Your bag has disappeared.

Everything you brought with you to start up life has been stolen.

You have been introduced to Lagos.

You heard a lot about Lagos and you came to collect what she has in store for you. People said she is the ultimate person to meet. They told you, “Eko na the place to be.” They said Lagos is super rich and would help you achieve your dreams in life. Lagos would make you roll with the big ballers you read about in the news and saw on Television. After meeting Lagos, you would return back home a successful individual.

But now you have realized that Lagos is a mysterious lady, she is unpredictable, she blows hot and cold, her loyalty is fickle, and she is slippery like an eel.

The first thing you noticed about her is that Lagos is always in a hurry. She is always on the move and never stays at one place for a long time.

You noticed that Lagos never sleeps. “Eko no dey sleep”, she is always up at all hours of the day engaged in one activity or the other.

You would need to adapt to her.

You studied and adopted her peculiarities and mannerisms.

You learned to speak, talk and act like her.

But Lagos didn’t open up to you. She squeezed your neck and subjected you to many unpleasantries.

She taught you the virtue of patience as you stayed in traffic jams on her third mainland bridge for hours.

You can now fight off pickpockets and agberos at Mushin

You now sleep with one eye open at Ikorodu.

You can detect and avoid boarding “one chance” vehicles at Iyana Ipaja.

You are sad. They never told you Lagos could be harsh and unforgiving, and that she could be ruthless and unsettling.

You have dreams you must achieve.

You want to roll with the big boys at Victoria Island.

You want to live next door to the billionaires at Banana Island.

There are times that you get tired of chasing Lagos, there are times you want to pack up and go elsewhere but she would come to you at night and whisper to you as you lay on your bed,

“I am Lagos, the center of excellence. Everybody from all around the world comes to meet me because I make dreams come true. Even my sister, Ogun is here with me. Who else would you rather live with?”

Then you hear the news of a hustler who has been blessed by Lagos’s magical wand and has made it.

So you stay put in Lagos.

Lagos is cosmopolitan, sophisticated and a fun loving lady, despite her busy schedule, she creates time to party, and there is no party like a Lagos party. The food, the drinks and the money that flows is mind-boggling.

You can’t leave Lagos, she is everything you want, no matter how bad she is, Lagos is the place. She has woven her mystique and charm around you.

You have fallen in love with Lagos.

You would defend her anywhere you go to.

Jennifer Nagu: Make Your 2018 about Family, Faith, Career & the World