Nengi Phil-Ebosie: How Long will the Raging Bull Run? 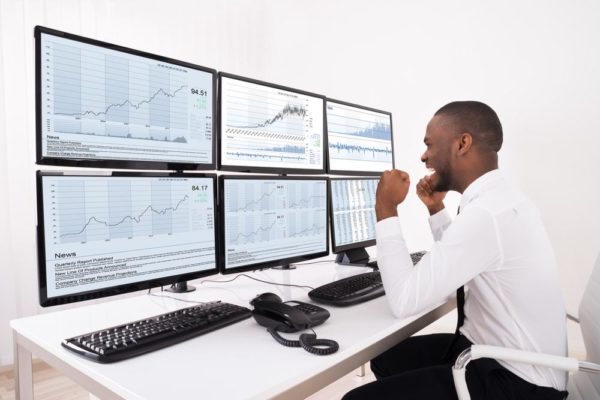 How long and how far will the Raging Bull Run? Unfortunately, no one knows for sure.

It’s no news that the Nigerian Stock Market was ranked among five best performed stock markets in the world in 2017 as reported by CNN Money.
According to the report, the Nigerian All-Share index gained 43% in 2017, though the index level was miles below its high record of 66,371 points pre-global market crisis in early 2008. (Proshareng)

However, the rally witnessed in 2017 hasn’t waned, but has continued to garner momentum at the start of 2018 with the All Share Index recording 17.37% as at 17th January 2018 (FSDH Group Research) . (The highest amongst the major global market) in just twelve trading days this year .

Furthermore, it may interest you to know that at the start of 2018, other stock markets across the globe have not been left out of the rally. The US Dow Jones Industrial Average (DJIA) on January 4, 2018, hit a record high of 25,000, 19 trading sessions after it hit a record high of 24,000-mark on November 30, 2017 (CNN Money). The Dow Jones Industrial Average, a major US stock Index is considered a key benchmark for measuring the health of the US economy. The major benchmarks across US have returned 5% YtD apiece

The recent windfall may not be unconnected to the Market Anomaly known as the “January effect”.  According to the theory, the January effect is a name for the stock market’s relatively strong performance at the beginning of the year. In addition to general optimism associated with the start of a new year, the January effect is supposedly triggered by stock buying following year-end tax-loss selling (tax loss harvesting) in December. On the contrary, a Goldman Sachs analysis of returns since 1999 noted that the January effect has faded when compared to a longer history going back to 1974 (CNBC). Whether this view is right or otherwise remains inconclusive.

Corporate results are set to be the next big focus. The earnings expectations and subsequent high dividend anticipation have largely contributed to the rally experienced in the Nigerian market in the new-year. Investors believed that many quoted companies especially the financial services benefitted from the high interest rates environment in 2017 which would have translated into distributable profits by year end, hence, the need to take positions and benefit from the high dividends to be announced when audited results are released by Q1 2018.

Lastly, the favorable high interest rate environment enjoyed in 2017 isn’t probable going forward as rates across all fixed income tenors have crashed by over 500 basis points in the last two months. Hence, investors are looking for alternative channels to invest their funds and enjoy reasonable earnings.

It is important to note that the good times don’t last forever for no one knows how long the Raging bull will run BUT enjoy it while it last.

‘Lamide Jasanya: Dealing with the Loss of a Loved One

Adenike Jemiyo: Making the Most of the Hand You’re dealt in 2018

Nengi is a finance specialist with several years of experience, A Foodie & Super GAME OF THRONES addict. A mother, wife and believer of God. MOTTO: No knowledge is lost