Oris Aigbokhaevbolo: The Royal Hibiscus Hotel is Cute but Unoriginal 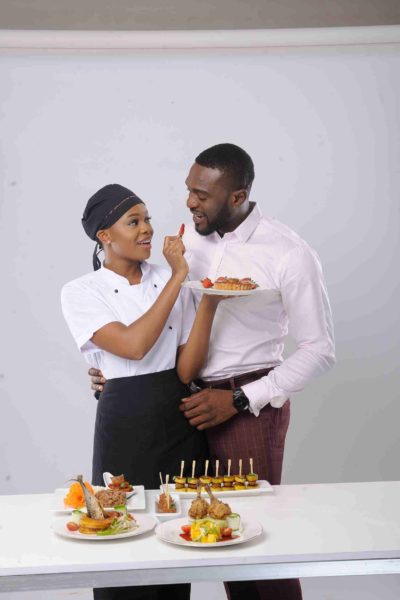 Mo Abudu is on a mission to restore happiness to Nigerian life. The Wedding Party famously ended with a celebration. The new picture Royal Hibiscus Hotel, directed by Ishaya Bako and which showed at the Toronto International Film Festival last year, ends with a Disney favourite, something about “happily ever after”.

Before we get there, we are treated to a storyline that would fit any number of children’s cartoons—not the complex newer ones but the fairytale types. Abudu, who receives story credit, is targeting your actual teenage niece and your inner teenage niece. What she isn’t targeting is any kind of cinematic achievement.

Played by Zainab Balogun, Ope, the film’s centre figure is a chef just from “the abroad”, and looking to take over the kitchen of the titular hotel, which is owned by her father who has somehow accumulated debt and now needs to sell. If you’re familiar with Hollywood tropes you might figure that he can’t bring himself to tell his wife or daughter about the real state of the hotel. We are never quite convinced of anyone’s passion for the place, but we are told it is supposed to be special – to this curiously nuclear family.

We are never told how a Nigerian patriarch of Jide Kosoko’s character’s age has only one wife and one female child. There are no ancient family pictures, no flashbacks revealing warm memories, just flora and colour-coordinated furniture.

Martin, an uncouth deal-maker played by Deyemi Okanlawon, twists the arm of the hotel’s owner (an excellent Jide Kosoko) into agreeing to a sale and brings in hunky buyer Deji (Kenneth Okolie) to come stay at the hotel for reasons that aren’t quite clear. In no time hunk runs into chef. As expected there are sparks. But only just. The attraction between both is resolutely PG: it is not a relationship; it is an affair modelled on a 13 year old’s crush, with middling clever banter, without the messy mechanics of making love. We get dance, drink, date, and then cut to dawn. Feel free to fill in the blanks.

Zainab Balogun is well suited for non-messiness: With her wholesome image, she’s Julia Roberts for the millennial; or a Nigerian Meg Ryan before the 1990s’ Hollywood sweetheart starred in 2003’s In the Cut.

And indeed the film takes several parts from the west. The title might remind you of The Best Exotic Marigold Hotel (2011) and The Grand Budapest Hotel (2014); a scene with Martin acting nasty toward the chef might remind you of a scene with a cruel Frank Langella character and a waitress in 2001’s Sweet November; and there is the buoyant optimism of Hollywood comedies sprayed all over the picture and its score.

Abudu and her screenwriters seem to have recalled elements of the foreign films they saw growing up and have decided to patch them up for their Nigerian audience. It is sophistication via copy and paste. The result is unoriginal, but cute because of the likeable celebrity cast, with Rachel Oniga playing an overwrought Nigerian mother in the best way possible. (Abudu is not beyond stealing from herself and has remade Oniga in the image of Sola Sobowale’s noisy mum in the first Wedding Party.) There’s also Kemi Akindoju as a flirty receptionist who deserves to be fired, but is just as fun to watch as Oniga. Sadly for the brotherhood, besides Kosoko, the men are upstaged by the women. The whole package is fun, familiar, and forgettable.

Royal Hibiscus is one more proof that the filmmakers of Nollywood are becoming specialists in making these funny shallow pictures, which is fine for a good time in the dark, but there is a bit of a problem. Consider that throughout this review I’ve referred to producer Abudu more than director Bako as creator, which is a twist on the conventional version of the auteur theory. It’s for a reason.

Bako doesn’t have an imprint here, in the same way Niyi Akinmolayan was hardly present in the second Wedding Party film. So that Royal Hibiscus has more in common with Wedding Party and Fifty than it does with Road to Yesterday, Bako’s previous film. (Kemi Adetiba’s music video aesthetic is also based on celebrity, so there was no question of producer overshadowing director for the first Wedding Party film.)

It is impossible to say what fresh insights into filmmaking and Nigerian life have been lost in the sacrificing of these young directors on the altar of Abudu’s chic, relentlessly commercial vision—but it is unlikely to be happily ever after for anyone seeking something more original, more diverse, and less lazy. Or for anyone seeking more than laughs, colour, and celebrity from Nollywood.

After Five: When the Office Becomes the North Pole