Peculiar Okafor: Single at Valentine ..... Ghost of Boyfriends Past 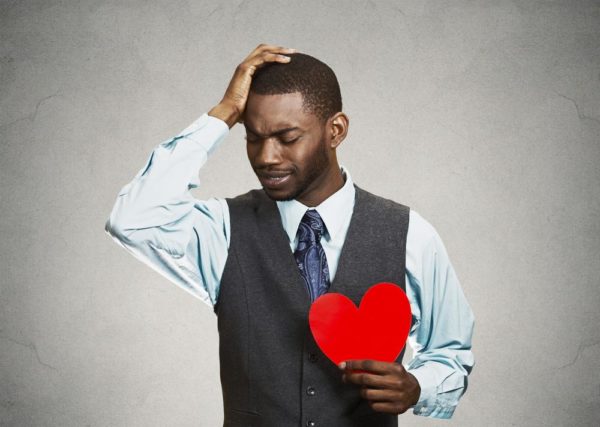 I remember my first ‘toaster‘. I was 11 and in Jss3. I was wearing a white shirt and a green skirt and it was at 7&8 bus stop. I saw a guy staring at me intently and I knew that today would be the day I would be ‘toasted’ for the first time. I was excited, but tried to play it cool. He eventually walked up to me and asked me out. Of course my answer was ‘No’,  but I couldn’t wait to tell my friends. I was the youngest among them and they had all been toasted.

I remember my 1st boyfriend, I was 13 years and in SS2. He would come around and disturb me consistently. He irritated me,  but with time, I started to look forward to his disturbance. He also began to write poems which he dropped by the flower pots in our compound as well as hand made cards and drawings of me. I remember how the relationship started with the words ‘xxxxx kiss me’. I was the one who said this and that kiss was magical. We dated for three years. He moved to the Island but he sent mails daily, cards and money through friends.

He loved me, called me Senorita and I called him Senor-moi. He would calm me down when my hormones raged and I wanted to go farther than kissing and holding hands. He said I was beautiful but he loved my personality and heart more. Even when he moved to the Island, he did everything to keep in touch till he moved to South Africa and we lost touch.

I remember the first guy whose heart I broke. He was in final year and I was in first year. Our relationship was beautiful, loving and warm. I was safe around him and he was a good guy, handsome and Intelligent. He respected me and treated me right, but I broke up with him because I was bored. I remember him calling me, trying hard not to cry ‘I want to know the guy taking you from me’. I responded that there was no one and indeed there was no one; I was just bored and needed excitement. As an extremely blunt girl, I didn’t play games.

I remember the guy after him. He had been asking me out for a while (one of the many toasters I had in Uni). I decided to date him because he loved me and was rich, but two weeks after, I had to break up with him.hi told him the truth that I didn’t love him. After trying to reason with me, he gave up and simply said ‘you’re confused, be careful else boys will use you’.

I remember my first heart break. It was in second year, I had met him at a friend’s brother’s house and we had teased him mercilessly. We kissed at a party that evening and after he passed some tests I set, we started dating. Two months later, we broke up for a simple reason. He had failed on a promise to visit me because he had a match to watch. I called him the next day and jokingly asked him to visit me that evening, his words were ‘I’m tired’. He gave the same response when I told him I’d visit him instead and he said ‘honestly, I don’t want to see you this evening, I’m tired and I want to sleep’. I spent hours on the phone with him crying and asking to see him and he was adamant. That moment, we both knew it was over. We had a conversation days after and he said ‘let’s be friends.’ I stood up to walk to the door and he said ‘please don’t kiss me, it will mess things up’. I smiled and told him I understood. While we had a chemistry, it wasn’t enough. He apologized a year after but I was a different person then.

I remember my first abusive relationship and how it broke me so much I hated myself and men in general. I remember it took me two years to find myself. He remains the only guy I ever really loved.

Other relationships have been a blur because they were not the 1st of anything.

I remember my first marriage proposal. I was 16, he was a retired general. My mother prayed for me and said ‘my daughter, you will not marry an old man’. There have been several other proposals, but none of them have been from guys I like.

I remember a lot of things: the married toasters, the guys who said I toyed with their emotions ( I never intentionally did things like this but hey I guess it is what it is), the almost relationships but more importantly, I remember the girl I was all those time.

Starry eyed, curious and happy at 11.

Happy, extremely used to masculine attention, confident and at the edge of the end of my tomboy phase at 16.

Trying to find my fashion footing, dabbling in pageantry, hurting and holding on to an abusive relationship at 17.

Angry, bitter, sad, critical, insecure, low self esteemed, with a deep desire to repel men ages 18-21. Funny thing, I had quality toasters across all age groups and nationalities at this age, I partly believe my husband could have been one of them.

Healing and trying to get back to the dating game opening up slowly to guys 22-23.

Ending a steady relationship due to infidelity; 24.

Finding myself wholly and fully; 25.

The point where I found myself and became extremely aware of me is the period I’ve had my longest single spells – probably due to work, enjoying singleness and the thrill of meeting random people (to be honest, I started this man matter too early) and generally being my favorite person confident that I’ll be a single mother (for some weird reason, while I lost the man hate and anger I developed at 18, I always wanted to remain single, the thought of marriage held no appeal whatsoever.)

This valentine is different, while I have three dates planned (2 with married toasters who won’t leave me alone so I’ve decided to chop their money and one with a foooine brother I don’t like), I have never felt so single and alone. I long to love again, the way I did before I turned 18. I long to know I had someone and someone had me too, I have been in the dating scene too long, more than half of my years on earth and it is time for others to take over. Yes I nailed it, I want a child and while being a single mum is a fantasy, I know I’ll never try it so cupid has got to look in my direction cos love needs to find me but while I wait, I’ll spoil mu god children silly. Did I mention I’m the only single one amongst my friends.

P.S This is not a true life story.

234 Finance: 10 Tips For Starting your Business With Nothing