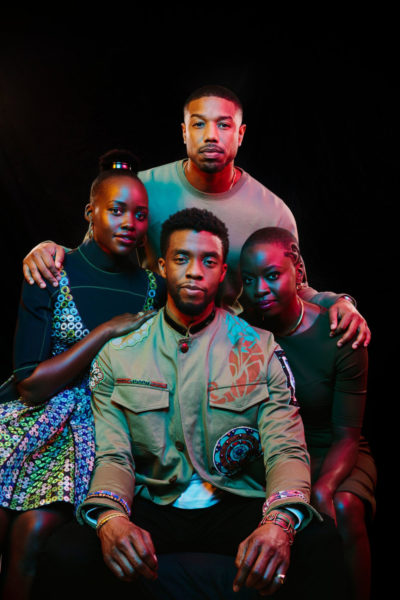 One notorious self-proclaimed film culturist once opined that it was disrespectful for anyone to expect him to turn off his brain in order to enjoy a movie. His angst was stirred by what he termed gender-biased praise for a film, which in his book wasn’t as good as some of his wet dream kick-ass movies with strong Spandex-clad female protagonists. His rant almost seemed rooted in a teenage misogynistic fantasy.

He was riled by the fact that audiences worldwide had been reacting solely emotionally to Wonder Woman, as the new poster child for pseudo-feminism. Personally, I faulted his reasoning, insisting that viewers were allowed to connect and react emotionally to works of art and fiction, which is no less a valid perspective to appreciate a film from. (I can’t wait for his take on Black Panther)

Oh, he went ballistic, and I could sense he was sobbing as he typed more senselessly defensive words to soothe his self-righteous indignation at what he described as gender-based emotional blackmail – in his defense, he postulated that Wonder Woman, another superhero movie, was unapologetically promoted as a female superhero eye candy, featuring the sexy Gal Gadot in the lead role, directed by a female, and thus targeted at gullible female fans, and pussy-whipped men (like me) who would shamelessly support a terrible film just to impress or at best avoid the wrath of an ever expanding powerful crowd of pseudo-feminists on social media.

But in all his excessive need to masturbate in public just to prove he had a deeper, more intellectual level of film appreciation, the self-styled authority on film forgot one crucial factor. His mantra: “don’t ask me to turn off my brain” was already greatly flawed. Because, for a grown man to walk into a movie theater to watch a superhero movie where the characters brandish superhuman strength; stop 50 caliber bullets with their bare hands, and move at speeds that would make the Bugatti Veyron look like World War 1 food supply truck – that grown man already left his brain at home. That’s why the superhero sub-genre falls under the fantasy category, and the fact that you read the original comic books as a child does not automatically make the story an authoritative biography.

One would argue that only a fool goes to see any superhero movie, or any movie entrenched in the fantastical, only to come out complaining about not getting Schindler’s List. If you want to see a biopic just so you can argue historical accuracy, please go watch Ali or even settle for Citizen Kane.

Now, that we understand that our righteous friend, though unbeknownst to him at the time (and I doubt, even now), had left his over-educated brain at home before he went to see Wonder Woman, let’s quickly move on to my present predicament.

I took my own brain, and I almost left it on when I went to see Black Panther.

Marvel has perfected the art of selling opiates to the masses. They’ve been peddling mind-altering substances since they expanded the Marvel Cinematic Universe. And now, in collaboration with Walt Disney Studios – they’ve designed a psychotropic substance so advanced, and like any clever peddler, they’ve targeted the entire Negroid race – from the continent of Africa to Antarctica – anybody with an iota of “blackness” in his/her biological or social genealogy has been targeted.

Blaxploitation films are back with a vengeance. Nostalgia floods in, and we remember Shaft – and its inglorious sequel Shaft in Africa. Richard Roundtree and Samuel L Jackson both played the eponymous character at different times, and oddly, at the same time in its later reboot. And Black Panther is the most recent attempt at reviving Blaxploitation films.

I really don’t have a problem with Blaxploitation films or any other film genre that exploits the emotions, cultural connection, and sensibilities of a people based on race or gender. I actually expect to see more of such films. I encourage it. But if you’re going to sell me on a mind-altering experience, you better deliver on the highly anticipated and greatly desired high.

Black Panther did not deliver that high. Black Panther was promoted aggressively as a keg party where all the guests would be served a large bowl of chicken wings and fries with all the beer you can drink, but instead delivered a soiree where the guests got a sandwich plastered with mayonnaise and a plastic cup of decaffeinated soft drink.

Black Panther had some amazing moments. Not Deadpool amazing, though. Not even close to Logan. But there were moments. Andy Serkis who played Ulysses Klaue (or Klaw) delivered a performance reminiscent of Heath Ledger’s Joker in The Dark Knight. Serkis played a lovable bad guy to perfection. Black Panther director, Ryan Coogler should have sat down with Tim Miller (Deadpool) and James Mangold (Logan), to discuss how to get a superhero movie started, because Black Panther could surely use a more powerful opening sequence. A lot of times, you could feel the film reaching out to you with an apology through the screen, begging you to pardon the sluggish pace, predictable plot, and uninspired set-ups.

Black Panther kept reminding me to turn off my brain, despite the fact that I already turned off all my smart devices – phones, tablet, and of course my brain. But the film made me realize that I also needed to turn off my genes – to turn off the African in me, as it kept infuriating me with its extremely nauseating depiction of the “African accent” – I wanted to pull my hair out, but realized I had very little, and resisted the urge to beg the lady in front of me to pull out her hair in protest of the cringe-worthy ill-rehearsed accents that kept harassing me throughout the entire film.

Michael B Jordan vs. Chadwick Boseman – just like in their encounter in the royal ritual combat, Jordan bested Boseman effortlessly, and just as it applies in that line which is perhaps one of the more memorable lines from the movie just before he throws Boseman’s character off the cliff, “is this the man you call King?” (or something like that), my take out from that scene was that Jordan was asking a much deeper question, “is this the best black guy you could find to play Black Panther?” Jordan delivered a much more charismatic performance as Killmonger and as the other short-lived Black Panther. Then there was Forest Whitaker as Zuri. Oh, that’s it. We had to have a heavyweight actor in the movie with nothing heavyweight to do, except for taking the sharp end of a spear in elegant fashion.

“Did he freeze?” – the whole play on freezing provided a much-needed icebreaker, but throughout the film I kept hoping for an explanation why the Black Panther kept freezing in front of Nakia – none was provided. So the entire bit about freezing worked well as a much needed albeit unexplained comic relief.

Oh yes, for anyone who’s probably only just been on a Safari to Kenya or Tanzania – the film’s depiction of Africa would seem impressive. For those who’ve never visited “Africa”, the depiction would be magical. But for Africans living in Africa – especially the Nigerians who had a massive sad laugh as the sequence set in “Sambisa Forest, Nigeria” played out – the production designer did not even come close to convincing real Africans (this sequence alone should be nominated for a Golden Rasberry Award). Oh, sorry, I forget – I turned off my brain.

It seems like a large part of the production research was carried out on Google. The research teams were either too “afraid” or too cheap to board a few planes, jump on a few buses, ride on a few horse or camel backs, ride on bikes and tricycles to some of the not-so-remote African societies/ communities/ tribes/ locations depicted, to make first-hand observations in order to enhance the cinematic experience. But then again, Black Panther is not Schindler’s List – and there’s no expectation of cultural accuracy – it’s simply a superhero fantasy film, so I’m afraid I’m really not making much sense when I argue that a film based on someone’s fantasy should reflect or even remotely resemble a people’s present or past realities. After all, to most foreigners, Africa is a very large country. So, let’s just make a film that exploits this African mythology, and give the world one more reason to believe Africa is just a third world country with many colorful tribes, where all its citizens speak with a dreadful accent.

Finally, I grade the film a generous 55%. It works as a popcorn spectacle. Not deserving of all the hype. And perhaps may not impress Africans and persons of African decent as Marvel had hoped the film would. It will make a lot of money, but won’t hold as much cultural significance as other Blaxploitation films like Shaft, Superfly, Spike Lee’s Do the Right Thing, and John Singleton’s Boyz in the Hood. I may be wrong, and black people may be more forgiving than the ones I shared a movie theatre with. They may remember Black Panther more fondly in the future.

However, I’ll recommend you see Black Panther, just so you can enjoy the amazing performances delivered by Michael B Jordan and Andy Serkis. Hopefully, the sequel will make all the necessary adjustments required to transform Black Panther into a cinematic opiate potent enough to satiate the long-starving appetites of a culture in need of a worthy black superhero.