Love without Boundaries with Bukola Ayinde: Every Child Deserves to Go to School 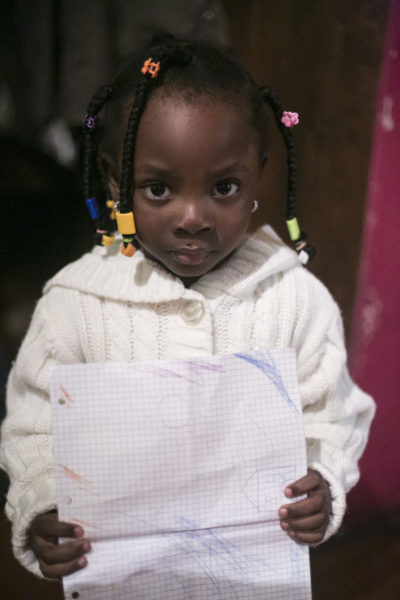 Every child, no matter the race, ability or status deserves to go to school. They deserve to be respected and treated with dignity. Quality education should not be an exclusive right of children who are physically fit and able to sit with the right posture. The fact that a child looks or acts differently from other children doesn’t automatically exclude him from getting a befitting education.

Recently, I spoke with a man whose seven-year old son has cerebral palsy. Fortunately, the man is a teacher so he put his son in the school where he teaches. At the end of the term, his son was the best student in the class. However, the school refused to give the boy the first position because (according to the school) it would look bad if a child with disabilities is seen to perform better than other children without disabilities. After that term, the father was encouraged by the school to remove the boy from mainstream school and enroll him in a special needs school. I asked the father what his son does in the special needs school. According to him, he does a few exercises and he is taught to put together some learning blocks.

In plain terms, the boy’s life had regressed. I encouraged him to look for a mainstream school to put his son and I told him that his son will surprise him in the future.

Some weeks back, I visited Patrick Speech and Language Center, a school for children with Autism. The amiable Mrs. Dotun Akande took me around to see the center. Fantastic, I was impressed with what she had done in the school.

When a child gets to Patrick Speech, the child is assessed to determine how best to work with him/her. Once work begins with the child and there is significant improvement in his behavior, he is introduced into the mainstream school gradually. The child could start with two or three times a week in the mainstream school and the other days at Patrick Speech until he is able to make the full transition. Sometimes, the children may require some level of assistance in the mainstream school. A caregiver or assistant could step in where necessary.
However, the children who are unable to make the transition are taught life skills and vocational training such as shoe making, bead making, sewing, art work and many more.

On the other hand, I have once suggested to a parent to withdraw her child from a mainstream school. The school her child was attending claimed to run an inclusive center. However, her child was excluded from most activities and was kept at a corner of the class. When other parents complained about the boy (the parents requested that all the children with disabilities should leave the classroom) the school moved her son with some other boys who had autism to a separate class. Her son was not achieving anything excepting marking attendance. After I spent some moments watching her son, I realized that the boy will do better in a special school that understands his condition and has plans of helping him to get integrated into a mainstream school. I also suggested to her that if she could not afford such a special school, she should employ a behavioural therapist to work one on one with the boy at home until he can be integrated back to the mainstream school.

My admonition to parents of children with disability is that they should obtain the right diagnosis for their children. That is the starting point. This diagnosis should come from a paediatric neurologist after series of test has been carried out.

Secondly, no matter the diagnosis, believe your child can learn. Eventually, this may not be so but it is better to start early in teaching your child than to waste precious years based on wrong assumptions.

Start teaching your child from the home. Talk to your child like you would your friend. Ask questions and expect feedback. Read to your child and introduce words to him/her. Even if he cannot speak, believe that he hears you and keep depositing knowledge into him. I have seen and read amazing stories of children whose parents believed that they could learn despite their complicated diagnosis and the children turned out surpassing their parents’ expectation. Your child’s story could be the next if only you try.