XPloreNollywood: 10 Marvel Cinematic Universe Villains Who Have Made the Franchise Worthwhile 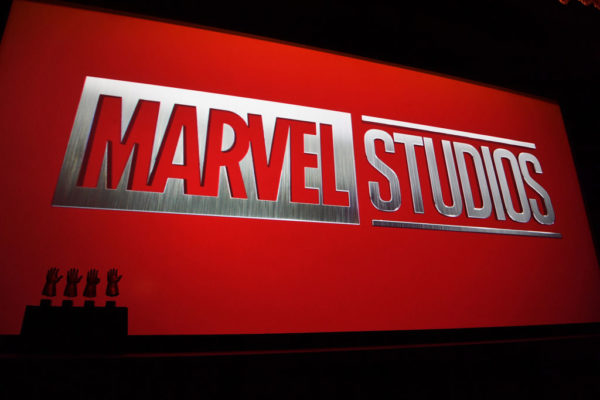 “When I’m done, half of humanity will still exist. Perfectly balanced, as all things should be. I hope they remember you.” – Thanos; Avengers Infinity War.

**
Marvel Cinematic Universe continues to cash in for the year 2018. With a box office hit of a billion dollars for Black Panther, the Avengers Infinity War has hit that mark and is estimated to surpass it once it is released in China (the world’s second largest movie market.)

Evil takes many forms in the different Marvel franchises and I doubt if the movies would be any good if their villains were not worthy of note. Villains wear a new look and have the most fun in recent times. They are the guys we want to hate but can’t help but love, especially when they take down earth’s mighty heroes. Asides giving the Marvel heroes someone to obsess, shoot or wrestle with, they also get the coolest lines.

Here’s my list of top 10 Marvel Villains, who have made the franchise worthwhile.

‘Nice to meet you Mr. Doctor Strange’… Not sure if he could hear what he was saying in his head, but Kaecilius was a driven and calculated foot soldier. There wasn’t much to him, in fact he was quite simple. However, his fight sequences were great and tremendous especially when he got into it with the Ancient One or the final fight sequence with Strange. Plus, he had cool eyes glitter.

What do you do when you have serious paternal or should I say mentor issues? You have an insane character like Darren Cross. He was just seeking for attention from his scientific genius figure mentor played by Michael Douglas and since he wasn’t getting it, he was motivated to steal his company so he would get his hands on his Ant-Man secrets. Darren was ruthless; vaporizing a board member, flushing him down the toilet. He was so driven by this need for attention that he even went ahead to use the formula on himself without testing it first. Now if that isn’t desperation, I wonder what is.

Aldrich Killian is the guy who was ignored by Tony Stark, and instead of going to sulk about it, he rebuilt himself bigger, better, and badder with one thing in mind, to ruin Tony Stark. The movie kicks off making us believe that the Mandarin, played by Ben Kingsley is the actual villain, but with the reveal of Guy Pearce, the movie becomes fascinating to watch. His super power experiment is so tough to beat that he is blown up in one of Iron Man’s suits. Did I mention that this movie showed the kind of genius Iron Man is? His toys and gadgets were too cool for school.

In the second instalment of the Avengers franchise, we see the writer asking the tough and difficult questions on humanity, nudging us with the fact that the heroes might not be all they are pumped up to be. Ultron shares a similarity with Thanos, total elimination of humans, rule the world blah, blah, blah. His theatrics seem a bit much, his frustration when people refuse to understand his motives are eminent, but his lines…
As Tony Stark is believed to be Ultron’s “father,” since he created him, Ultron inherited Tony’s corky and snarky delivery. He is one of the MCU’s very best baddies.

Am I the only one that was feeling Kurt Russel as Ego? From his entrance scene, his rugged charm, I knew something was amiss, I just didn’t know he would move from 0-100 in a matter of minutes. Kurt as Ego was perfect casting by Marvel with a great back story. The living planet is complex, and an interesting character that you can’t help but like and earns a spot as MCUs best baddies.

Bucky is one of my absolute favorite baddies of Marvel. He reminds me a bit like Daniel Craig. His eyes are ice cold. A true combatant, all the Winter Soldier hears is his final command, nothing else matters, especially when he is brain washed sha!
His fight sequence was top notch; from the Nick Fury jeep scene (which was awesome to watch), to the car scene with Capt. and Black widow, and his eventual fight scene with the Capt. He gave Captain America and his crew a run for there money and was a strong visual antagonist with a personal connection to the Captain.

She is the only female villain in the Marvel Cinematic Universe; Hela is played by Oscar award winner Cate Blanchett and boy did she bring it, tearing up every scene she is in. Cate wasn’t playing at all. She brought her A-game destroying Asgard and all the other places that did not bow to her whim. Her role and scenes were memorable as she was basically having fun, destroying Mjölnir, a weapon believed to be the most fearsome and powerful in existence with just one hand. If that doesn’t earn her a best baddies spot, then I am not sure what else will!

Black Panther is Marvel Studios’ most substantial film to date, as the story contrast an African experience with an African-American experience. Truth is, there in nothing wrong with Killmonger’s motives, just that his way was kind of extreme. He was calculated and let nothing stand in his way. His performance was phenomenal never backing down on his belief even in death.

Without giving out much especially for those who are yet to see the movie, Thanos has been teased in a couple of the Marvel movies as such we were anticipating a full-blown war and we got it! Action packed scenes; check! Great use of all the Avengers; check! Awesome and funny lines; check! Formidable villain; check, check and double check! Josh Brolin ‘s does a good job as Thanos playing an emotional and concerned character who is carrying out his beliefs for the good of the universe and with a snap of a finger he is done.

‘Loki’ makes my number 1 villain. I just can’t get over this master of trickery, fear of Thor, jealousy and his quest to be the ultimate deity. Loki brings a ton of Shakespearean feel to his character which makes him witty and likeable. I won’t lie, Loki is that villain that one can’t help but like and I root for him sometimes, he’s so delirious and whether he’s fighting The Avengers, pulling wool over his brother’s eyes, destroying New York or gloomy in a cell, I am sure we can’t help but love the god of mischief.

Do you think these villains merit the title as best or greatest villains of Marvels Cinematic Universe?

Let me know in the comments section, who else should have made the cut?