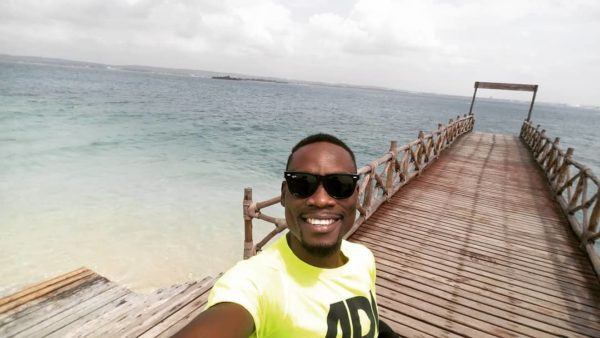 EbonyLife TV has released a statement concerning the allegations of sexual assault made against “Men Corner” host Andre Blaze.

The tv host had been accused of sexual assault by acclaimed speaker Timehin Adegbeye.

The assault had taken place 2 years ago, she shared on her Twitter, in full view of a group of people.

Andre Blaze had previously issued a brief statement saying those who know him can attest they are not the actions of the person they know.

He would address the matter in full at a later date, he continued.

In the statement released by EbonyLife TV, CEO Mo Abudu said she’s concerned about the allegations and is determined to find the truth. 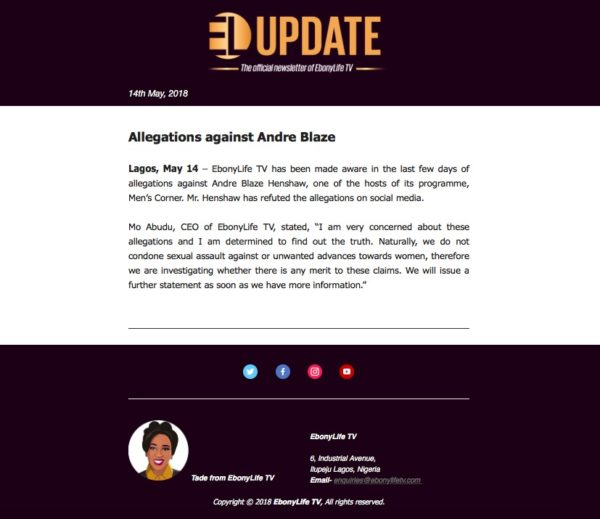