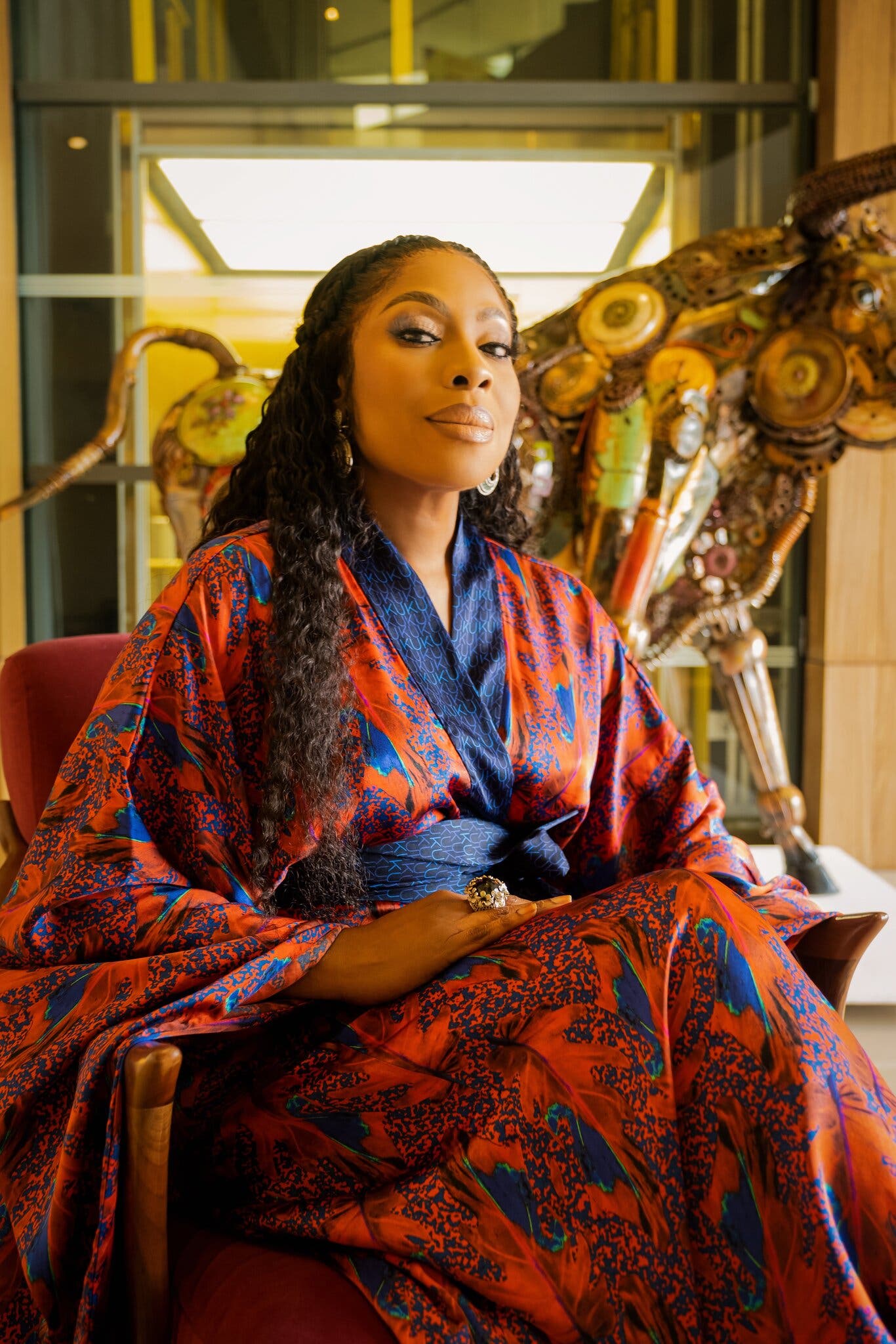 A lack of representation on television screens and the fact that she was never taught anything about African history growing up in London affected Mo Abudu “in such a way that I felt like I didn’t count,” she says, in this interview with Etan Smallman for New York Times.

Growing up, Mo Abudu, a media mogul and founder of EbonyLife Media, said she found herself being asked about the time she spent in Nigeria – with her grandmother in Ondo, Nigeria – questions like if she danced around fire or lived in a tree.

At that point, she understood how powerful storytelling is and why it’s important to tell African stories, because not much is known about Africa outside Africa. Today, she’s changing that, one story at a time with several partnerships with Netflix (with EbonyLife becoming the first African media company to sign a multi-title film and TV deal with the streamer), Sony Pictures Television, AMC and Westbrook Studios, the production company founded by Will Smith and Jada Pinkett Smith.

Now, the world is listening. In 2017, The Hollywood Reporter ranked Mo Abudu among the “25 Most Powerful Women in Global Television,” and she was invited to join the Academy of Motion Picture Arts and Sciences this year.

But that’s not the entire story. “I’ve been knocking on these international doors from Day 1,” she said, “but you know, people weren’t ready to listen.”

Mo Abudu lived with her grandmother for about 4 years and returned to Britain at 11. “I found that I became kind of like an unofficial ambassador.”

She moved back to Nigeria at 30, after a brief modelling career. She worked her way up to becoming the head of human resources for Exxon Mobil in Nigeria. But her childhood dream was still there.

Mo Abudu bought an Oprah Winfrey box set, took a presenting course, drew up a business plan, and started the first Pan-African syndicated daily talk-show “Moments With Mo” in 2008. The show covered a cross-section of topics including lifestyle, culture, entertainment, health and politics from an African perspective.

She recalls a conversation with then US Secretary of State Hillary Clinton (in 2009) during her show that had some inspiring words for her.

“I said to her, ‘The stereotypical Africa is disease, despair, destitution, deceit — why is that?’” Mo Abudu said. “And she said, ‘Mo, more and more voices like yours need to be speaking on behalf of Africa.'”

Mo Abudu said after that conversation, she told herself: “If you don’t take the responsibility to change the narrative, when you leave your storytelling to someone else, then you can’t blame them.” 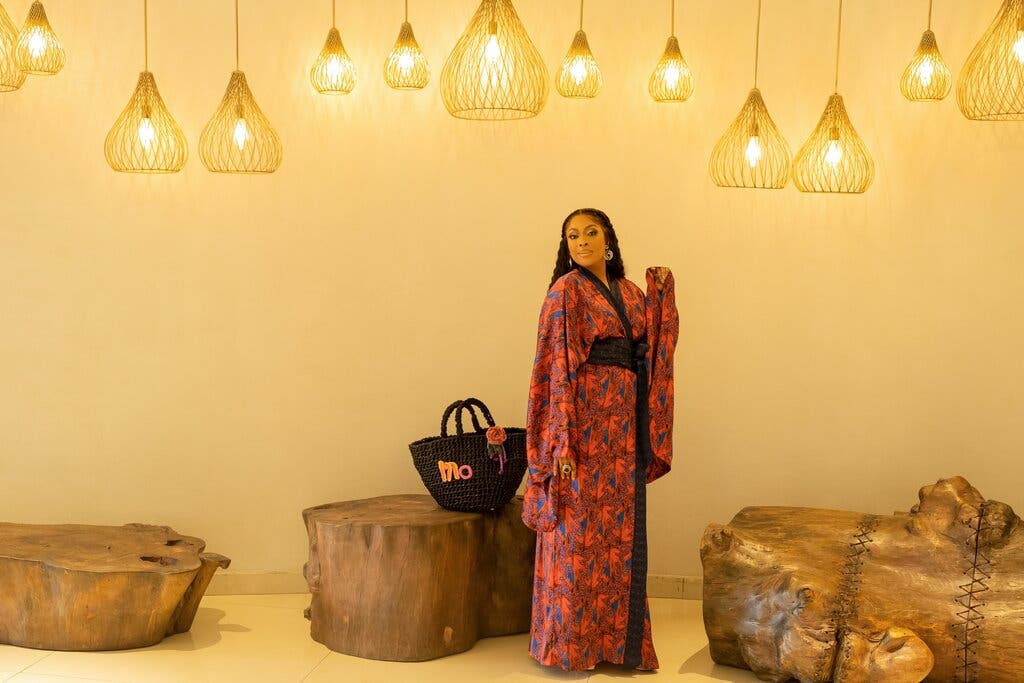 In 2013, Mo Abudu launched her Pan-African television network: EbonyLife TV which focused on on lifestyle programming that showcased the booming, cosmopolitan continent of the 21st century.

In 2020, EbonyLife Media stopped EbonyLife TV’s operations to focus on a new model that involves partnerships with some of the world’s biggest streamers and studios.

Mo Abudu wants to “sell Africa to the world,” and she’s doing that with high quality, locally made productions.

“I think people are tired of storytelling, to a certain extent, from the West because you’re seeing the same stories time and time again ‘can I just have something new, something fresh?’ And I think the likes of Netflix have understood this.”

“What unites (the Netflix titles Mo Abudu has produced or is working on) is Mo and her EbonyLife team’s unique ability to portray the realities of the everyday Nigerian and bring a unique perspective to each character,” said Ben Amadasun, Netflix’s content director in Africa.

These titles include “Castle & Castle,” a legal drama; an adaptation of Wole Soyinka‘s 1975 play “Death and the King’s Horseman,” and another adaptation of “The Secret Lives of Baba Segi’s Wives,” by Lola Shoneyin.

Lola Shoneyin tells Etan that she turned down several offers of adaptation for her book. But Mo Abudu “really kind of wooed me,” she says.

“It was very important to me that the story is told first by an African who I knew would understand the book and the characters almost instinctively. But also because I wanted the story to be told in the tradition of African storytelling,” she added.

“Gone are the days whereby you can force-feed me only American content. They don’t own all the stories to be told in this world. They’ve had their fair share of telling them,” she says.

She will “never be lost to (her) roots,” she says.

“It’s not possible, even if I’m living and working and breathing in Hollywood; they cannot have me to a point whereby I’m ever going to forget where I came from,” Mo Abudu says, about potentially moving to the US.

If she does move, it’s just a means to an end. If she makes that transition, she says, “I am taking a whole bunch of people with me on that journey.”