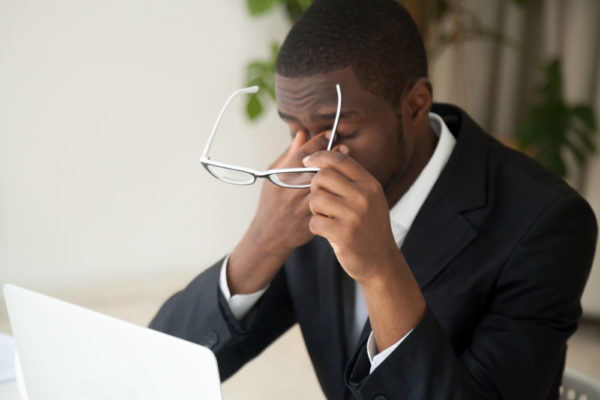 This week I survived a scare. What I found to be of particular interest in the course of it was that I did something I had never done before. For the first time ever, I put up a post on social media announcing a trip I was about to embark on. Even while at my destination, I acknowledged likes from people and responded to a couple of comments about my trip. I even had a few laughs about my last minute decision to travel with my colleagues.

A smiling me, posing for a selfie as my travelling companions and our mode of transportation was being readied for the trip – that was the picture my close-knit contact list of family, friends and associates saw that morning. What they didn’t see though, because I didn’t post any update afterwards, was that on the return leg of that journey, we were involved in a terrifying accident.

It could have been bad, really bad with multiple fatalities but the good Lord was swift to protect and preserve all of us that embarked on what was otherwise a successful outreach programme to a particular riverine community in the Niger Delta.

Being in that situation, which to my mind and for all intents and purposes was a reality check on how fleeting life can be, how precious it is while we have it, and why most are tenacious in their pursuit of its preservation was an epiphany that sent me on a voyage down a philosophical path. One moment life is here, being framed or recorded for likes and clicks; the next minute it is snuffed out, blown away, like the candle in the wind Sir Elton John sang about.

Back at our initial take-off point after the incident, as those involved in the scare scrambled to contact family and loved ones and assure them of their safety with borrowed phones, because they lost theirs in the mishap, it hit me that all lives matter. For instance, I never knew that one of the guys that sat next to me was an only child even though we had been friends for months. And so seeing how relieved he was to talk to his mum was indescribable.

Yes, all lives matter – rich, poor, Hausa, Igbo, Yoruba, Ijaw, Idoma, Ibibio…wherever you’re from, you matter. Men, women and children, old and young, all are just as important in the eyes of the creator and those that love them.

That was why the sad news of the passing of one-year-old Daniel Oyebanjo III, son of D’Banj, one of our biggest entertainers on June 24 2018 in a water-related mishap really hit close to home. As you may have guessed by now, the scare I spoke about earlier that was averted only by God’s grace happened on water too. That is why I can picture the drowning child and the devastation of the new parents losing their child under such sad and confusing circumstance.

My thoughts are with the singer D’banj and his wife Lineo at this time. My prayer for the couple is that God will comfort them and swiftly fill the void and sadness of their loss with the laughter of another child again and that they survive this trauma intact and still loving each other.

That particular death of such a young child, and the news of the many lives lost in Plateau state to the senseless acts of barbarism being carried out by rampaging herdsmen in our country so frequently, and with suspicious audacity these days, is the reason I’m sombre this week.

These murderous herdsmen seem unstoppable. They make our military and those in command of them look weak and helpless. All those, including some very prominent Nigerians and elder statesmen, that have alluded to complicity and incompetence would be saying – “I told you so.”

Many Nigerians, seeing as the government has thrown its hands up in surrender have lost confidence in the ability of the President and the APC to offer protection to lives and property. The president in 2015 ran on the promise to keep us safe and that promise had not been kept. As the APC touts its achievements, the one question we should be asking is if the people of Plateau state and indeed many other states in the country feel safer now than they did two or three years ago.

Judging from the deaths, bloodshed and violence, the honest answer to that question is “no.”

Like they say in those adverts for medicines and drugs, when a symptom persists for more than a certain number of days, it is time to visit a doctor. The same principle applies here. The killings have gone on for far too long and it is time we all collectively raise our voices and say “No.” President Buhari has failed us and we need a new captain for this ship before we all go aground.”

One proof of failure is that they have refused to call the problem what it is. If a doctor doesn’t name a problem, then he hasn’t identified it and if he can’t identify it, then any attempt on his part to prescribe medication may lead to an even more disastrous outcome for the patient. That is why we are where we are now. The vice president only recently described the Plateau massacre as “violence.” He wouldn’t go as far as using the word “killing.” My guess is that using that word would make his government look bad. But who cares about optics when people are dying every day.

And then the devastation on Otedola Bridge section of the Lagos-Ibadan expressway when a tanker exploded, claiming several lives and consuming over fifty vehicles in its wake. The manner in which individuals who had left their homes and offices had been consumed by an inferno that knew absolutely nothing further raises a lot of questions about the value of the Nigerian life and the unwillingness to protect them by those who should.

This week, nothing can be more important than the killings in Nigeria. It’s not the World Cup, not the Super Eagles, the turnaround of our fortunes on the pitch, or the sense of hope and momentary unity those two great goals scored by Ahmed Musa forged on both football and non-football loving Nigerians.

It’s not the show of shame we witnessed when the ruling party, APC, held its national congress in Abuja or even the signing of the 2018 budget by the President when we have already hit the halfway mark into the year.

What is more important, and hopefully every Nigerian should be talking about it now, is the carnage in the country. I have refrained from localising the carnage and barbarism to just one state because when we localise it, we are saying it is a Benue problem or a Kaduna problem or an Adamawa problem alone. It is a Nigerian problem and all lives matter.

Nkem Says: You Do Not Need Answers From an Ex to Get the Closure You Need