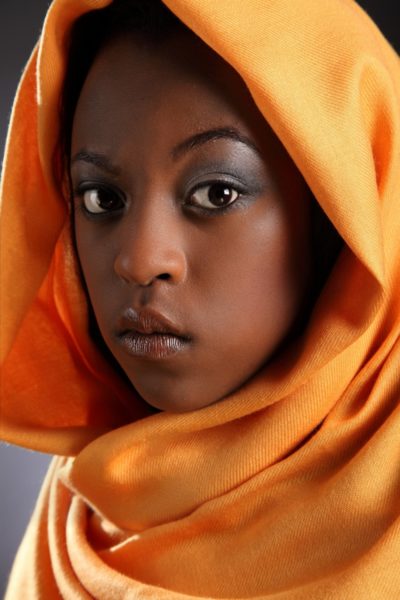 Imagine being Leah Sharibu’s father or mother and it’s the day after you hear an audio recording of your daughter who has been in captivity since February 2018. Her abductors, the dreaded Boko Haram fundamentalists, for the first time since the kidnap (and subsequent release of the other abductees) offer to the federal government and to her heartbroken parents proof that citizen Leah—the one child who refuses to denounce her religion in exchange for her freedom—is still alive.

Imagine that these ferocious and bloodthirsty militants took this step in their impatience and wonderment about the abandonment of this girl in their custody, because they, if no one else, would be in the know if any effort was being made on the part of the government to rescue or release her. In other words, the soft but desperate voice of Leah pleading with the President and Nigerians is a gentle reminder to our military commanders and negotiators that it’s been six months already! And that not a word, overture or move has been made by them so she can regain her freedom and return home to her parents and loved ones.

Imagine Boko Haram being more worried about the government’s silence or strategy and reaching out in the one way they feel was most effective – getting the girl to speak directly to us and appealing to our emotions so we don’t forget that she is still a prisoner of her faith in her own country. Because let’s face it: what mother or father wouldn’t be torn from just listening to that all-familiar voice, and seeing the image of their beloved child but not being able to touch them or respond to the things they are saying or help them in that moment they need them the most?

Imagine then learning that morning, that the mouthpiece of the President would be on Sunrise Daily with Maupe Ogun Yusuf and her colleagues from Channels TV to speak on behalf of the Presidency about the video, about your kidnapped daughter and perhaps on other national issues that may or may not concern you. You are very excited because you expect to hear something positive from Femi Adesina, Special Adviser Media and Publicity to the President of Nigeria. Surely, if the government wasn’t doing anything before, it would swing into action now. Surely, if the government wasn’t speaking about her, it would be forced to say something now.

And then Maupe throws the first question and the words that come out of Femi’s mouth break your heart and that of every Nigerian of good conscience watching that programme that morning. Instead of some kind of reassuring and comforting words, knowing that you and your family would be glued to your TV screen, you hear him practically shrug off the question with a dismissive and very insensitive “only God knows when she will come home.” In that moment, your heart sinks perhaps even more than it did when you first heard of the abduction, because now, you realise that the highest and most powerful office in the land isn’t doing anything to bring your daughter home.

And then you think to yourself, having brought back the other kids, is it okay for Femi and his boss to think that this one girl isn’t a priority and so can be forgotten – and same for any hopes of her return to Dapchi anytime soon, if at all left to the heavens to determine?

And then you start to tell yourself that at least she’s still alive and in control of her mind and limps, and even though traumatised as anyone in that situation would be, maybe Femi is right and only God can bring her home. But then his next words shock you even more because he now turns to his interviewers and says to the hearing of the whole world that it isn’t the responsibility of the federal government to look up on or provide updates to the parents of Boko Haram abductees. He says that responsibility belongs to the state and local governments who would then in turn report to Abuja.

And then he gets into an argument with Maupe Ogun Yusuf when she counters that the released Chibok girls are in the custody of the federal government. Mr Adesina doesn’t like the use of the word “custody.” He prefers that she uses the word, “care”, instead because that is what the federal government is providing in offering to rehabilitate the freed girls. He conveniently forgets that courts grant “custody” of children to their parents and that isn’t a bad thing.

But at this point, you are passed caring because since the Presidency has brought God into the matter, you have to start praying for His intervention in Leah’s situation. Imagine being Leah’s father or mother, that of any of the Chibok girls still missing, or a parent of any missing person across Nigeria and knowing that prayer is the only option open to you a day after hearing her lively voice.

The Daily Vulnerable by Chude Jideonwo: “Your post inspired me to reach out to a former nanny”

#PVCitizen: Today is the Last Day for you to Get Your PVC