Ibukunoluwa Ajayi: Leaving The Past Behind 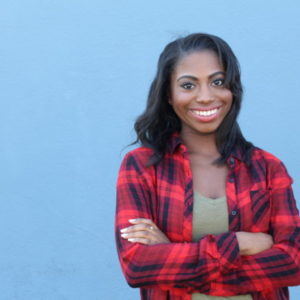 At a point in my life I was stuck in the past, thinking about how life was before I developed a leg ulcer in 2008. Before that time, I hadn’t had a sickle cell crisis in 4 years. I was doing just fine. But from the year 2008, my life began to spiral out of control, downhill.

I would lie in my bed and think of how bright my future was before the leg ulcers. How if the clinic I took the leg to initially had told me they didn’t know what the sore was and how to treat it, I would have taken it elsewhere and probably found out earlier than I did that the sore was actually what is called “leg ulcer,” which afflicts a lot of people living with sickle cell. I would think of how maybe if everyone around me had an idea on how the leg should have been treated it probably would have healed sooner.

I would think of how maybe the leg ulcer wouldn’t have gotten worse if the lady in charge of my hostel accommodation in the first University I attended had listened to the pleas of my mum and me, and had given me a room in the hostel closer to the school area. I would think of how maybe my leg would have healed sooner if the Vice Chancellor of the same University had arranged for me to see the pastor who was in charge of the school so that he could pray for me, instead of asking me to leave and not return until the leg was totally healed.

My mind was consistently stuck on all the things that had happened in the past that led to my current situation and all I could see was darkness. There was no glimmer of hope in my heart and all I was feeling was anger, rage, disappointment, hate, and despair. I couldn’t see the light at the end of the tunne because I was focused on the past and not looking to the future. No matter how much my friends and family tried to encourage me, I was blind to any hope of a brighter tomorrow. I was bound by the past and moving forward was impossible. It was like I had locked myself in a bubble of my past and bursting out of it would require me to forget all that had happened and look to the future with a positive mindset.

So many people are stuck in the past, just like I was. They can’t seem to move forward because their minds are looking back, holding on to the past. They have sunk into a world of depression and are angry at the world for any and everything. Majority of people have given up all hope of a better tomorrow and are content with wallowing in the past. The thought of that uncle who sexually harassed you, that aunty who maltreated you, the lover who did you wrong, that colleague who betrayed you, that friend who took advantage of you, those opportunities you missed out on, those miscarriages you had, that father who left you, that mother who didn’t care for you, has held you back from moving forward with your life, or having any meaningful relationship or friendship. It has kept you from trying again and giving life a second chance.

Living in the past is like driving a car with the gear in reverse. There’s no way that car is going to move forward because it’s been positioned to move backward. A major factor that keeps a person stuck in the past and unable to move forward is unforgiveness. Not forgiving someone or yourself for a wrongdoing keeps the memory of that event fresh in your mind. It breeds anger and rage.

It got to a stage where I didn’t like where my life was headed and it was either I end it all or find a way to move on. I knew deep down that the only way was to forgive everyone, including myself. Forget about the things that could have been and the things I had lost, and focus on channeling all my energy into getting better and thinking positive. So I made a choice to live and live with no limitations. I wasn’t going to dwell on the past anymore.

There’s a reason it’s called the past. It’s a time long gone, no longer able to be re-lived. No matter how much you dwell on the past, you can never change what has happened. The only place you have the power to make a change is your present and your future. You have to decide that you will no longer let the past hold you down, and like Elsa sang in Frozen, Let it go, let it go, turn away and slam the door!

If you must take your life back, you have to forget all that is behind like Lot when he left Sodom and Gomorrah, and never looked back.

**
Happy birthday to Ibukunoluwa. Love and light from the BN Team.