Nerdy in School & Popping as an Adult? Here Are 5 Things Every Late Bloomer Can Relate With 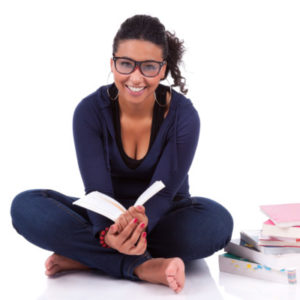 People throw around the word ‘nerd’ all the time without necessarily knowing what it means.

According to Wikipedia, nerd is a descriptive term, often used pejoratively, indicating that a person is overly intellectual, obsessive, or socially impaired. The urban dictionary defines a nerd as “someone whose IQ exceeds his weight.” It has also been referred to as being at the intersection of social ineptitude, obsession, and intelligence. So, basically, smart people are often thought of as nerdy, and as such, not cool.

Anyone who grew up being a nerd will tell you that it was tough. Sure, you probably were the apple of your parents’ eyes as you had good grades, hardly partied, broke rules or engaged in delinquent behaviors typical of hot-blooded teenagers. However, among your peers, you were a low-key reject. Nobody imagined you interesting until they needed you to do their homework or share answers with them in the exam hall. You tried everything within your power to be cool but your terrible sense of style and your obsession with boring books and topics held you back from the realm of the popular crowd.

But then, getting out of school and heading into real life, most nerds will confess that the lonely teenage time disappears and being a nerd becomes an asset rather than a liability. At this point, the major barometers of success become money, and, usually, the nerdy skills honed in their young adult years puts the ex-nerds in the position of making a success of themselves quicker than imagined. They become “popping”.

While it sounds like a Cinderella story, these nerds who have now become the toast of their time still have a lot of things that they have to deal with while adjusting to their new situation. For instance, they find they are late bloomers of some sort and have to adjust in a lot of ways. Also, they have to amend their expectations and deal with new situations as they come.

We spoke to a few people who, while popular in their field now and even society at large, grew up as nerds, and they made certain confessions about the difficulties they still face adjusting to the shift in social status. Here are a few things they admitted they still can’t shake off, as well as things they can totally relate with:

The thrill of being recognized as more than “just a friend”
Most nerds found it hard getting in the graces of those they felt affectionate about or wanted to date as young adults. They almost always fell into the category of bestie or “just friend.” In some cases, they were acute loners who their crushes would not even give them the time of day or would only seek them out for tech support or private tutoring, no strings attached. As adults, however, they find people they like being equally interested in them, and people they could never imagine asking them out. One would think that they would get used to it after a while, but there is always that nagging fear that they still will not be noticed by someone they find attractive. So every single time someone they have feelings for reciprocates the feelings, it still comes with such a thrill, like they have conquered the world.

The nervousness that still comes with invitations to “lit parties”
Growing up, nerds had to move in flocks as that was the best way to have any sort of company. The only time they were invited to parties thrown by cool people were in instances their parents were familiar, or a school event they just had to be invited to. Even at those few events, they are nervous about how best to act, as most times people just turn up their noses at them every time they open their mouth or take any action, no matter how small. Growing up, they find that they get invitations to a lot of “cool” events, and rather than accept and move on, they still suffer the inner conflict of not knowing if they deserve the invitation or if they will fit in. The inner nerd still suffers the nervousness that comes with an invitation to lit parties.

The need to be 100% at work, even when they are a top executive
As a nerd, there is the drive to make the perfect score, to solve that equation and give the best possible estimate. Growing up and being a success does not change that in anyway. Even when they own top companies, have made a name for themselves or occupied top positions, they still have that pressing need to be 100% at work. They spend time overanalyzing, they take overtime, do the absolute most, rather than just sit back and relax.

The constant questioning and doubt about your sartorial choices
No doubt the “nerd look” is now fashionable, and you find people wearing thick glasses or tee-shirts proudly proclaiming themselves a nerd. But truth is, no one was excited about anything the nerd wore growing up. They were always considered substandard, and nerds were ridiculed for it. Even as these nerds have grown up and now have stylists of their own or are more fashion conscious, there is still that self-doubt that comes whenever they maybe have to dress for a momentous occasion or appear in public. No matter how they have grown, there is still that constant questioning of their sartorial choices.

The resentment when you run into those who belittled you back then
It was years ago. You have forgiven all the bullying and embarrassment from those who thought they were cooler than you, or those who just made it their life’s mission to torment you. But the moment you run into these people as an adult who is probably even more successful, you feel the need to hurt them or just be petty to show them who is the more successful person now. But then you cannot because as much as you feel superior, there is still that fear inside fuelled by the insecurities deep inside.

Can you think of any other thing we missed out? Please share!

Mobolaji Olorisade: Open Letter to Those Whose Mothers Haven’t Died