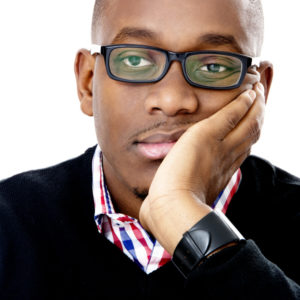 Uduak watched impatiently as Eghosa moved around the room, phone in hand staring at the screen like his life depended on it. He wasn’t saying anything and time was ticking by.

Just then, Eghosa leaned on the burglary proof barrier and the alarms in the house started blaring. The automated voice from the Security System repeated “Automatic Restart Completed. Warning! Suspicious Activity in the Vault” at the highest possible volume. Wasiu, alarmed by the noise, rushed to his feet and raced out of the house. He wasn’t about to take any chances on his freedom.

The alarm wasn’t all bad though. It seemed to be just what Eghosa needed to switch to his alter, Odinaka. The noise was so sudden and loud that Eghosa dropped his phone in fright but Odinaka had somehow emerged from the chaos. Odinaka, fuelled by his singular mission to open the vault, marched across the room to the vault.

Uduak, in the wake of the alarm, stood where she was. She wanted to follow Wasiu’s lead and make a run for it but she noticed Eghosa walking towards the vault mechanically. She noticed that maniacal look in his eyes again and was too terrified to ask him any questions. As she stood there trying to decide what to do, Frankie ran into the room.

“Guy, wetin dey happen? I think say you don off this thing?” Frankie asked Eghosa, alarm written all over his features.

Odinaka continued trying to manipulate the panel on the door of the vault, ignoring Frankie’s presence.

“Guy, you nor dey hear me? Answer na!” Frankie quizzed.

Odinaka remained silent, his attention on the vault. Frankie’s growing anger was interrupted by the sound of the vault unlocking. The door to the vault slid backwards to about half its length revealing the inside of the vault, about half the size of the room. Stacks of cash were heaped in naira and dollars. The notes all looked brand new.

Uduak, for the first time, was stunned to silence. They could not believe their eyes. For a minute, they forgot the sound of the alarm blaring outside and stood there taking in the future that lay before them. Odinaka broke up the viewing party. He pulled out his bag and began putting wads of cash inside. Frankie, determined not to slack, followed suit, packing as many wads as his arms would allow. Uduak did not have a bag so she stacked money in both bags in turn, trying to help both of them stack as much money as possible. In all this drama, Odinaka had still not uttered a single word.

Frankie heard what sounded like a siren in the distance. The others didn’t notice and remained consumed by all the money. “Guy, we have to go now! Police dey come. I’m hearing sirens!” He said, pulling at Odinaka’s shirt.

Uduak cocked her ear. “I can’t hear anything oh.”

“This alarm is loud, how you go hear? I don hear siren plenty times, I no fit miss am.”

Odinaka continued stacking cash into his bag like he was not a part of the conversation. This enraged Frankie who saw it as Eghosa’s way of ensuring he had more money.

“Guy, may we comot! You deaf?” He barked, smacking Eghosa’s ear. Eghosa reaction was swift. He dropped his bag, grabbed Frankie by the neck and held on to it as if for dear life. With the most menacing look and his hands still clasping his throat, he spat with the deepest igbo accent “May you nor touch me!”

Frankie could not hide the terror and confusion in his eyes. This person looked  like Eghosa but certainly was not him. It was like he was possessed by a spirit commanding twice his strength and ten times his usual courage.

Odinaka let go of Frankie’s neck almost as soon as he grabbed it and continued stacking cash in his bag. Frankie, fuelled by his bruised ago, took a moment to catch his breath and launched at Odinaka with all the strength he could garner in his tiny frame. They abandoned the money and started fighting inside the vault while Uduak stood there shouting at them to stop.

It was chaos upon chaos. The alarms were blaring nonstop, Odinaka and Frankie were at each other’s necks exchanging blows because Odinaka fought like he had never met Frankie in his life and Frankie would not allow himself to be beaten. Uduak screamed trying to separate them but they was no stopping either of them. In the midst of her screams, Uduak heard the sirens in the distance and suddenly remembered the gun she had dug in the back of her trousers. She pulled it out and held out the gun, pointing it at both men with no plan whatsoever.

In between blows, Frankie looked over at her and with his busted lip sputtered “What are you doing? Drop the gun!”

Uduak, in her confused state, quickly squeezed the trigger and let it go. The shot fired and hit the inner panel of the vault. She didn’t have enough time to catch her breath when the door of the vault started to shut with all three of them inside. Odinaka swung the bag over his back and ran out of the vault. Uduak followed closely behind. Frankie, with his face covered in mostly his own blood, stumbled to his feet and dragged his bag of cash to the door. He barely made it out before the door of the vault closed. The door would have closed in on him had he not jumped out sideways and so he could not pull out his bag of cash out in time.

The noise of the siren was much closer now and Frankie did not have enough time to mourn his loss. He bolted out of his house still livid that he had to share the money they had gotten with Eghosa. Frankie got out of the compound first and Uduak followed closely behind. The gateman and Wasiu were long gone. Odinaka swung the bag over his back and made for the car when his phone started to ring incessantly. He was already heading out the front door when he picked the call and returned into the house.

Frankie and Uduak ran into Kunle’s car waiting at the gate. They waited a few seconds for Odinaka but there was no sign of him.

“Wasn’t he just behind you?” Frankie asked, looking at Uduak with his unswollen eye. He noticed the police coming with their sirens in the distance and made a decision.” Kunle, drive! We can’t wait for him.”

“What about the money?” Uduak asked, her eyes wide.

Kunle stepped on the gas pedal and screeched away with the police hot on their heels.

Odinaka dragged the bag on his back and came out through another exit in the house. There was a car waiting for him on the grass just outside the exit for him as well. The sirens were blaring nearby and it sounded like there was a serious police chase going down. He made sure he was safe before stepping out and heading for the car. As he reached it, someone inside opened the boot of the car and he tossed the bag of money inside. He entered the car and seated in the driver’s seat was Ngozi.

“Well done, Odinaka.” She says in the sweetest tone. She turned on the engine of the car and just before putting the car in gear, she smacked Odinaka’s arm three times in the same spot and just as suddenly, he fell asleep.

Dr. Ola Brown’s New Book is a MUST READ for Every Nigerian & It is FREE | Fixing Healthcare in Nigeria

Your Better Self with Akanna: What Level of Influence Do You Currently Have?