DonateNG's Medical Support Campaign is Changing the Lives of Nigerians 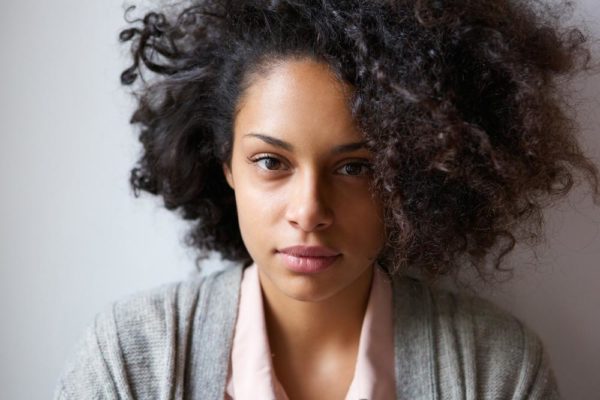 I was listening to an old 2Baba song which goes along the lines of:

With the Nigerian elections due in a few months, the stories and movies have well and truly begun. From the two prominent parties (the People’s Democratic Party and the All Progressives Congress) making a spectacle of their primaries, to grand executive orders hastily announced. We have, as usual, politicians fleeing to parties we’ve never heard of before and will probably not hear of for another 4 years.

Both parties’ primaries rolled out like mini-concerts. A part of me wonders if it was a ploy to make us think the party leaders are young and make us forget that both of their presidential candidates are long past retirement age. APC inviting Small Doctor definitely wasn’t for Buhari’s benefit if the videos of him looking extremely bored while Small Doctor screamed “Buhari ye ma sun” from the stage are anything to go by. Now my gripe isn’t with the politicians. For today, anyway (too cliche, too obvious).

With the elections coming, any campaign manager worth his/her salt has a few Nigerian entertainers currently earmarked on their plans to endorse their candidates. Personally, I have no issues with celebrity endorsements. It’s nothing new. Our roads are littered with posters of Tiwa Savage, Wizkid, Dj Spinall, Banky W enticing us to buy something or the other as though that would solve our life problems. If Tiwa had a bottle of Pepsi every day, would her body still be that banging? But I digress.

While I think it’s important for Nigerian celebrities to realise the importance of their voice in a world where celebrity is big business, so much so that not long ago someone allegedly faked their own death in the name of fame (shouts to you Skiibii). It’s even more critical for the Nigerian youth, who tend to take what these celebrities say as Bible, to remember that these entertainers are getting compensated for telling you to vote for one candidate or the other.

The same way Reminisce gets paid to tell you to drink “Orijin” is the same way your favourite star gets paid to sing about the many virtues of a candidate. Just because we don’t see pictures of smiling faces while deals are being signed or hear of large sums of money being transferred doesn’t change the fact.

I read an article recently praising Davido for campaigning for PDP in his state and exposing the evils of rigging in Nigerian politics so much so that he cut his American tour short for this altruistic venture. The article failed to mention that the candidate Davido was promoting was his dear old uncle “the dancing senator” and PDP, the party of said relative. In sharp contrast, Cuppy was recently lambasted on Nigerian social media for declaring that Nigeria is one of the best countries to live in. Her accusers felt it was insensitive of her to make this statement because she was born with the proverbial diamond (cause silver is way too pedestrian for the daughter of a billionaire) in her mouth and has no idea how hard life is for the average Nigerian. However, the aforementioned article expects us to believe that Davido, a son of another billionaire and self-confessed leader of the thirty billion gang, understands the plight of regular Nigerians and we should, therefore, applaud him for supporting a party he’s closely affiliated with.

Last week, a tweet from Taylor Swift made the rounds. She endorsed a Democratic candidate over a Republican, which led to Trumplestilskin tweeting that he liked her less. The difference between this endorsement and that of most Nigerian celebs was that she gave valid reasons explaining why she wasn’t voting for the other candidates. Even Kanye West, who by all accounts may or may not be in the sunken place, explains that he supports the “Make America Great Again” campaign because he feels like a superhero when he wears the cap.

Now, I’d take Davido or any other celebrity’s endorsement more seriously if along with a Vote PDP/APC/APGA (and the rest) quote, they gave me a few bullet points to explain their candidates previous accomplishments, values or plans highlighting what they would do when in office. That aside, it’s still the duty of the voting public to do their own research on these politicians because, at the end of the day, an entertainer’s one and only job is to entertain. They are not here to make decisions for us. And if we do get swayed by their opinion and it all goes awry, we have no one to blame but ourselves. Would you ask your financial advisor to tell you what medicine to take for Hepatitis B (assuming it was curable) and then sue them a year down the line when you’re still chock-full of the virus?

In the same vein, we have no right to hold celebrities accountable when it’s a few years down the line and we still don’t have 5 hours of constant electricity much less 24 hours, when our streets are still littered with potholes and our medical system is so underdeveloped that the leaders in power use money from the country’s coffers for trips to hospitals abroad for treatment. In the same way we can’t hold the Rihannas and Kim Kardashians accountable for raising our kids, we can’t expect them to pick our leaders. It’s our responsibility as adults to do our own research and make informed decisions.

Jadesola Odujole: Here’s What Happened When I Visited Kwara State as a Tourist

I am a Chartered Accountant and Financial Services professional with over five years experience working in the sector. I have an Msc in Finance and Business Economics from the University of Manchester. I am a fitness enthusiast with a love for Nigerian music and a nice sappy rom-com.