Jadesola Odujole: Here's What Happened When I Visited Kwara State as a Tourist 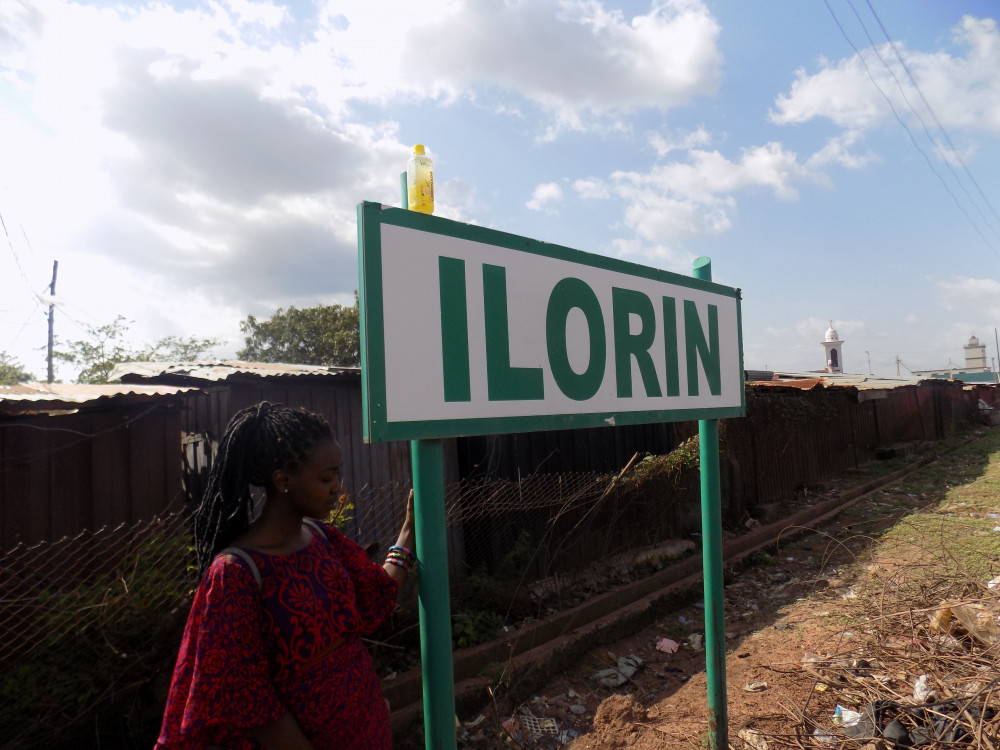 I get bored easily and exploring new places sort of helps to keep me grounded. One weekend I’m checking out a waterfall or hiking up a mountain, and during the week I’m back at my daytime job with so much clarity. Such experiences keep me going until my wanderlust kicks in again.

The last Independence Day weekend saw me taking a road trip to Kwara. When I told people I was going to Kwara to explore some places, all I kept on hearing was, “What’s in Kwara?” In fact, if I gave out ₦1000 for each time I heard that, I would be in serious debt now. No jokes.

Kwara state has more than 70 tourist attractions ranging from waterfalls to hills and ancient buildings. In fact, Nigeria’s first museum is actually in Esie, Kwara state. Mungo Park, the first non-Nigerian to see the River Niger, has a cenotaph to his credit in Kwara State. It is so sad that some of these places are either run down or not talked about enough. I mean, Kwara has the highest waterfall in Nigeria and the second highest waterfall in West Africa. But do people know about this?

I left Lagos for Ilorin on Sunday and I arrived after about 4 hours on the road. My first stop was the Post Office where I was going to meet up with my guide Omotosho of Omotosho tours. The first thing I told him was that I was on the search for the best Tuwo in Kwara and I wasn’t going to leave till I found it. Now, with that info in hand, we set off to our first place in the city – Okuta Ilorin. After some photos on the rail track, that is.

Okuta Ilorin
One of the versions of the history of the city believe that Okuta Ilorin is where the city of Ilorin derives its name. This translates to the stone that sharpens iron, i.e, a whetstone. Another version believes Ilorin is the Land of Elephants (Ilu Erin) which was later metamorphosed to Ilorin from ILU-ERIN. There is a neighbourhood in the city called Oko Erin meaning ‘Elephant Forest’. Now, I didn’t go there, but I went to Okuta Ilorin, so guess what story I believe (for now).

So, about that stone. While visiting, the occupants of the house (who are also descendants) where the stone is situated told us that, in ancient times, a warrior known as Ojo se’kuse found the Whetstone in the forest. He always came down to sharpen his tools before he turned the area that surrounded the stone into his abode. Soon, they began to worship the stone and have festivals. Soon he was joined by Afonja’s first son (who was sent on exile by Afo nja) and later his mother. Later on, the Alimis came to town and presided as Imam over them. 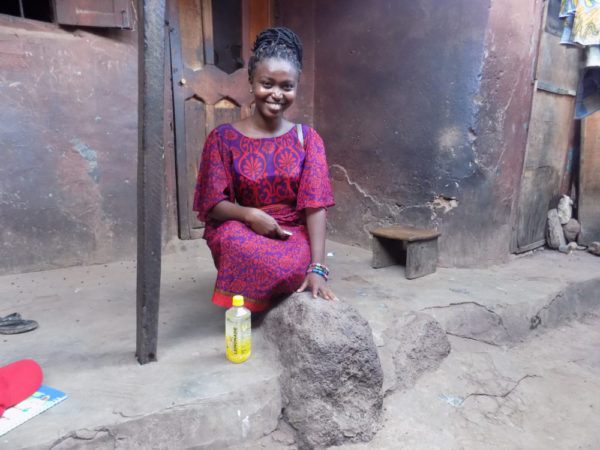 The descendants also said the stone used to be very tall, but now, due to elements of weathering, it has been reduced to barely the size of a loaf of bread. But that’s not even a problem, it’s the neglect that irks me. A place like this shouldn’t be caught in a war of identity crisis. It should be properly kept and maintained as a tourist attraction. But oh well, we’re here. 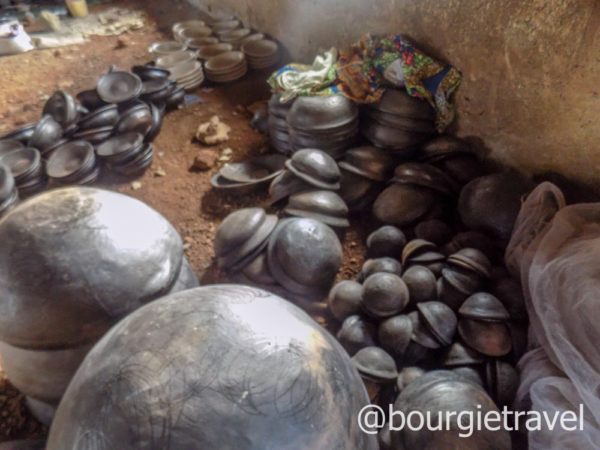 This had all women, except a few child helpers. It’s a serious economic centre. The Dada pottery workshop is one of the biggest traditional pottery centers that still exists in Nigeria. 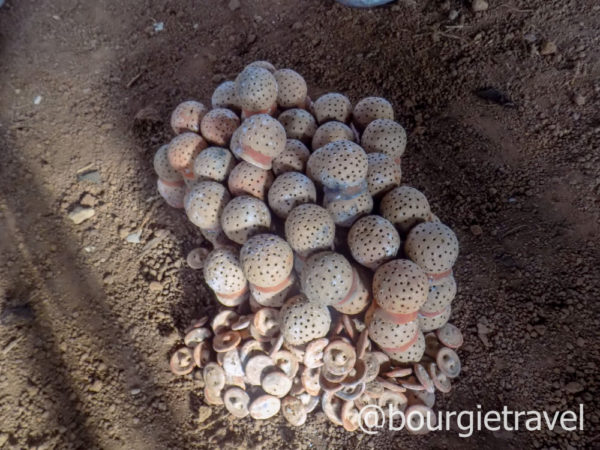 Here they sculpt so many items – huge flower pots, plates (I got two for my kitchen) and so many others. The women here make these items to sell right there in Kwara and other parts of the country. They also export some of them abroad. 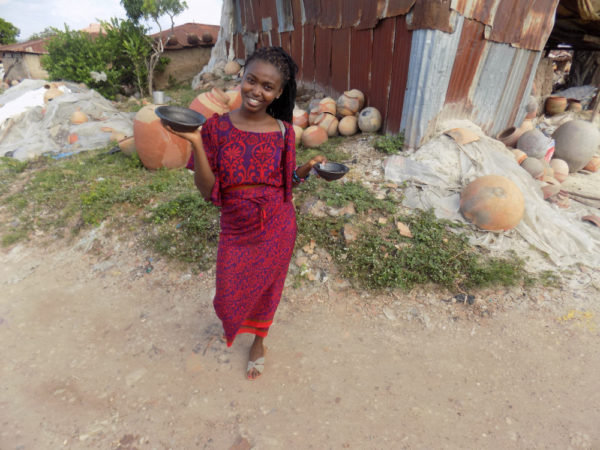 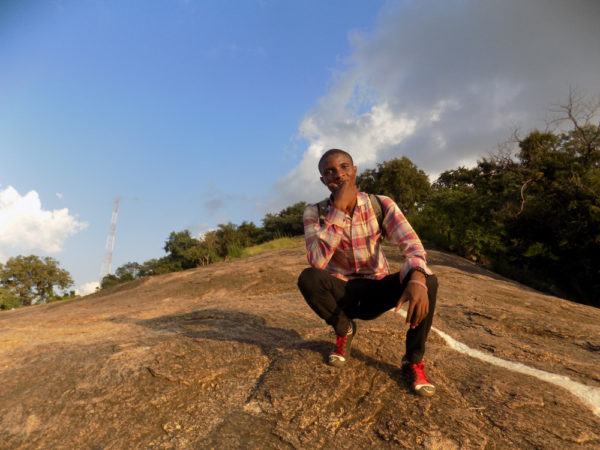 One of the most beautiful things about Ilorin and probably Kwara, in general, is the diversity and tolerance. There are so many tribes in Kwara – Nupe, Fulani, Hausa, Yoruba, Kamberi, Baruba, Kanuri – and all these indigenes speak one language – Yoruba. The same goes for religion. 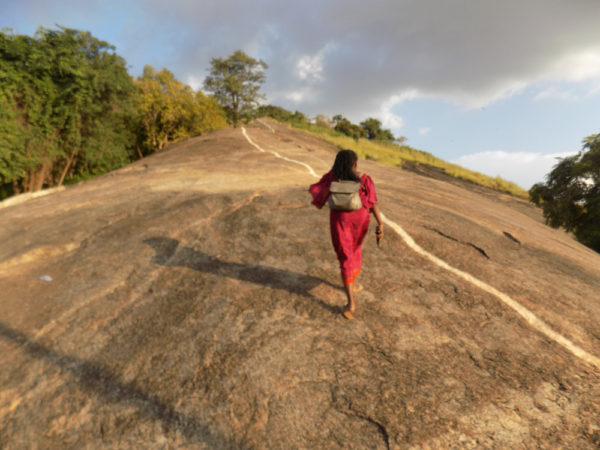 It was already late evening and by the time we got to Sobi hills, we noticed that a number of people were already descending. Now, from the looks of it, most of those people went up to pray. We noticed Muslims, Christians from different denominations and even a traditionalist. 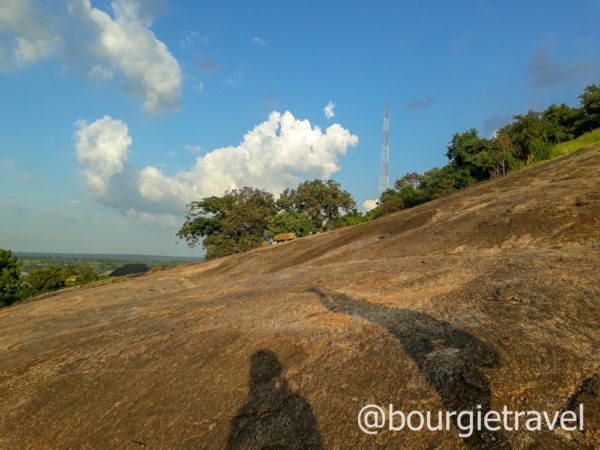 I can’t wait to go back and hike those hills. 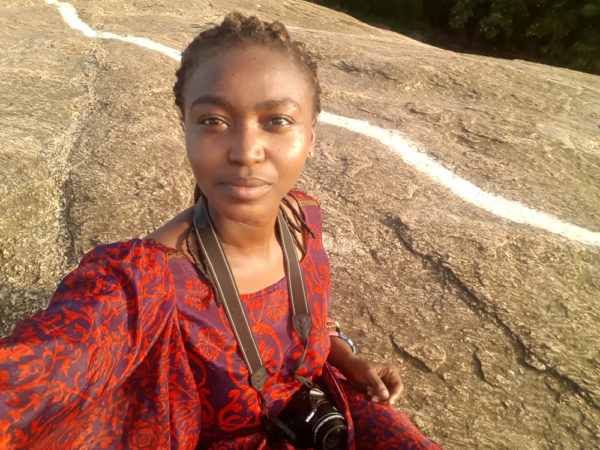 Owu Water Falls, Owa Kajola/Owa Onire
I started this article saying how much I love adventure, but this one, this tested me. 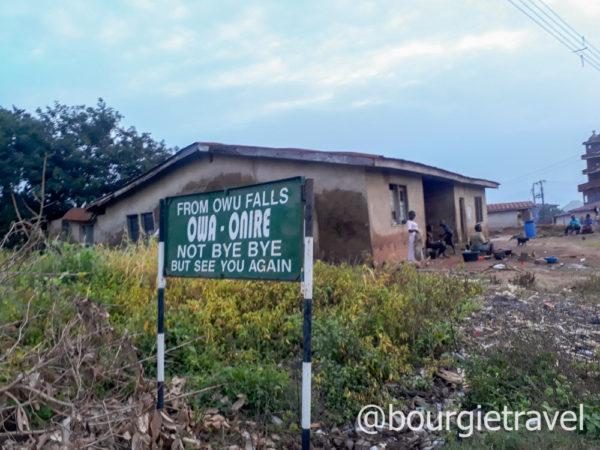 We set out that morning after a plate of Tuwo and Abula – Yes, I meant what I said from last night. This part of the journey was supposed to be about the Esie museum and the waterfall, but the NLC strike affected them at the museum and so we couldn’t go in. We continued our chase for the waterfall. 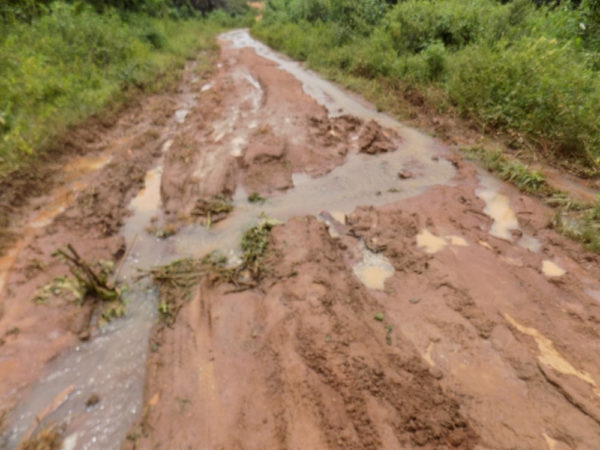 Background story: The Owu waterfall lies between two sister communities – Owa Kajola and Owa Onire. To get there, you have to get to a community called Oke Onigbin, then take a bike to either Onire or Kajola. From Owa Onire to the waterfall itself, the distance is roughly 7km and I trekked that to and fro. About 4km of that journey is motorable but we sort of miscalculated and walked instead. I must have said, “Are we there yet?” like a gazillion times. 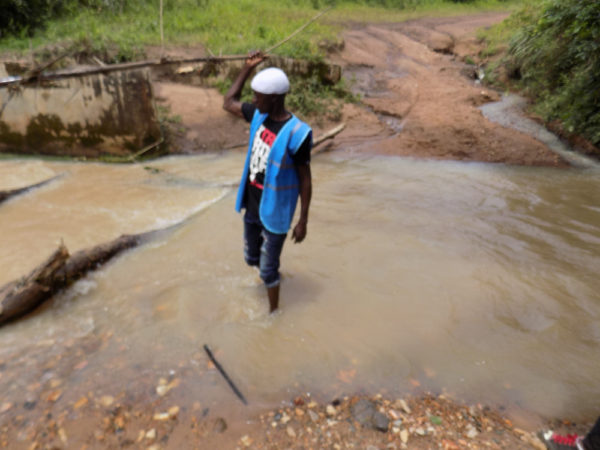 We literally walked through a dirt road through the wilderness and we got to understand why Owu waterfall is referred to as the “wonder in the wilderness.” Since it was the rainy season, there were so many mini waterfalls and the road was almost unpassable.

By the time we got to the waterfall, it was worth it. So worth it. The water came cascading like a million horses from a really high distance – about 120 metres. At the bottom of the fall, there is a pool where visitors usually swim but it was so forceful that I couldn’t even get close to take a proper photo. But I posed for a bomb photo.

Omotosho then told me some facts about this waterfall: the funniest of which is the fact that “once you shout at this waterfall, the water cascading down increases.” Don’t believe me? Press play and watch this video of me screaming at the Owu falls. Did you notice the increase?

On our way back from the waterfall, I made friends with some herdsmen who were resting by the roadside and they agreed to take a photo with me.

After this experience, I got back to town really late and just went to my hotel to sleep and rest for the early journey back to Lagos.

In all, I will like to say that Kwara State is the most underrated travel destination in Nigeria that I have been to, and trust me, I didn’t even check out up to a quarter of the state. Almost every region in Kwara has something delightful for you to experience if you can just look past the fact that you’ve barely heard anything about the state.

The UNILORIN Zoo, Esie Museum and Imoleboja Rock Shelter are still on my bucket list, so I will definitely be going back to Kwara soon. 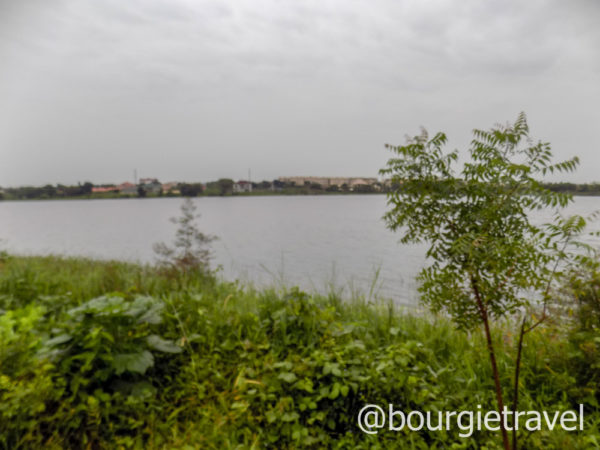 If you have any questions about Kwara state or any of my other travel adventures, feel free to leave a comment here or send me a message on Instagram. Till next time.

BN Sweet Spot: Olamide & his Son Having a Good Time in Disneyland ❤