Kingsley Obom-Egbulem: Why Do Men Find It Difficult to Condemn Rape & Sexual Assault? 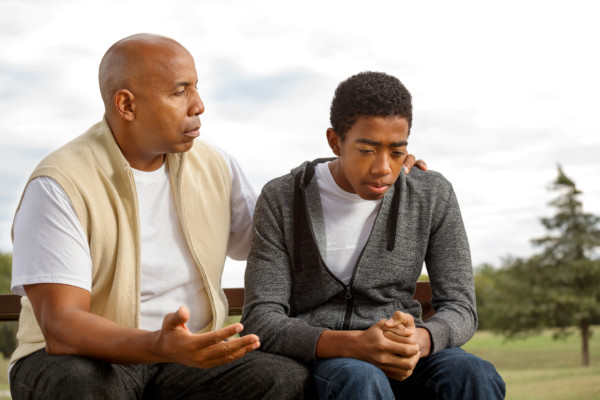 Whenever a case of sexual assault is reported in the news and women are kicking, screaming and protesting, I always get disturbed about the silence of men. I often wonder why men aren’t protesting. Every abused woman or girl has at least a father, brother, uncle, male friend, colleague or pastor.

So why are these men not disturbed by these savage acts done by men to women? Why are they so comfortable in their silence in the face of these crimes against women?

At such times, I often imagine a John Momoh making an eloquent statement against rape. I imagine a Tony Elemelu tweeting against sexual assault. I imagine a Segun Agbaje writing a letter to GTBank customers, especially on International Women’s Day, expressing solidarity and condemning all forms of violence against women and girls. Of course, I imagine Aliko Dangote, Wale Tinubu, Femi Otedola, Enoch Adeboye, David Oyedepo and so on, speaking up and challenging all men to say No to rape, to all forms of sexual assault.

But this won’t happen. These men, just like you, have more important things to bother about.

Issues like rape would distort their brands. They are business moguls and renowned men of God, you know, and they don’t concern themselves with “soft, feminine issues” like sexual assault and domestic abuse. They would rather dwell on more urgent issues like the economy and growing their businesses or ministries, than descend so low as to discuss women issues.

I don’t care what you feel, but I have always believed that there is something not right about the silence of eloquent and powerful men. I feel there is something fishy about men who can’t openly speak up and show support for women and children traumatized by the effect of rape and sexual violence. For me, their silence is a position – a loathsome one at that, challenging their claim to manhood. And I believe any man who is too decent or ashamed to speak openly against acts of sexual assault is either suppressing guilt of past crimes against women or potentially a sexual predator just waiting in the wings.

And I can prove this.

Sometime in 2009, I had this idea about starting a radio show for men. I had just returned from Kampala, Uganda, where I spent about six weeks, part of which was at a shelter set up for women and children fleeing all kinds of abuse perpetrated by men. It was at this shelter that I first learned about “marital rape” and the fact that a wife could be raped by her husband.

I met this particular woman who had feared that her philandering husband would contract HIV and infect her if she didn’t do something to protect herself. She gave excuses or insisted that they use condoms just to avoid having sex with him. The man resorted to the use of brute force whenever he wanted to have sex with her. Just like she feared, she got infected with HIV and only found out when she got pregnant and needed to register for antenatal clinic.

By the time I was leaving Kampala, she told me her husband had died and she was certain it was a result of AIDS-related complications.
I got back to Nigeria and couldn’t keep all the cold memories of that trip to myself, hence the idea of the radio show. The show was designed to turn the light on issues that men face, while addressing other issues that affect those whose lives are influenced by men: women, children, their families, etc.

We were to address issues such as drug addiction and substance abuse, male sex addiction, mental health (suicide and depression), rape and sexual assault, infidelity, paternity crisis, adoption, and so on. I approached a radio station I thought would love the show given their target
audience. Besides, the show was thought to be interesting based on the feedback from the pilot episode.

“Kingsley, don’t bother going to Mr. X, he won’t accept this your show,” a friend of mine who worked as the Senior Producer in that station told me point blank. She was referring to the stations General Manager.

My countenance changed. “But you just told me the show is great.” I said, not sure what she was up to.

“Yes, Kingsley, this show is good and sounds like what any sane program manager would want to have on air, but I can swear with my life that Mr. X would rather die than have this show on air, even with all the sponsorship in this world,” she said.

My spirit was deflated.

“Kingsley, Mr. X is a bloody womaniser who gropes female OAPs and sleeps with cleaners. I can bet he won’t allow a show that would be tormenting and pricking his conscience on air.”

I couldn’t believe it.

In my usual manner, I went on to meet with Mr. X. We discussed the show and I gave him a copy of the pilot episode. The pilot episode focused on erectile dysfunction, hidden causes, self-medication and the danger in aphrodisiacs.

“This is good, Kingsley. I love the treatment of the issue. But do you have sponsorship or you want us to do a partnership?” he said right there.

“I have sponsorship, sir,” I responded.

“Oh. That’s good then. Let me review again and get back to you.”

I left his office, elated.

The next time I heard from him, it was a different story. “O boy, this your show won’t fly o,” he said smiling and trying to hide what I was expecting him to say next.

“We had a meeting to review the pilot again and we weren’t too sure the show would appeal to our audience. And you know how dangerous it is to lose your audience due to wrong programming.”

I got the message, and I arrived at my conclusions too.

I also concluded that out of the abundance of the heart, the mouth either speaks or keeps shut. Hence, rapists won’t find it comfortable speaking out against rape, and men who truly despise sexual assault can’t afford to keep silent.

It is difficult to imagine that a child would have been raped last night or would be raped tonight by an uncle or an influential male adult. But that’s what many minors are going through and will continue to go through in the homes of evil men unless good men do something as little as lending a voice to condemn these acts.

You may not actually be raping an eight year old. Of course not. But as a man, you partake in the act through your silence – your decision to remain neutral and mind your business when you hear about child sexual abuse and sexual assault against women. You are not better than the rapist you refuse to confront or condemn.

When good men keep silent in the face of evil done to women and children, they are as guilty as the savages who perpetrate these crimes.

Olu Oyinsan: How to Quit Your Banking Job in Nigeria