Rita Dominic on Marital Pressure: "I will marry the man of my dreams and not the man the society dreams for me" | WATCH 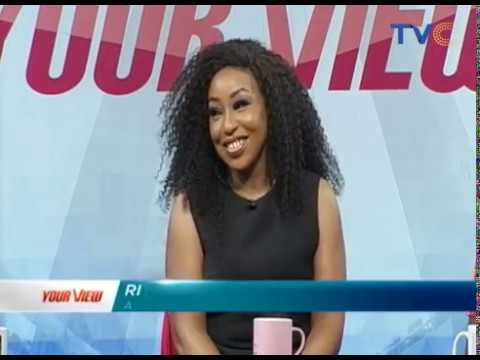 So many things are going on in the world that shouldn’t be, one of such is the pressure (especially on women) to get married.

Superstar actress Rita Dominic, 43 was asked the marriage question on TVC‘s Your View and she responded brilliantly.

“At the end of the day, if I’m going to do it, I’m doing it for myself not that the society wants me to do it. I always will still say; I will marry the man of my dreams and not the man the society dreams for me.

Society feels there’s something wrong with you if you’re a certain age and you’re not married. What if it’s the society something is wrong with? For forcing someone to do what they don’t want to do?” she said.

She also opened up about almost getting married, but said she’s happy it didn’t work out because she “saw the signs”. She said:

You know how you see the signs and you just ignore it hoping the person will change. Look, a grown man and a grown woman cannot change. They can find a way to live with each other and respect each other’s feelings, but to change a grown person is difficult.

Rita also spoke about rebranding and continually improving yourself as an actor, especially in a super-fast growing industry like Nollywood.