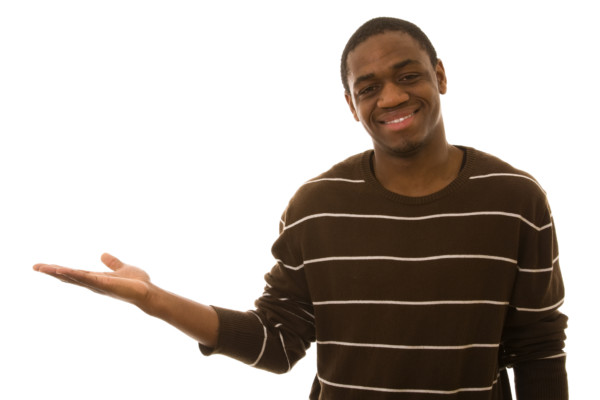 It is trite that preludes to the election season in Nigeria are marked by ruckuses and drama. This election is no exception to the general rule; we have been drawn into a waiting game of the Electoral Act orchestrated by sheer party stratagem.

On the 6th of December, 2018, President Muhammadu Buhari, for the fourth time, refused to sign the Electoral Amendment Bill into law. This action drew a lot of debate from many Nigerians, and there was a general consensus that this action was fueled by self-seeking objectives, rather than national interest.

The reasons for this action, as we were made to understand from the letter titled “Presidential Decision to Decline Assent to the Electoral (Amendment) Bill, 2018,” were that the passing of a new electoral bill this far into the electoral process for the 2019 General Elections, which commenced under the 2015 Electoral Act, could create some uncertainty about the applicable legislation to govern the process. Also, there was the explanation of the existence of legal drafting errors, with four provisions of the bill that required drafting amendments listed. He, however, rejoindered that it was in the best interest of the country’s democracy that the National Assembly specifically state in the Bill that it would take effect from after 2019 General Elections. But do we really buy this line of argument? Is this legislation truly a recipe of chaos?

It is imperative to analyze the proposed amendment to the Electoral Act: it seeks to include a clause which penalizes, with a fine of ₦5 million, any INEC official who knowingly discloses his political affiliation. This further pushes the non-partisanship agenda of the commission. Also, there is an inclusion of a new provision that makes the postponement of elections unnecessary once there is a valid nomination of candidates by at least one political party. In addition, there is an amendment which seeks to forestall the usual litigation after elections following parties’ claims that their logos were omitted by providing room for the inspection of election materials prior to the election.

The amendment also contains active efforts to tackle irregularities in elections. It states that results should be canceled when the number of votes cast exceeds that of accredited voters. However, the revolutionary provision, which caught the public attention and probably a reason for the stalled assent, is the recommendation of the card reader and other technological devices in elections. The fact remains that in the 2015 elections, which panned out in favor of the incumbent government, it was reported that at least 13.5 million Nigerians voted manually, without biometric accreditation in the 2015 presidential election, according to data from INEC. This explains why Nigerians postulate that the delay stems from personal interest.

Although there are some proposed provisions that are not exactly in the best interest of the electoral process: The amended version strikes out the count in Section 63(4) of the old electoral act which addresses the counting of votes and forms. It thereby means that the new provision can be subject to diverse interpretations, such as announcing results without necessarily counting at the polling units. More so, there has been an increase to the maximum expenses that can be incurred on an election, and also to the amount an individual can donate—from ₦1 million to ₦10 million. I personally believe that this further widens the existing significant gap in spending between parties and somewhat negates the purpose for which the Not Too Young to Run Bill was enacted – to allow for a level-playing ground devoid of age barriers – since it appears to be a ploy to make electioneering an exclusive preserve of the money-bags. Still, I believe these provisions can be worked around and the good far outweighs the loopholes. Nonetheless, we must take cognizance of the fact that the president never stated aversion to these provisions.

It is noteworthy that the amendment was made in tandem with full backing from INEC. Thus, the president seems to be the only one having issues with its signing into law. The previous recommendations made by the president in the previous bills have been effected, yet he remains unyielding. As it stands, due to his excessive stalling; he could now raise the defense of not wanting to breach the ECOWAS Protocol signing Electoral Bill (Article 2 of the ECOWAS Protocol on Democracy and Good Governance forbids member countries from making “substantial modification” to their electoral laws less than six months to elections “except with the consent of a majority of political actors”).

However, I am of the opinion that this line of defense is not tenable for some cogent reasons stated in the clause. First, the timeline of the bill still falls within the accepted timeframe: It is imperative to note that this bill was first sent to the president for veto since June 2018, but the back and forth has been due to a request by the executive for minor changes, and not substantial changes, to the bill. Secondly, there has been no dissent from any political actors except the president. His action has been criticized by opposition party members, to the extent that 75 parties met to boycott 2019 elections, stating that the delay is in a bid to tilt the scale in his party’s favor.

Over and above that, there have been issues raised as regards the veto power of the legislature. The other option available to the National Assembly in order to push forward the implementation of this bill is to exercise the power of veto. Section 58(5) of the 1999 Constitution grants this power. Pursuant to this provision, the Senate can thence pass the law by 2/3 majority of each House and the assent of the president will not be required. It is advised that the legislature does this in earnest, because left to the president, this law should take effect after the 2019 elections.

According to Bukola Saraki, the National Assembly implemented the electoral amendment bill to raise the level of transparency, credibility and acceptability of the electoral process in the country. Nigeria has an infamous track record of elections marred with irregularities and violence. Although the epochal 2015 General Election was observed to be generally peaceful and transparent, there is still room for improvement. I am a strong advocate of the notion that the passage of this bill would mark an important step forward for democracy in Nigeria and the contrary would be our own undoing.

Financial Literacy Pro Oluwatosin Olaseinde of Money Africa is our #BellaNaijaWCW this Week!

Joshua Emeka Chizoma: For When the Road Gets Lonely

Oludayo Olufowobi is a 200-level student at the Faculty of Law, University of Lagos. He is an avid reader with keen interest in world issues, politics, lifestyle and entertainment-movies and music. He hopes to contribute his quota to disseminating knowledge and creating a woke generation, in the most fascinating manner, through his write ups.