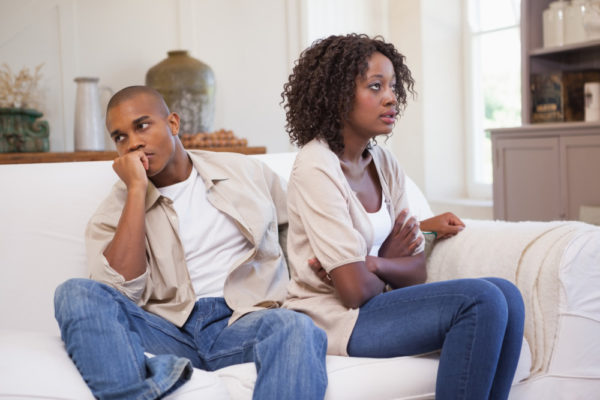 I’m sure the thought running through your mind right now is “What is Gamophobia?”

Well, Valentine’s Day is on the horizon and I decided to write a piece on “Love.” But I wasn’t going to pen down something cliche that’ll make you feel all warm and fuzzy inside. Instead, I’m going to address an issue that quite a number of people have suffered/are suffering from and others have fallen a victim to.

A gamophobic person is simply scared of the idea of a committed relationship, but is not unwilling to have a relationship; things are fine as long as they aren’t committed. For example, some years ago, I was dating a guy and things were going pretty good. Until I openly referred to him as my boyfriend. He didn’t like it and he said to me in his own words: “I don’t like titles and labels such as boyfriend or girlfriend, that level of commitment scares me and pushes me away.” That relationship fizzled out because while he was ready to be in a relationship, he wasn’t ready to be in a committed one with titles. I’m actually grateful to him now for being honest because he saved me the time and emotions I would have invested in a relationship that was going nowhere.

As with any other specific phobia, gamophobia can be caused by an intense negative past experience. It traumatizes the suffering individual to an extent to which he/she begins to dread commitment. Gamophobia can come about as a result of the fear of “putting all of one’s eggs in a single basket.” It can also be caused by personal insecurity, low self-esteem, depression, etc.

Now, there’s a difference between “not being ready” for a serious relationship and “gamophobia.” Sometimes a person just isn’t ready to go all in but still wants the company of a partner. In the case of gamophobia, though, the individual is never ready. He/she has a track record of “short-lived relationships” and there’s never a reasonable explanation as to why the relationships ended.

The truth is that love takes work and none of us have a playbook as to how to be perfect at love. Most people think love is a noun, but it’s actually a verb. Love is more action that emotion. It’s being there even when you don’t feel like it. It’s doing things you don’t want to just to please the other person. It’s compromise, determination, giving 100% or nothing. Love is choosing someone and making up your mind to work at ways to keep loving the person forever.

People run from love and commitment because they probably believe that love should be easy and when it’s not, they feel it isn’t right and move on. Or probably because they just don’t want to put in the effort to make it work.

Quite a number of people have fallen victim to the effects of gamophobia. They meet and fall in love with someone who is gamophobic but they are unaware. They give their all and get hurt in the end because a gamophobic person can’t give them the level of commitment they desire.

I always advice that if you aren’t ready for a serious relationship and you meet someone you really like, please make you intentions plain. Let the person know that you really like them and you’d love to spend time with them but you aren’t ready for something serious. Give the person the choice to either stay or walk away. Blindsiding a person into a relationship without letting him/her know where you stand is wrong. When someone is willing to entrust their heart in your care and you aren’t ready for that, the best thing to do is say so. The truth is always the best option; it saves a person from the hurt that can push them into depression and then a state of gamophobia.

The problem of gamophobia, if left unaddressed, can ruin friendships, relationships and make a person a loner for a long time. Once discovered, it’s best to handle it head on and free yourself from its shackles.

If after reading this and you realize that you’re experiencing gamophobia or you already knew but you don’t know what to do about it, here are some steps to take:

The first thing is to accept and come to terms with the fact that you have a fear of commitment.

The next thing is to search yourself and figure out the cause. That’s the only way to get to the root of your fear and find an appropriate solution.

After that, you have to talk to someone about it. Fear is not something you can overcome alone. You need to speak to someone who has a better understanding and can give you sound and effective advice.

Finally, you have to pray about it. It’s not east to conquer fear, especially fear that’s borne of hurt and a bad experience. It’s really hard to let go, move on and forget that such an experience ever happened. Only God can give you the grace to do that.

Dolapo Omotoso: The Culture of Entitlement at Nigerian Weddings & Events