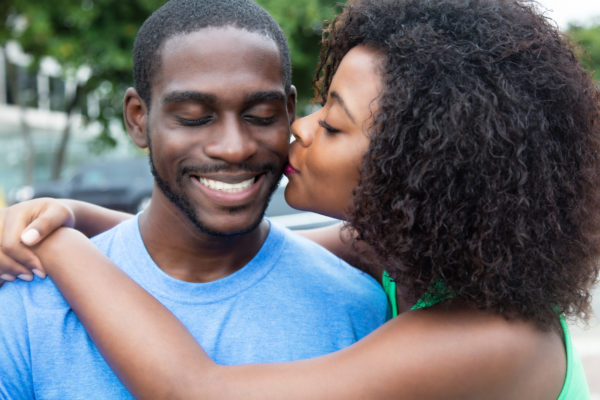 I was at a Girls’ Night In celebrating a friend’s birthday at her apartment, where I had a very interesting and spirited conversation with a group of friends and acquaintances (all black women in their twenties and early thirties). We discussed a wide range of topics from uterine fibroids, sexual assault, and [not] discussing sex with our parents, to sexual satisfaction, feminism, and dating etiquette. (Yup, it was an interesting night).

About an hour or so into the conversation, we were discussing celibacy and what it means to be in a Christian relationship, when one of the girls mentioned that she knew three women – all in their thirties – who are currently struggling with sexual intimacy in their individual marriages. As you can imagine, we were all intrigued by this assertion, but I doubt anyone was entirely surprised. According to her, these three women had each been celibate before they got married, and now that they are married and [officially] permitted to have sex, they can’t seem to enjoy doing it, or even desire it. (Bear in mind that these are not newly-weds; they have each been married for upwards of four to five years).

None of the women in question were present, so I couldn’t ask them the million and one questions I had, but I automatically guessed it had something to do with them not being able to get past the shame, guilt and immorality often associated with sex. So the first question I asked the girl narrating this was – “Were all these women always celibate OR had they previously been sexually active and then become celibate at some point?” To which she replied, “Come to think of it – they were all virgins before they got married”.

Immediately, there was an “OOOOOOHH” that rang through the room, as though our confusion had been resolved.

Among the group that night was also a psychologist (marriage and family therapist) who echoed this same assessment, stating that she had encountered quite a number of clients with the same issue – women who were virgins before they got married, experiencing post-marital sexual intimacy issues.

While processing this, I immediately thought of the alarming statistic of women around the world, but particularly those in Nigeria, who are estimated to never have experienced an orgasm. Now, it’s possible that these two issues are completely unrelated, but my guess is that there is some kind of correlation between the shame/immorality that is often associated with pre-marital sex [especially for women, since somehow we are the only sex that has historically been taught to preserve our virginity] AND the apparent inability to desire or enjoy sex even after marriage, when we are supposedly permitted to do the act.

I realize that this concept of virginity/celibacy/sexual morality stems largely from many of our religious and cultural beliefs, so it is neither my place nor my intention to determine if it is wrong or problematic. I am merely stating the facts as I understand them. But given the extensive amount of observable evidence or anecdotal proof if you will, perhaps this is an issue worth revisiting or at least analyzing on a societal level. And this is not to suggest that we disregard these concepts entirely; perhaps it’s the manner in which they are taught that requires modification.

P.S. There was no guy present during our conversation and nobody in the group had any contribution from a male perspective, but I am really curious to know if this is a gender neutral phenomenon, or if it is something only women struggle with.

Please comment or reach out with any answers or insight you might have on the topic. Thank you!

#PVCitizen: Go Out To Vote Your Candidate Tomorrow

Osasogie Omoigui: How to Move Forward When You Don’t Have Closure