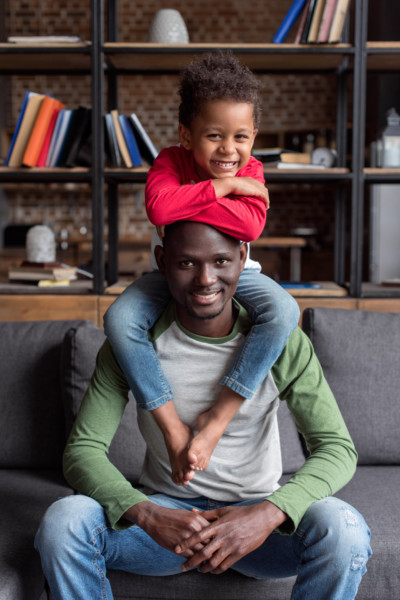 Remember when we were all kids and all we wanted was to grow up? Remember all the time we spent wishing we were like an older relative because they could do whatever they wanted? Well, those wishes have come true, we’re now all grown up and it seems adulting looked more exciting when we were kids than it is in reality, especially now that it is kicking our you know whats.

Growing up was fun for a lot of people. The days when all the worries we had was how to talk to a crush, or how to make it downstairs first during lunch break to secure the desired playground spot. Primary school was the most satisfying of all time. We were hardly responsible for anything – not even with assignments. It was an open secret that parents helped with assignments and the grades accumulated from those were a reflection of the parents abilities, rather than the kids.

There were days when the biggest problem you had was coming first or you’d be made to feel like a dullard, re-enforced by repeated stories of how both your parents were always first when they were in school. We all had parents who were top of the class. Everyone was in their time. Legend has it that a whole school once witnessed a tie in all classes shortly after independence. A good year for our education system.

Secondary school demanded a level of responsibility from us, the ridiculously many subjects, the compulsion to resume early and close late because of extra lesson, the assignments (which most of us dubbed first thing when we got to school), and at the height of our woes: Introtech.

Crushes were at their peak during this time. The struggle to talk to girls was real for guys, and it seemed wherever two or three boys were gathered, the topic was about girls. For girls, the issue was getting the one guy you liked all to yourself. Of course there were other things that took our attention: when a teacher was found to be dating another because that’s just drama; when your set was finally going to be prefects because who doesn’t like having extra power over juniors; or when it was football season because we acknowledge the privilege that watching Messi play is (or that other guy, who is also quite good).

The efforts of that wicked teacher (who was usually a language teacher) did nothing to thwart the fun we had. There were the usual letters hidden in girls’ lockers, and the occasional hugs under staircases and in libraries. Valentine’s Day was always the best: hundreds of boys united in their defiance of authority, smuggling in gifts for their beloved girlfriends, heartbeats resounding like an army band’s parade.

A boy was caught one of those years. He had been saving up money but was still short of his budget a day to Valentine’s, so he “borrowed” some money from his mother’s purse. He bought his val a plastic rose and a purse and everything went as planned. Until the girl took the gift home and her mother—who coincidentally sold the boy the purse—asked that she return the purse. The mother followed her to school the following day. The boy was asked to bring his parents, and in the midst of the interrogation, his mother confirmed her suspicion that some of her money went missing. As he was lashed on the assembly ground, he kept shouting that he only borrowed the money and had plans to return it. Till this day, he insists he was going to return the money.

There was inter-school sports, too, always a great time, an opportunity to meet people from other schools in the closest thing to mufti we would find them in. The rivalry between schools made it more fun, and scoring a relationship with someone from the other school was usually the stuff of legends.

University was when life hit us, thrown into the world without the bubble you have always had and having to navigate it on your own. We thought it was freedom but soon realized we lacked the discipline to be free.

Not having a care in the world was the best part of growing up for a lot of people: knowing when you wake up that food was available, having shelter and clothing you knew nothing about how it was provided. Decisions were made on our behalf, and it was convenient not to have that weight on our shoulders. Although we groaned at some decisions we thought put us at a disadvantage, it’s a burden a lot of people would rather be rid of as adults.

It seems we spent all our lives fixated on what the future held, that we did not fully live and take in the present which is now past. Having had the protective shield of our parents over the years, adulting feels like being dumped in the deep end of a pool without swimming lessons. So we lash out desperately, trying to stay afloat in this crowded pool called life.

Perhaps the scam is life itself. Maybe adulting is not the cause of our woes. We have been sheltered from the harsh realities of life so long that exposure to them becomes seemingly unbearable. Our tale is like that of monkeys who rejoiced when they heard the farmer had died, but mourned the next planting season because there were no banana trees to steal from. We spent our lives looking forward to these moments, but now long for the times we did not cherish, times we can only now relive through memories.

Here, we asked six Nigerians to share memories from their childhood they wish they could recreate as adults.

When I was young, I loved playing with sand – building houses and making food together with leaves. It was one of my favorite things to do. I also used to roll tires around the neighborhood with my friends, and I was famed for being one of the best racers. Police and thief were a favorite game to play with friends because I loved holding guns and shooting people with the water gun. I look at the sand with a longing at the beach, but adulthood has taken that from me.

I loved listening to my grandmother’s stories alongside my cousins, and I also really loved acting dramas with my friends. I especially liked playing mummy in the drama. Sounds weird looking back, but those were things I really enjoyed growing up. One thing I would like to recreate is wearing matching denim with those big ‘turnioniown’ belts because a part of me still considers it fashionable but the world would laugh at me, so there’s that.

The irresponsibility, I would love to be irresponsible in life again. There was this feeling of surety, the confidence that things are definitely going to work, and that confidence is not there anymore, because now, there’s no mum to swing by with a quick fix or a plan b. There are a lot of great memories from my childhood but nothing tops not having to worry about anything serious, so yeah, I would love to be irresponsible again.

We are all girls in my family so my dad made it a point to do things like washing cars with us. He would take all of us out and make us wash the tires while he washed the body. Afterward he’d spray us with water. I also really loved hiding just so he would have to find me all over the house. A part of me still wants to hide sometimes when I am home with him, just so he could look for me all over the house one more time. These are memories I wish I could recreate.

I miss being able to play street soccer anywhere I feel like. When I was younger, I used to just pull off my shirt and roll up my trouser wherever I see football but now I cannot. Also, I miss going to the gaming center to acquire bragging rights and playing Totti (table soccer). I still play video games but I would certainly love to recreate the times I played table soccer and also go back to a time when I was not so self conscious and busy so I actually play football.

My favorite time growing up was the time I spent with my sister and friends. We would recreate cooking shows where I was the cook and she was the taster. Then Jackie Chan movies, too, but she hated those because she always lost. I also loved going to the river with my friends to play and sometimes catch toads. I remember a particular day we went to pluck fruits in a man’s compound. I was the smallest among them so I needed help scaling the fence, the man came out and started shouting, they all scaled the fence immediately leaving me behind, but came back when the realized I needed help and we all escaped. It was a touching moment for me. It was a time we all truly cared about each other. These are memories I would love to recreate.

We do not get all our wishes granted, but one we certainly get is growth, and now a lifelong wish is here and we wish for other things. Life passes by us and we do not really experience moments as we should because we are always looking forward. There comes a time in our lives when we would look back to these times and wish we could relive them. Or maybe not. Hopefully not.