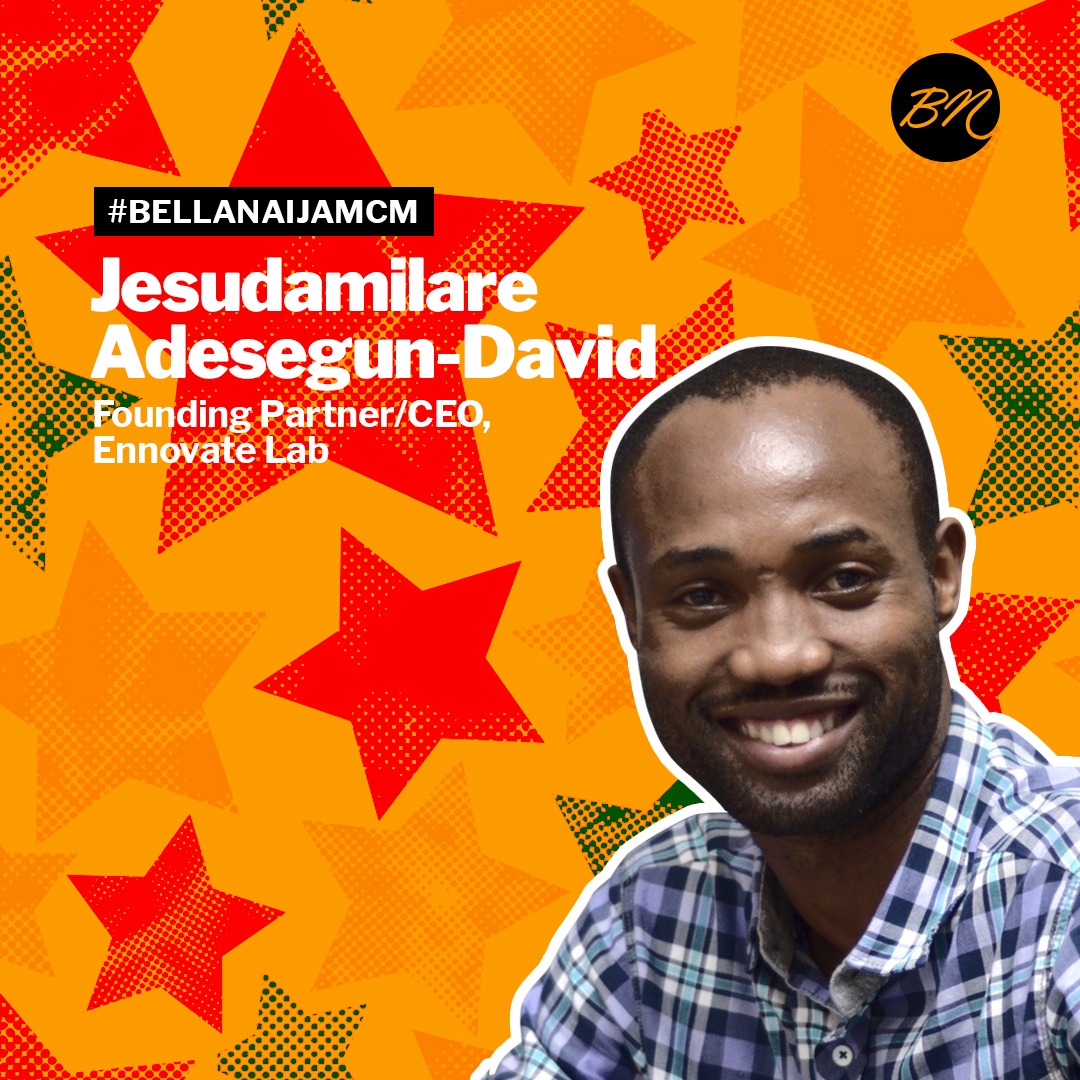 Nigeria has been undergoing massive tech development in the last few years, but the truth is, much of that development is in some of its big cities – Lagos, Abuja, Port Harcourt, and the likes.

Our #BellaNaijaMCM this week Jesudamilare Adesegun-David is pushing to decentralise tech in the country and he’s making major impact with his work.

Jesudamilare is a founding partner/CEO of Ennovate Lab, an enterprise and innovation hub in Ogbomosho, Oyo State, where creative minds meet to systematically develop and transform communities through technology, creativity and social enterprise.

Truly, outside the big cities, there’s the problem of internet connectivity, access to right tools, power too, as well as access to a wide pool of developers to interact and share ideas with

Jesudamilare’s goal was simple, “to help equip Africans with the tools to solve Africa’s challenges,” and he’s been doing just that.

In November 2017, Ennovate Lab was born. By January the next year, it launched its Children that Change the World (CTCTW) platform “to equip underserved Nigerian children with critical+creative thinking skills that would secure their relevance in the 21st Century’s Knowledge Economy.”

Today, Ennovate Lab continues to build the children of today (with its CTCTW platform) for the demands of tomorrow, hosting radio shows, summer coding bootcamps, agricultural innovation sessions, as well as setting up book clubs in schools.

Ennovate Lab also runs a program called CodeForce, its plan to raise a 2,000-person crack-team level developers in 5 years through its residential programme and 20,000 more through its virtual Fellows’ Programme.

Jesudamilare, an Agronomy graduate from Ladoke Akintola University of Technology (LAUTECH), is also the Ogbomoso Chapter Director of Startup Grind. He was named in YNaija’s New Establishment List (Tech) for 2019.

He is the author of Conversations, Contemplations and Ponderations, which he describes as “all at once a journey of sober introspection as well as exultant explorations of intricate themes as discovered by sojourners who have Christ as their life.”

Jesudamilare is passionate about building the future of Nigeria and Africa and he’s matching his passion with actions. We’re rooting for him!