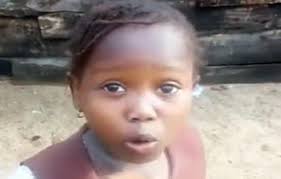 The head teacher of Okotie-Eboh primary school in Sapele, Vero Igbigwe, has been suspended by the Delta state government for allegedly collecting unauthorised fees from the students.

Punch reports that she was suspended following the viral video showing a pupil Success Adegor who was complaining of being sent home because her parents hadn’t paid her fees.

The Delta state commissioner for Education, Barr. Chiedu Ebie, who visited to school claimed she was suspended as a result of her inability to defend the illegal collection of examination levies.

Ordering an investigation into the action of the suspended teacher, he reiterated the administration’s strong stand against extortion of pupils by school heads across board. He said:

There is right to fair hearing. So, what will happen is that a detailed investigation would be set up to look into the issue in details.

Like I did say, I conducted a preliminary investigation but in the interim we have to suspend her (Mrs Igbigwe) as the head teacher of this school pending the outcome of the investigation.

That suspension will take effect as from today (Monday). Obviously, there are contradictions in her story because everybody was there when they talked about school fees. It was obvious that Success was sent home because of her inability or her parents to pay the supposed fees which is not in any way part of the 2018/2019 levies.

The commissioner maintained that both primary and secondary school education in Delta state are free and that the government will not hesitate to punish any official that violates the policy.