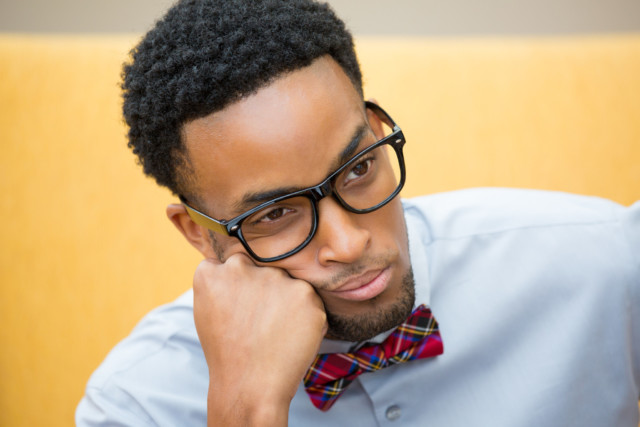 There is no doubt that Nigeria is big. But there is an argument as whether Nigeria is simply big for nothing.

The massive population seems to be insignificant. Just imagine the fact that Nigerians are killed in South Africa with impunity, the same country we helped to eliminate apartheid. Nigerians get this treatment in almost all the countries of the world.

I recently watched a video circulating where a man from Dubai gave reasons why Nigeria is rotting away like a thirsty fish on a beach, despite all that the country has. According to him, Nigeria’s oil, natural resources, wealth and agriculture, cannot save us from our laughable situation because the country lacks quality leadership. I could not agree more.

It is ridiculous that Nigeria is struggling despite its potential for greatness. How can we explain that a country of about 200 million people still have to import expatriates to do jobs that Nigerians can do, if they are properly trained to do so? How do we explain the fact that people are killed every day?

Nigeria’s untapped resources, including natural and human, are believed to be the envy of many countries. Nigeria is known to be one of the richest in the world, but the level of poverty keeps everyone surprised. While the country accounts for at least five out of ten of the richest men on the African continent, Nigeria still retains the title of the poverty capital of the world.

It is painful that the Niger Delta region, which generates most of this wealth, has its people languishing in misery and without basic amenities. The same region has its environment damaged, and the source of livelihood of the people destroyed. This is terribly ironic.

Nigerians are vehemently religious; you hardly see folks who do not believe in a supernatural being. As a matter of fact, you find a church, mosque, shrine or other holy grounds on every street in the country. It is, however, ironic that despite our obstinate religiousness, we are still overwhelmed by moral decadence. It is painful that hideous things are either done in the name of religion or have religion as their motivation.

Nigerians are known for corruption, fraud, terrorism, killings, etc. Despite the fact that the holy books of the religions we practice disapproves of these, we still go ahead to perpetuate these crimes. We then have the audacity to lift holy hands and bow heads to the Supreme Being whom we know disapproves of these behaviours. It is ironic that even our religious and political leaders use religion as a veil to cover up their evil ways.

The legend Fela Anikolapo-Kuti satirically said that Nigerians love to suffer and smile. Even though we know that we need liberation, we will rather endure our pain and hope that our God in heaven comes to liberate us. I am amazed that Nigeria was listed as the sixth happiest country in Africa, and as the most miserable in the world. I wonder how we stay happy being miserable. It is obvious that we accept all that is thrown at us without question. It is disheartening that we make jokes about our problem, and hope that someone will use his/her magic wand to make them go away.

One other irony I will like to point out is that in the midst of the 200 million Nigerians, Nigeria still suffers from a dearth of talent to make the country work. Nigerians have the potential and talent no doubt, just look at the dwindling numbers of doctors and medical practitioners, lawyers, scientists, administrators, etc., in the country. Despite the fact that Nigeria accounts for the country with the highest number of doctors practicing outside their country, Nigerians die in their thousands daily for a lack of medical personnel.

There have been arguments as to if it is necessary to leave the shores of Nigeria if you want to be at the top of your game. Young people like Isreal Adesanya, Chimamanda Ngozi Adiche, David Oyelowo would probably still be struggling for opportunities, had they not left the country when they did. Despite the country having so many talented folks, we have nothing to show for it. It is unfortunate that the talents of young Nigerians have become tools for criminality.

I can only describe the leaders of the country in one word – calamitous. I believe that leadership in the modern sense should be about service. Service to the people. In Nigeria, however, it’s the other way round. Most political, religious and traditional leaders attain exalted positions to serve themselves. The same folks who were given their mandates by their people trample on their people like dust. We claim we run a democracy in the country, but what we see is autocracy and anarchy. This is antithetical to what Nigerians asked for.

It is absurd that Nigerians work so hard, but they have nothing to show for their hard work. Go to any of the markets in Lagos State, on the farms in villages and town, visit work places and workshops and you will agree with me that Nigerians work like elephants and eat like ants. Basically, the efforts of must Nigerians do not pay off. Some Nigerians work throughout the day and still find it difficult to pay their house rent.

I will not end the highlight of ironies in Nigeria until I point this out how ironic it is that the Nigerian Police, which was formed and financed by taxpayers’ money, to protect the Nigerian, has become the killers of the Nigerian people.

Yewande Jinadu: How to Handle Rejection Mails After an Interview