We started naming books we enjoyed, and think everyone should read, as our book of the month back in January. Fiction, memoir, a collection of essays – it didn’t matter. What mattered was that the books taught us something about the world and about ourselves.

In January we shared Tunde Leye‘s Afonja – The Rise, a story set in the historic Ọ̀yọ́ empire and told through the lens of dynamic characters. In February we had Elnathan John‘s Be(com)ing Nigerian – A Guide, which satirises our daily Nigerian life, from politicians to pastors.

We went to Kenya for March, selecting Jackson Biko’s Drunk, which took us through the streets of cities and small towns in Kenya. April had Ghanaian author Ayesha Harruna Attah’s novel The Hundred Wells of Salaga, which gave us a glimpse into the lives of women in pre-colonial Ghana.

The Old Drift, described as “the great Zambian novel” and written by Namwali Serpell, was named our Book of the Month for May, and for June – Pride month – we had She Called Me Woman: Nigeria’s Queer Women Speak, which, as the name implies, humanises a much-maligned Nigerian reality. For July, our book of the month was Isha Sesay’s Beneath the Tamarind Tree, which tells the untold stories of the Boko Haram-abducted Chibok Girls.

For the month of August, we’ve selected Manchester Happened, a collection of short stories by the Ugandan writer Jennifer Nansubuga Makumbi that takes us through the lives of Nigerian immigrants, as our Book of the Month. 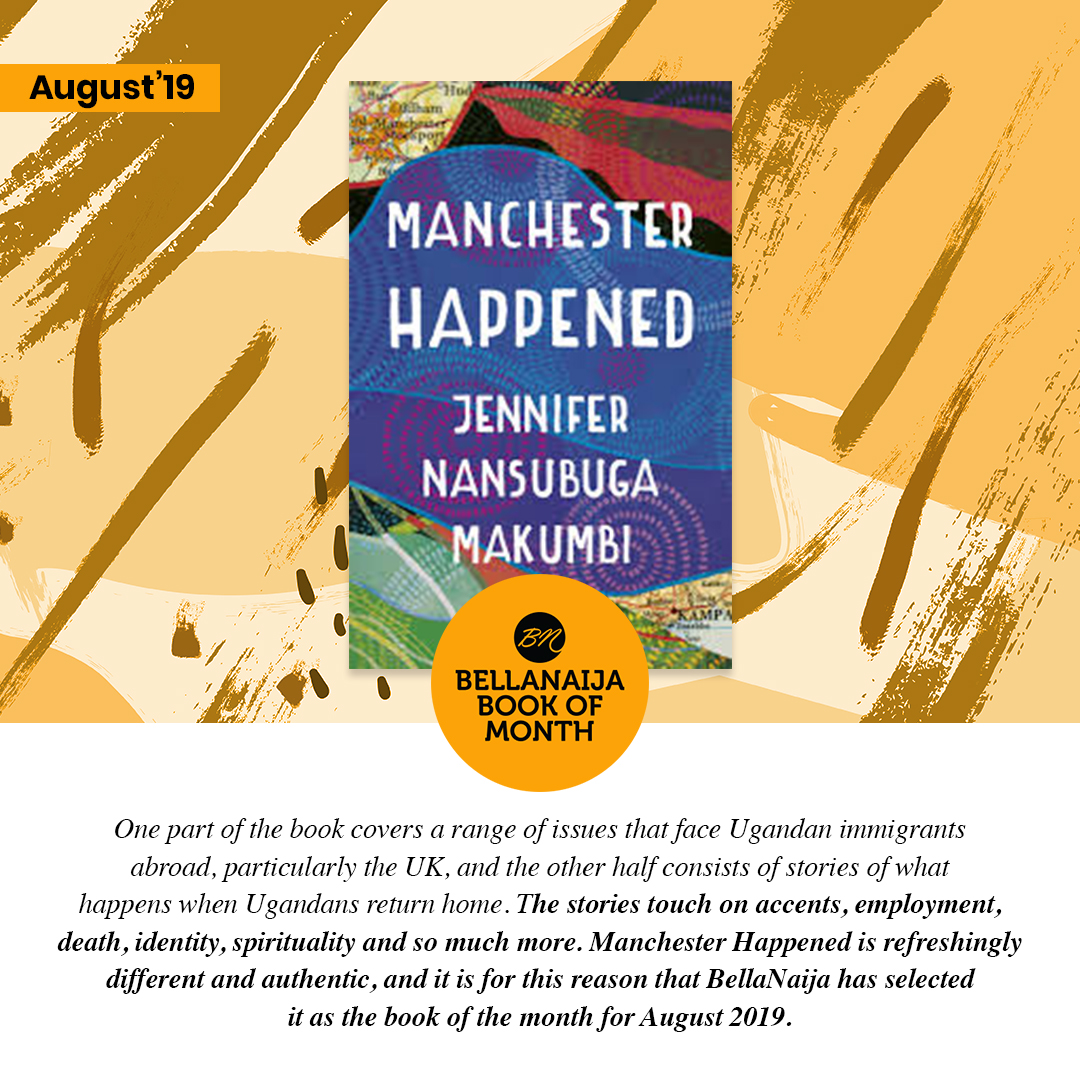 What are the experiences of Ugandans living in diaspora? Jennifer Nansubuga Makumbi asks daring questions in her collection of short stories, Manchester Happened. One part of the book covers a range of issues that face Ugandan immigrants abroad, particularly the UK, and the other half consists of stories of what happens when Ugandans return home. The stories touch on accents, employment, death, identity, spirituality and so much more. Manchester Happened is Makumbi’s second book, following the critically acclaimed Kintu.

Manchester Happened is refreshingly different and authentic, and it is for this reason that BellaNaija has selected it as the book of the month for August 2019.