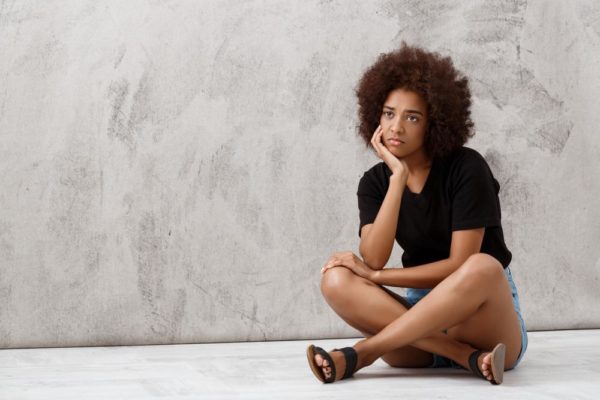 While filling out forms, we see “Gender,” and beside it, two boxes with “Male” and “Female.” In regular conversations, some of us refer to gender in terms of male and female. We see a man making feminine gestures and jump into concluding he is gay. These are but few of the scenarios where we use sex, sexuality, and gender interchangeably. It should not be so: these three ideas are different, albeit related.

Gender is performative. It is behavioural and socio-psychological. Through various social institutions, a child’s mind is imbued with the ideation of gender. We instruct a child on how to behave based on anatomy. In Tim La Haye’s Why You Act the Way You Do, he wrote that choleric women have to learn submission. “A choleric likes to lead and usually makes a good leader, but by the grace of God and in obedience to His Word, such a wife needs to bring herself into submission to her husband.” La Haye does not write the same about a choleric man. Gender socialisation requires us to repress ourselves based on our sexes.

Ranging on a broad continuum from masculine to feminine, gender permeates everything in nature. “Everything is dual; everything has poles; everything has its pair of opposites; like and unlike are the same; opposites are identical in nature, but different in degree.” (The Kybalion.) The varying degrees of temperature are a tool employed by the authors of this book to explain this notion. Hot and cold is the same thing existing in different degrees. This applies to gender – there are different levels of masculine and femininity in individuals, pending on personality.

For anything to be whole and functional, it has to meld all its aspects. That is why nature manifests itself on a range of masculine to feminine. Think of it as a battery. To function effectively, it has to make use of both positive and negative. It is why we use both hemispheres of the brain. In Jungian psychology, we see the concept of anima and animus. The anima is the unconscious feminine side of a man, while the animus is the unconscious masculine side of a woman. Clarissa Pinkola Estés writes of the animus in Women Who Run With the Wolves: “The stronger and more integrally vast the animus, the more able, easily, and with style the woman manifests her ideas and her creative work in the outer world in a concrete way.” Willpower is seen as masculinity, while creativity is seen as feminine. For a scientist to share a work with the world, they have to balance masculine (willpower) and feminine (inventive ideas), else the idea would die in their head.

Sexuality is how a person expresses sexual desire. It is sexual orientation and sexual behaviour. Sexual orientation is how a person is programmed DNA-wise to express romantic (and sexual) love. Conversely, sexual behaviour is how a person decides to express sexuality. A person could be homosexual and choose to have romantic/sexual relationships with people of the opposite sex for any reason. Sexuality also exists on a bandwidth. Because there are no absolutes, no one is entirely on one end of the spectrum. No matter how hetero a person is, there is that one person of the same sex – even if it is just one – they can harbour romantic feelings for, if they allow themselves. Heterosexuality is not the only sexuality that there is. Constructing one sexuality as normal does not obliterate other sexualities that exist.

Sex is anatomical and biological. It is body parts. “Male” and “female.” Karyotyping makes us understand there are six sexes. Like gender and sexuality, sex exists on a spectrum, as nature allows a broad gamut of things to exist. Nature allows people to be intersex, yet we deem it wrong. They is no one way (or two ways) to be. Were this the case, there would have been two races – black and white, not four races.

Gender is to mind, as sex is to body. Our minds and bodies are not essentially the same. A person’s mind might be young, yet their body is old. There are certain tasks their body would not be able to execute. As there are no absolutes, we can also say the body and mind are the same. This is evident when certain hormones influence our emotions.

A masculine-presenting man is not necessarily heterosexual. Likewise, being anatomically female is not an indication that the person would perform femininity to suit the heteronormative social context they live in. The way a person expresses one of these – sex, sexuality, or gender – is not a determinant of the other two. If we are so curious about a person’s sexuality (not that it is our business, save we want to be romantic, sexual, or both with them) we can always ask them and not fly into assumptions because of how we see them execute gender.

P.S. In the real sense, everyone is born queer. “Queer” in this context means “not fitting into the heteronormative mould.” Only that society herds us into heteronormative behaviour. It does not make sense to make a person ignore aspects of themselves based on sex organs. You know, our minds are so vast. It is unfair when we let our bodies limit our minds based on ideas that did not originate from us.

Dirug Samuel of Big Family360 Foundation is our #BellaNaijaMCM this Week!