Why is There Always Someone Begging for Help in the Comments Section? 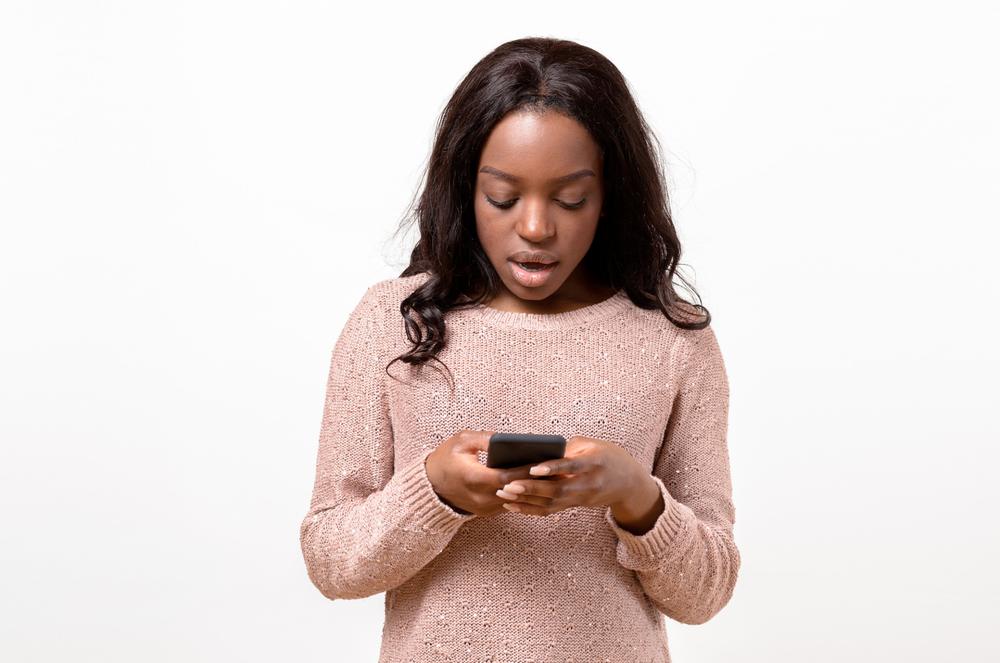 The advent of social media has succeeded in bringing out the begibegi nature of so many people. In almost every social media post today, there is always that one person that is either begging for money, food, clothes or any other thing. Many Nigerians have now turned into corporate beggars on social media – depending on people they barely know to solve their financial problems or give them their next meal.

Many would argue that social media is not responsible for turning people into beggars and we quite agree. Before the arrival of social media, many people were already begging.

If you walk through the streets in Kano, there are little Almajiri children clinging to your clothes, raising their bowls and begging you for money. Right from their childhood, they are already being prepared for a lifetime of begging. From Sokoto to Katsina, Maiduguri, and Adamawa, every nook and cranny of the North is decorated with beggars. A man once shared a story of a woman who had walked up to him at a filling station in Jos and begged him for money. He looked at her and discovered she was physically fit and then offered her a job instead. This woman refused and told him she would prefer him to give her money instead.

This scenario is very common.

Lagos state is filled with beggars who seem to occupy every free space. These beggars are so many and they can be found sitting by the roadside, on the pedestrian bridges, outside mosques, and churches. In short, everywhere!

Aside from this kind of beggars, we now have the ‘corporate beggars’. They are very well dressed and don’t sit by the road. They will walk up to you confidently and say ‘Hello, I’m heading to Ajah and my transport fare is not complete. Please give me #200 to complete it’. Once you give them the money, they move on to their next ‘helper’. Or is it maga?

There’s a particular guy that is always found at the BRT terminal at Ikorodu. He resumes there every morning in a clean, well-ironed shirt and trouser and carries a school bag. He walks up to passengers buying tickets and says “I’m going to TBS, please help me with 50 Naira to complete my transport fare“. Of course, he knows 50 Naira is something almost everyone can afford. Immediately you give him, boom! He’s moved on to the next person. Imagine how much he makes every day from ‘swindling’ people off their hard-earned money.

The advent of social media has, however, emboldened people to beg without fear or indignity. In fact, it has turned some people into perpetual beggars. It is very common to see people jump on a celebrity’s tweet or Instagram post saying “please sir, bless your boy”, “please ma, your girl has not eaten for fifty days”, “baba just do giveaway na”… 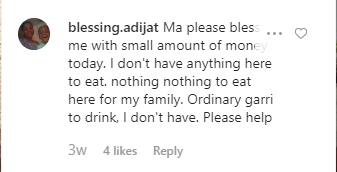 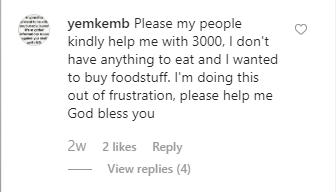 If the celebrity is now fond of doing giveaways, ahhh! Case closed! People will camp in the comments section and activate their full begging prowess. 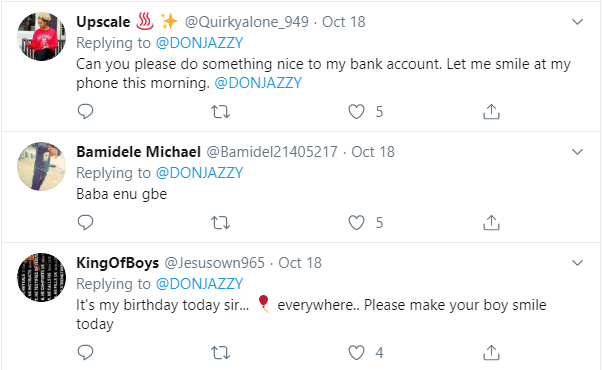 As a matter of fact, once a person starts doing giveaways on twitter, their number of followers shoots up immediately. Social media influencers have discovered that splashing a few thousands of Naira and some recharge cards on their page are very good ways of attracting more followers. This has increased people’s appetite and confidence to beg.

In every social media post, there is also that one person whose only job is to beg for one thing or the other. Such a person can be found begging everywhere – giveaways, random posts, celebrity’s page, and even business pages. This love for awoof will run some people’s belle one day.

Is cyber-begging becoming a culture? The answer is yes, and this silly newly-invented culture has to go!

It is a different case if you are in a terrible fix and you need help urgently –  especially when it is a matter of life and death. It is also different when you are shooting your shot at a company or requesting for a job. But it is absolutely gross when you become a nuisance on the TL – begging for everything and anything.

Why do we have so many beggars, both offline and online? Is it a deliberate move by the government to keep people poor so they can entice them with 2 bowls of garri and 1 cup of rice during elections to win their votes? Or does giving people petty petty money feed our own ego as people?

Are people on social media also that poor or are they just trying to play smart? Because let’s face it, if you are as poor as you claim, you wouldn’t have data to be consistently begging on every post. Abi?  If you are also very broke, why are you not requesting for jobs instead of recharge cards or money? If you are offered a job, will you take it?

A Twitter user once shared how he offered someone a job online and the person said “abeg just give me money, I can’t be waking up at 5 am every day.”

We need to start having a discussion on how to eradicate poverty and find a long-lasting solution to this growing epidemic of social media begging. One way to do this is to help people solve their problems from the root and not just the surface. For instance, rather than give someone 2,ooo Naira for the weekend, why not try to get the person a job instead? That way, the person becomes financially independent, stops begging and even helps other people too.

If you don’t have a job to offer, can you refer such a person to any NGO or institution that can help them?

As citizens, can we also put pressure on our political leaders to do the right thing and create a system where there are available jobs and people can be sure about getting them? Or for them to provide an institution where those at the lower rung of the society can get help and become independent?

Because truth be told, whoever you give 2,000 or even 5,000 Naira to today, will definitely come back next week to beg you for more money. At what point does this cycle of begging now end?

What can we do to eradicate this culture of begging and find a long lasting solution to people’s problems? Will you also feel like a bad person if you ignore all pleas for help on social media? What experience have you had with a social media begibegi? Share with us.

Mofe Awala-Ale: These Skin Care Hacks Won’t Have You Breaking the Bank

10 Nigerian Halloween Costume Ideas for that Party this Weekend