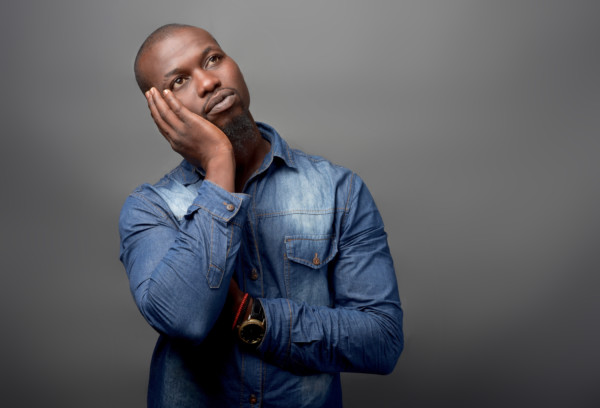 Lagos is the center of excellence. If you like, scoff and raise your nose high, Lagosians will still argue this with you any day, any time.

Just like every other state, Lagos comes with its own baggage and plenty wahala, and although there’s a lot of suffering and smiling in Lagos, Lagosians still move about – nose in the air and plenty shoulder pads – with this sense of pride of being a Lagosian and living in Lagos.

Many non-Lagosians do not share in this view. While some are wishing and praying to relocate to Lagos and start a life there, others do not see the big deal in Lagos state. And can we blame them?

These recent rainfalls have opened the yansh of Lagos state and exposed the state for what it really is when it is not being hyped by patriotic Lagosians. This has earned Lagos the name ‘Mega Slum’. People also saw it as an opportunity to bash ‘Lagos people’.

Sometimes, Lagosians really act as they’re the benchmark for standards in Nigeria, and this is quite dismissive and reductive of the other lovely States in Nigeria. There are a lot of things Lagos residents do that other people cannot just stand.  So, here’s a list of things Lagosians should watch out for, and maybe just tone down a little on… you know? One Nigeria and all that good stuff.

Let’s get into it.

Ehen? So? If you’re from Lagos nko? A lot of Lagos residents think because they come from Lagos, they must have dropped from heaven and everybody must begin to worship them. There’s that ‘I’m the city boy and y’all are villagers‘ aura that they carry everywhere they go. There’s this sudden false sense of being better than everyone else that Lagos residents have. Non-Lagosians can smell this attitude from afar and they will shaparly give you your size.

A lot of Lagos residents don’t know much about other places and tribes. Sometimes, this stems from their superiority complex and their disinterest in learning about other regions that are ‘under-developed and not so relevant’.

In fact, there was one Lagosian that assumed that people in the North live in huts. Can you imagine that? Later we’ll be complaining about how Americans are ignorant about us, meanwhile, right under our noses, we ourselves are displaying epic ignorance.

It is common for many Lagosians to be oblivious to things happening in other regions, after all, ‘e no consain dem’ and when you even try to enlighten them, some will say “abegi, no other place fit better pass Lasgidi.”

This snobbish and ignorant nature puts non-Lagosians off. 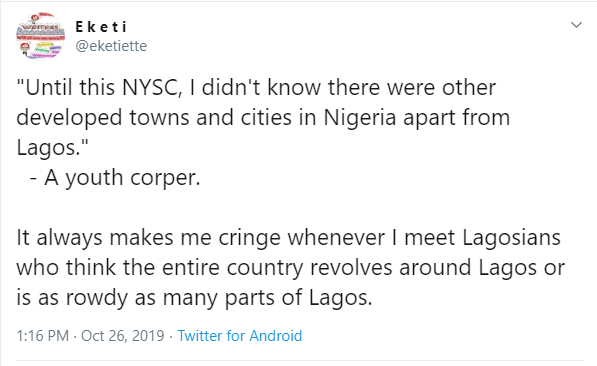 Some Lagosians are so used to noise, traffic, running after buses, and gragra that they don’t know how to act when they find themselves in sane environments anymore. In Lagos, there’s a need to always be in a hurry, shout on top of your voice, curse people that are not moving at your pace and use a lot of swear and derogatory words. It is also believed that Lagos residents seize every opportunity to remove their shirts and fight. People who don’t live in Lagos see this as insanity and they just can’t deal.

You know how Nigerians can insult and drag Nigeria all the time, but will collectively pounce on any foreigner that dares to insult Nigeria? Well, that can be said for Lagos residents too. Insulting Lagos state is exclusive to Lagosians only. When a person who is not living in Lagos tries to chook mouth in the matter. They will collectively pounce on him/her like a legion of spirits.

They think they hustle the most

Many non-Lagosians think that Lagos residents have a bloated sense of who they are, especially when it comes to hustling. It is not hard to find a Lagos resident who thinks that he/she is the most hardworking person on earth and that anyone who wants to make it in life needs to first come to Lagos. Funnily enough, what is termed to be ‘hustling’ to many Lagosians is just sheer sufferhead to people who do not live in Lagos. It doesn’t help that some Lagosians seize every opportunity to swindle people in the bid to hustle or be smart.

In Lagos, the anyhowness of the people is reflected in everything they do. From the way they cross the roads instead of using the pedestrian bridge to the way they drive across every lane and try to wriggle their way to the front of a queue, people who don’t live in Lagos don’t understand why the whole carelessness is so ‘celebrated’ and packaged as being smart.

Anyway, this is a call for Lagosians to do better. We love you guys, we really do.

Are you also a Lagosian? Now is the right time to defend your city. Don’t put Lagos residents to shame o.

Nneamaka Onochie: How Much Of Yourself Can You Truly Be?

Ask Sade About Trusts: My Daughter-in-Law Wants My Son to Write a Will