#TreatFirstQuestionLater: Beyond Social Media, We Sat Down with The Police & Hospital Reps 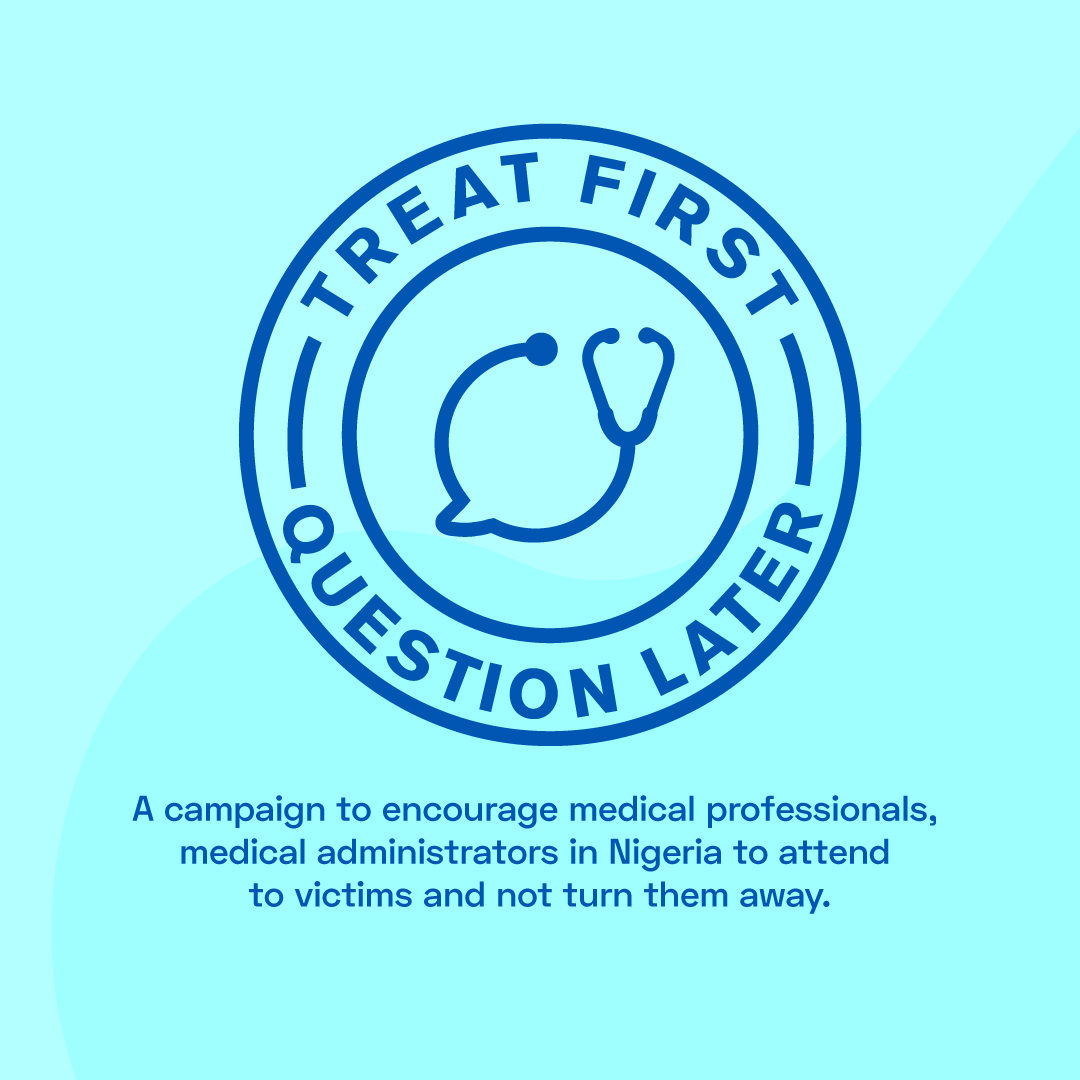 For the past few months, the Nigerian social media sphere has been filled with so many sad stories of emergency victims being rejected in hospitals because there was no ‘police report’. These rejections have led to the death of promising young Nigerians who were just going about their daily lives and trying to thrive in a country that threatens to stifle them at every opportunity.

From Ruth Oranye to Jemima and Moradeun, these stories all have a similar pattern: accident/armed robbery cases; fatal injuries; alleged rejection from hospital and referrals to other hospitals; and then… death.

Nigerians have responded massively to this reoccurring tragedy with various hashtags on Twitter calling out hospitals for rejecting emergency victims, even after the law has mandated medical practitioners to attend to victims, with or without a police report. But just like the #EndSars campaign and many other campaigns carried out on social media, these hashtags have trended for a while and then died an unresolved death.

The major contention is: should there be a police report before treatment is administered to persons in an emergency? Why does our law say one thing and the hospitals do the opposite? Do hospitals truly request a police report? How did we degenerate to this point where Nigerians are dying?

In all of this, we must agree on one thing: that every sector in Nigeria – from lack of security that enabled the perpetrators to the terrible healthcare system and the Nigerian Police Force that has become a laughing stock – needs serious reforms, and we need to all go beyond social media to tackle these issues offline.

The mandatory request for a police report was borne out of the need to apprehend armed robbers and other criminals who escaped after being shot by the police and found comfort in hospitals. Unfortunately, it was extended to other emergency situations too.

One thing that was made clear at the event is that doctors/hospitals do not need a police report before they treat emergency victims. DSP Bala Elkana made it clear that according to law, the victim should be given immediate care once a patient is brought into the hospital. However, the hospital needs to alert the police within 2 – 24 hours of treating the victims. This is done so that the police can check their records to see if the patient is in their list of suspects. It is also an offense for policemen to harass any hospital or doctor who treats an emergency patient.

In light of the recent trend of bashing doctors and all media practitioners, Tunji Akintade noted that many Nigerians have failed to realize that, compared to other countries, the healthcare system in Nigerian is in shambles and the working conditions of Nigerian doctors is nothing to write home about. According to Tunji, we have one doctor to 20,000 patients in Nigeria, many of the hospitals are terribly underequipped, and an ambulance system is non-existent. There is absolutely no guarantee that emergency victims in Nigeria will survive because everything that is meant to ensure their survival is not in place. The best thing a hospital – that cannot handle that case at that moment – should do is to immediately refer the patient to a general hospital.

In Moradeun‘s case, Tunji noted that once a victim has been stabbed – especially in areas like the neck – the penetrating object (i.e knife) should only be removed in the theatre and by the doctor. If it is removed before then, the patient will most likely bleed to death – and at a fast pace.

Cheluchi Onyemelukwe, however, insisted that just like every other profession, some doctors display a lackadaisical attitude when victims are brought into the hospital and some still demand a police report even after being aware of what the law states. If you come across hospitals like this, you have the right to sue them, especially if the victim eventually dies. To avoid issues like this, Cheluchi believes that it is in the best interest of the doctor to explain the situation to the patient or the patient’s family as clearly as possible. Don’t keep them in the dark, let them know that the condition of the patient is fatal and you do not have the capacity to treat them.

Laolu Osanyin, who practices medical law beyond the shores of Africa, noted that Nigerian doctors are supermen who work under the most horrendous environment in the world. He likened it to “being in a war zone where you have very limited resources and no motivation – yet people want optimum services”.

Segun Awosanya (Segalinks), who was the keynote speaker, insisted that one of the major problems of Nigeria is that Nigerians have been coerced into believing that people who lead us are messiahs and we have no say in the decision-making processes or have no solution to foster nation-building. So people shout online but do nothing offline. No one wants to take responsibility for anything.  People love revolution, but would rather watch it on TV. Segalinks insisted that “nothing will work until we have the political will – the ability for everyone to see everyone’s problems as their own.”

So Here’s What We Took Away From the Event…

Every sector in Nigeria seems to have collapsed. The Nigerian Police Force cannot work effectively because of many factors:

This means that many able, willing and good-minded Nigerians who go into the police force get frustrated along the line.

It is not about the victims, doctors, policemen or hospitals. The major problem is the system that has stunted the growth and development of these institutions. It doesn’t pay to blame hospitals or the doctors for the death of patients, but to realize that they are already handicapped by the Nigerian system that has refused to grow year-in, year-out. We need to demand a better healthcare system and encourage our doctors to do more.

The Nigerian Police Force are also victims of the Nigerian system. They are like farmers sent to the farm without any tool to work. For them to uproot the bad eggs among them, they need your help and cooperation. Don’t be passive when a SARS official harasses you; put a call through to the NPF helpline (09090003792) or send them a text (09057597931) and insist that they dismiss the official. Don’t say I don’t want wahala, just give me my money back, lemme go. Help the police force in purging out the weed from the plants.

To close the communication gap between the Nigerian Police Force and the people, the Public Relations department of the NPF will publicly announce that they do not demand a police report from victims and urge hospitals to refrain from doing such.

Suggestions to be considered

When Faith Oranye gave her speech, she maintained that the distance between the accident scene and the hospital where her sister was taken to took hours. To avoid this, it is important to have quick medical services on highways, streets, marketplaces, parks and so on, so that victims can be administered a first-aid before taken to the hospital.

Because many Nigerians are scared of coming forward, spies should also be planted among the NPF to fish out bad policemen. Policemen should also be taught first-aid so they can, to an extent, help emergency victims.

Ambulance services should be established as soon as possible and the roads should be made free for them. For instance, they should be allowed to use the BRT lanes in Lagos.

Hospitals and medical practitioners should not assume that they are ‘bigger than that’ and should release a statement immediately to counter the belief that the victim died because they requested for a police report. Let them come out to tell the truth.

Remember, the problem is the system. Rather than point accusing fingers at one another, let’s all come together to demand a better system. If your neighbour’s house is burning and you look away, your house might catch fire too. Don’t step away when it comes to fighting for a better society. Lend your voice and actions, it is our fight.

Mike Hunder: How to Choose a Profitable Online Course Idea

How to Build the Nigeria We Want to Live & Thrive In