We Want #JusticeForMoradeun Because We're Tired of Avoidable Deaths! 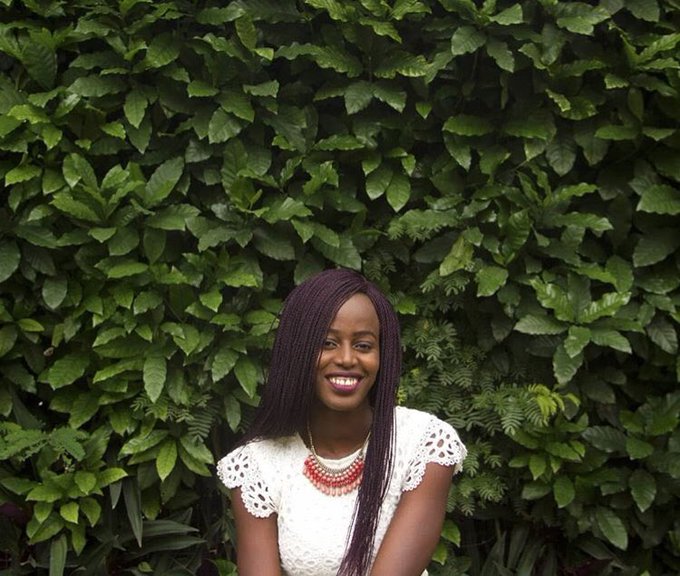 While we prepare for Yuletide and the beginning of another decade, the joy in the air has once again been tainted by a clearly avoidable death of Moradeun, a young lady who was stabbed in the neck by armed robbers and was allegedly refused treatment at the hospital because there was no police report.

We have talked about this on BellaNaija a million times, we are still talking about it and our major fear is that we will continually talk about it because this recent occurrence is proof that nothing has changed, progress has not been made, and lives are still being lost.

For the past few months, TwitterNG has moved from clamouring for justice for one person to the other after they had been involved in one form of accidents or the other and rejected by hospitals. From #JusticeForJemima to #JusticeForOranye and now #JusticeForMoradeun, we keep hearing this gloomy news and demanding for justice. Yet, nothing is being done about it. Nigerians are dying needlessly.

In October, the BellaNaija team wrote an open letter to the Nigerian Minister of Health after the death of Jemima and admonished him to look closer into the Nigerian Healthcare system and ensure that it is up to par. After the death of Ruth Oranye, we joined Caleb Somtochukwu Okereke and Tessa Doghor in the #TreatFirstQuestionLater campaign to call for an end of the practice of hospitals rejecting emergency victims. We implored citizens to sign the petition to the national assembly to help save Nigerian lives.

Unfortunately, we have again been ‘forced’ to put our pens to paper and lend our voices to seek justice for Moradeun. Perhaps rather than allocate blames to the hospitals or victims, we need to understand how we  got to this situation.

The law banning hospitals from responding to emergency victims was enacted shortly after the Nigerian Civil war. Armed robbery in Nigeria was skyrocketing and in a bid to put a control to it, the military government – after noticing that armed robbers who escaped with gunshot wounds found help in the hospitals where they were being treated – brought about the Robbery and Firearms (Special Provisions) Decree No. 47 of 1970 law in 1970. These laws instructed health practitioners not to treat emergency cases, especially when they involved gunshot wounds.

In 1986, however, the decree was amended and hospitals had to notify the police if they treated any gunshot victim. Trust Naija police, they set to action – swiftly arresting doctors who treated gunshot patients. This abuse of power instilled fear into medial practitioners and many of them stopped attending to victims of gunshots and many other emergency victims.

However, times have changed and 2019 is not the same as in 1989. These laws have been adjusted and readjusted to suit our present-day system and cater to our present-day healthcare needs.

In December 2014, the then president of Nigeria, Goodluck Ebele Jonathan signed the National Health Act into law. The law instructed hospitals and medical practitioners to attend to emergency victims and provides that ‘there will be no excuse for the failure of health services for Nigerians’.

3 years later, on the 29th of December 2017, President Buhari assented to the “Compulsory Treatment and Care of Victims of Gunshots Act, 2017.” This Act makes it compulsory for every hospital (whether private or public) to treat a victim of gunshot wounds, irrespective of whether the person has a police clearance or not. Refusal to treat such a victim also carries a 5-year jail sentence.

What exactly is the problem?

For hospitals to continually demand for a police report in cases of emergency shows that the law has been dead on arrival and its assumed sharp teeth have been made blunt before they could bite. Signing laws into bill is not the problem of Nigeria, the major problem is following up to ensure that these laws are being strictly adhered to. There’s a huge communication gap in the healthcare sector that needs to be bridged. The Minister says one thing today and then the hospitals do the opposite the next day.

The Ministry of Health cannot pretend not to know that hospitals still demand for a police report before attending to emergency victims. The bottom line is that they don’t care. No matter how Nigerians talk, cry, wail or demand for justice for lost souls on social media, the Minister of Health will never come out to address this issue. The office of the President has also kept mum. There is no enforcement process. So why sign things into law when you know that you are not ready to follow it up?

Are our laws now for decoration?

It is a huge shame that the Ministry of Health suddenly develops Acoustic Neuroma when Nigerians cry out concerning this issue. They don’t even have the decency to release a statement clearing the air on what’s to be or what’s not to be.

What are the possible solutions?

You cannot give power to corrupt people. Policemen should have no business arresting doctors who attend to emergency victims. You cannot entrust power to people who harass unarmed citizens or collect 20 Naira by the roadside. The Nigerian Police Force needs thorough cleansing, discipline, and rebranding. Until then, take them off doctors’ backs!

Have you sued the hospital?

There is a law in place in Nigeria, this means that you can sue the hospital for rejecting the victim. Perhaps it is time to go beyond hashtags and take this matter to court.

Arrest doctors and shut down hospitals

According to this law, refusal to treat emergency victims also carries a 5-year jail penalty. Since there is a penalty for this action, why are these hospitals still standing tall?

People keep saying that everything in the Nigeria system has been designed to kill Nigerians, and this is true. We don’t have a functional ambulance system in Lagos and we cannot have it for as long as the transportation system is bad. Where does the ambulance want to pass when the whole road is blocked.

What happened to emergency numbers?

Nigerians need medical help every second! Take it or live it, Nigeria is currently a volatile country; if fire is not burning somewhere, policemen will be shooting in the air and harassing protesters or tankers will be burning tens of people somewhere. Why then do we not have emergency services? Even ants have paramedics and emergency services.

It is getting increasingly worrisome that in Nigeria, you can be totally healthy this minute, and in the next minute – you’re gone. We all must come together to seek solutions to this life-taking problem.

Moradeun could be anyone tomorrow. It could be you or your loved ones. Let’s not wait until this chicken comes home to roost, let’s tackle it right now. Lend your voice and follow it up with actions.

P.S – You need to remember that the major problem is not the law, the problem is that this law is not being practiced at the grassroots level.