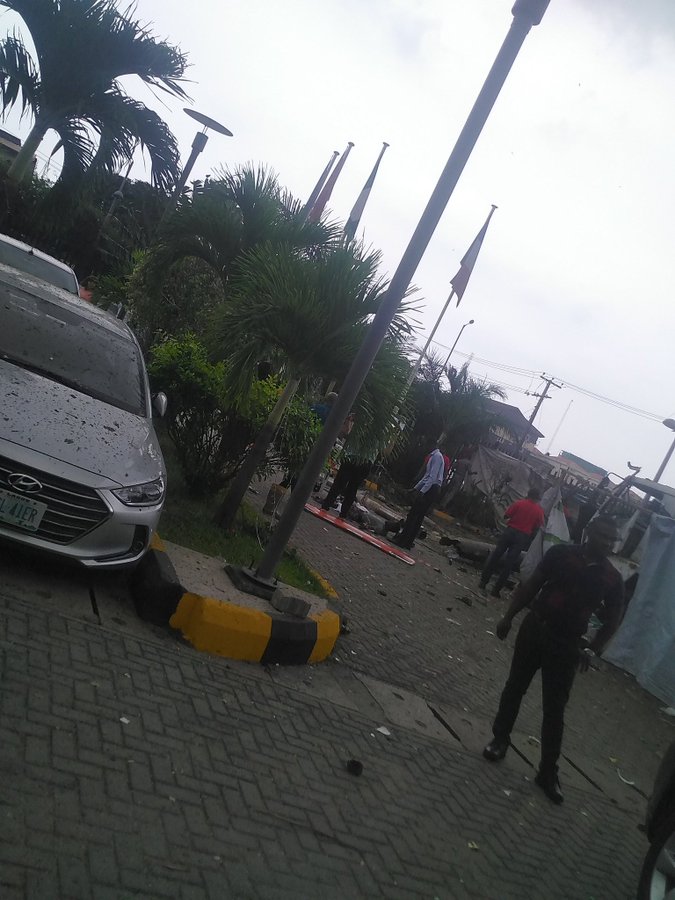 Twitter users have shared details of a reported gas explosion at Four Points by Sheraton in Oniru, Lagos.

A gas cylinder had, according to PM News, exploded while artisans finished a welding job on the hotel premises.

Photos shared on social media show rubbles on cars and people lying on the ground.

The situation is under control as a combined effort of the LASEMA Response Unit (LRU), Nigeria Police alongside staff of the hotel are on ground to ensure a swift recovery.

Check out the photos and video

Moments after the Gas Explosion at Four Points By Sheraton pic.twitter.com/vWtpCm655c

Here are photos from Four Points by Sheraton Explosion. For me it was a narrow escape. I almost parked right beside the site of the explosion before I changed my mind pic.twitter.com/piJsUdY7Zg

We Want #JusticeForMoradeun Because We’re Tired of Avoidable Deaths!