Ogunniyi Abayomi: With the Okada & Keke Ban, is the Megacity Just an Illusion? 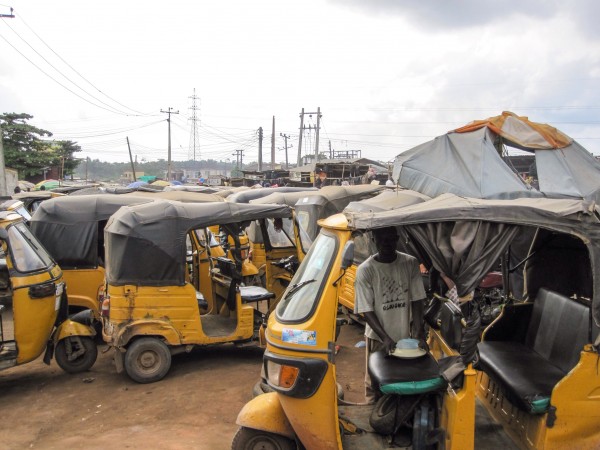 It began as a public announcement on radio and television that motorcycle and tricycle operation are banned in 6 local government area and 9 local council developmental areas across Lagos State. It was put into action on February 1st, 2020 by the Lagos State Government, ensuring there would be a strict penalty for lawbreakers.

This is a joke! I shouted, ranting against the decision of Lagos State to ban Motorcycle and Tricycle – popularly known as Okada and Keke across the state. The reality of this decision hit me when I realized the distance covered from home to the terminal was long and I had to trek. I also looked at the empty spaces once occupied by the motorcycle and tricycle operators across the road.

I saw people appear weary and tired because of the long-distance they covered from home to the bus terminal on foot. There were no alternative bikes to ease their journey or help them arrive at their destination. It reminded me of the story of the Israelite’s journey across the wilderness. The inclusion of Opay, O’ride, Gokada, and Maxi motorcycles aggravated the issue.

Following the ban, bus terminals across Lagos were overcrowded. At this delicate period, I examine the opinion of people towards the ban; seeing their points from a different perspective and articulating their thoughts on what should have been done better.

I saw an audience that was not happy about the decision. Many criticized Governor Babajide Sanwolu for making the decision without providing an alternative to ease the stress of walking to the bus stop that is far from home.

The opinions of the elites were different from the common people; they clapped for the Lagos State Government for enforcing the decision of banning the operation of motorcycle and tricycle across major roads in Lagos. Chief Adekoya, a business tycoon reiterated the point that operators of motorcycle and tricycle were reckless and impatient. Olu, a banker, described them as being disorderly and deserving of what they are getting from the Lagos State Government.

On the other hand, the operators of these motorcycles and tricycles are not happy with the decision of the Lagos State Government. Shola, who is depressed over the decision said, “how I won take chop and survive?” while pondering on the pain of his motorcycle being redundant till further notice.

The recent action by the Lagos State Government has not resolved the road issue we have always endured despite chasing away the motorcycle and tricycle operators from our roads. Being a largely populated city, we lie under the illusion of being a megacity when the common man is constantly threatened. People are deprived of their jobs, trades, and means of survival for the benefit of enriching the noble.

The challenges persist, the issues are repetitive with each administration, yet our endurance is misinterpreted as silence and compliance. If there are plans to compete with major cities across the globe, do we achieve that at the inconvenience of the common man?  Do we consider the discomfort created when we obstruct people’s movement in the name of road construction?

Arguments and debate never stop but the problem persists and we are not proffering solutions to certain issues that concern our facilities, social amenities, security, and welfare. We believe it’s normal when it is not. The manipulative schemes, melodramatic moment and the deceit of our continuity mantra failed us unconsciously yet we do not ask questions because we are satisfied with mediocrity; it is our means of being entertained despite the socio-economic challenges.

Whatever it is the government is churning out, certain things within our socio-economic structure are not well placed. Many are hapless, jobless and homeless in the mega-city of our dreams, yet we consider road construction the only thing that would solve our needs.  The socio-political structure needs to review its thought and stop convincing people to believe in its mediocrity.