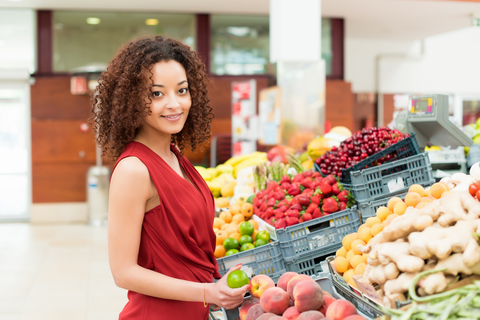 I was having a discussion with some of my friends a while ago and we talked about how selfish Nigerians can be. My friends were of the opinion that Nigerians are not just fond of throwing fellow Nigerians under the bus, they are also fond of climbing on other Nigerians back to get to the top. There’s a need to ‘eat as much as you can’ and an aversion to pulling other people up. Nigerians want to be seen, heard, felt and always at the top and they don’t mind doing it at the detriment of other Nigerians. This reflects in the way our politicians ‘eat’ with their 10 fingers and steal public funds as if they are about to die and want to keep the money for their generations unborn. It reflects in the way bus drivers swiftly hike their fares when they know you are stranded or the way market people want to swindle you when it is obvious you are a JJC.

My friend had just come back from an international trip and she went on and on about how the fellow Nigerians she travelled with kept on bad-mouthing Nigeria and Nigerians, perhaps in a bid to cozy up to the foreigners or look good.

I agree with all of these.

But I also brought another perspective to the discussion. Once, a Twitter user complained of how Nigerians derive pleasure in being better than another Nigerian. He claimed that rather than develop the ‘collaboration spirit’, Nigerians would rather compete (and fight) against one another to get to the top. And when they get to the top, they gloat about it and make others look dumb and lazy.

“When an economy is bad and 3/4 of a country’s population are poor, it becomes a survival of the fittest and citizens climb on one another’s head to get to the top. It becomes a competition. And in a competition, the winner always derives pride/joy in knowing they are better.”

Just like I told my friend, there is nothing like the Nigerian nature – it is human nature. It is more pronounced in Nigeria because our leaders – past and present – have weaponised poverty and impoverished the people. Resources are scarce and the people have to scramble for the little that is available.

It is human nature to want to put themselves first, to be selfish, to want to be better than the next person, to be greedy and wicked and mean. Some of the ‘good’ ones want to be the benevolent ones who are rich and keep themselves surrounded by the poor. These ones will be the generous people who give crumbs of bread and droplets of water to those who starve, just so they can be perceived as good and, in extreme cases, become the ‘lord’. Have you ever had – or seen – a friend who comes from a very rich home and gives you a lot of things because you come from a poor home, but then begins to get jealous and angry when you become rich and don’t need anything from such a friend? There are some people that are generous because it gives them a certain power over others.

This does not mean that there aren’t good humans. But don’t let me deviate. We’ll come back to this later.

While I argued that being selfish is not particularly a Nigerian thing, my friends argued otherwise, claiming that it is in our veins and an average Nigerian is bound to be selfish.

But is this so?

Absolutely not true! The outbreak of Coronavirus in the world has proven my point. In panic, people in Western countries have started cleaning out shelves in the malls and stocking up their homes with an excess of the things they need – thereby leaving others stranded and left with little groceries to purchase.

A typical example is Matt Colvin, who purchased 17,700 hand sanitizers with the hope of reselling it to people and making a profit out of it. It is amusing because there has been an increase in the price of sanitizers and toilet papers since the spread of Coronavirus and a lot of people cannot afford the price. Now imagine buying 17,700 sanitizers with the hope of increasing the price (again) and reselling it. This means that those who couldn’t afford the new prices of the sanitizers sold at the mall might not be able to afford the ones sold by an individual. Colvin – and others like him – has not only made it more difficult for others to buy sanitizers – even when they hvae the money, he has also made it difficult for poor people to be able to afford hand sanitizers. Isn’t it unfortunate that in the midst of a pandemic, some people are thinking of how to make profit at the detriment of others? Now, to combat Coronavirus, we need everyone – poor and rich – to be able to wash and sanitize their hands. Can you spot the irony of it all?

Matt Colvin isn’t the only one.

Tess Giddings is a mother of 7. Tess has a pile of 800 nappies, 4,000 wipes and 60 pints of milk. She wouldn’t be running out of groceries soon if it ever gets to that stage where everyone needs to remain in their homes to avoid the spread of the virus.

These two examples just proved my point: if there is a scarcity of resources, people are not just going to hoard things to themselves, but they will also climb on other people’s heads to get what they want. An average human wants to survive so badly that they don’t mind if their neighbour lacks, or, in extreme cases, dies, just so they can survive.

In this case, many people in ‘saner climes’ are very selfish enough to buy up all the groceries and toiletries in preparation for isolation. What they are saying, in short, is “other people can starve for all I care” or “I don’t care if other people have no soap to wash their hands or sanitizers to use. I’m good as long as I can afford and get them.”

You have to make a conscious effort not to be that greedy person who tramples on others to get the juiciest fruits. Or that selfish person who buys every sanitizer in the mall without considering that others may need it just as badly as you need it.

This life na scratch my back, I scratch yours. I understand that Nigeria is so hard, but I also understand that in this journey called life, you need people to pull you up and you need to pull others up too. Don’t tight everything to your chest. Don’t be selfish. As you are feeling the heat, I am feeling it too, so why do you want to break my back because you want to be rich or famous.

It is time for Nigerians – and the world in general – to stop thinking about themselves only. Me, me, me, all the time, is bad.

To be a ‘good’ person requires conscious actions and a positive mindset. Selfishness starts from grabbing the biggest sausage on the plate even when you know you’re not hungry. Or hiding that jar of water because you might be thirsty later when someone is dehydrated. Or stealing other people’s idea because the person does not have the financial means to execute it. Little things matter!

And no, selfishness is not restricted to Nigerians alone. Humans are selfish beings. Thankfully, you can rise above that, if you make conscious efforts to.